And they say there is no "Oa" in Paradise! 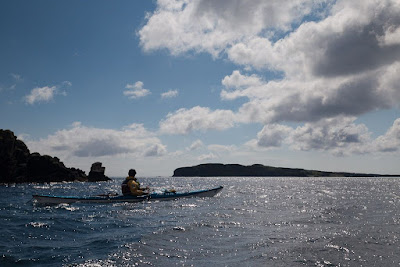 From Laphroaig we had intended paddling across Caolas an Eilein to the island of Texa. However, the north wind was by now rather strong and we didn't particularly fancy getting blown past the Mull of Kintyre towards Ireland! 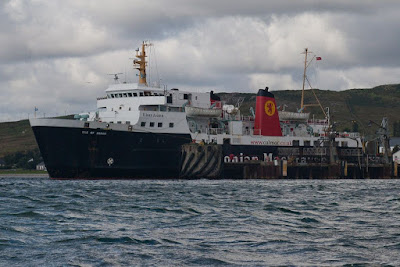 So we hugged the coast round to Port Ellen, where the MV Isle of Arran was lying at her berth. The wind was whistling out of Kilnaughton Bay. We used the lee of a series of skerries to hop half way across the Bay. Then Tony and I had to paddle across the exposed other half using a very high ferry angle and a lot of puff! 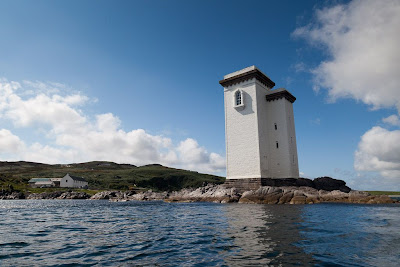 It was a relief to get into the shelter of the Carraig Fhada lighthouse. It was built by the Laird of Islay in 1832 to commemorate his wife who had died aged 36 years. We rested here for some time till we caught our breath... 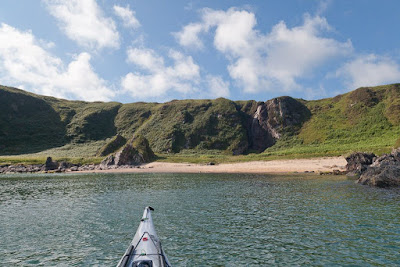 ...only to loose it again with the breathtaking beauty of the Mull of Oa (pron. Oh) coast. 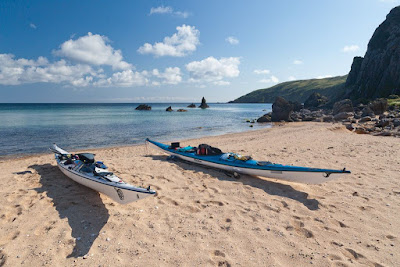 It was only 4pm but we had arrived in Paradise so... 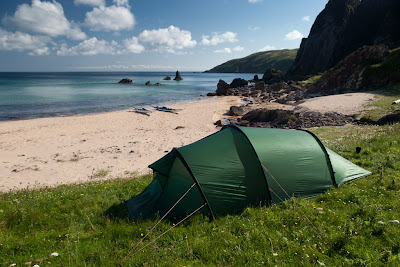 ...there was no point in going any further. 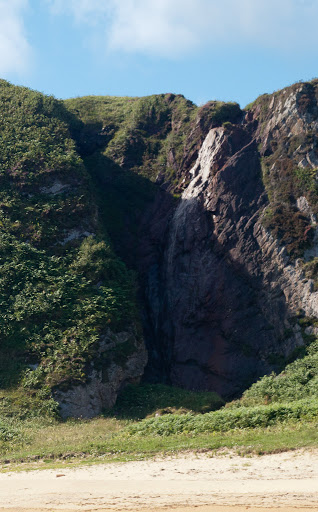 At the back of the beach, a burn cascaded over the top of the cliffs to form a natural shower. This was not just Paradise, it was Paradise with mod cons!

Posted by Douglas Wilcox at 7:00 am 5 comments: