The bright lights of Portpatrick 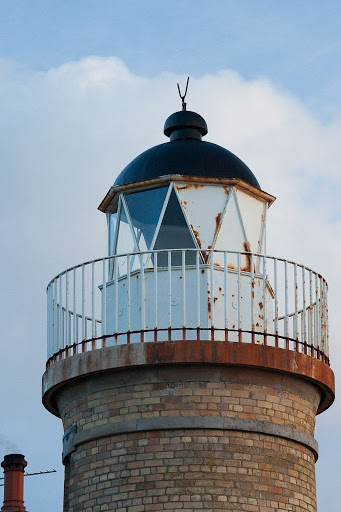 Arriving back at Portpatrick, we noticed an unusual thing about the lighthouse. All the panes in the lantern house towards the sea were blacked out by metal shutters, very strange.... 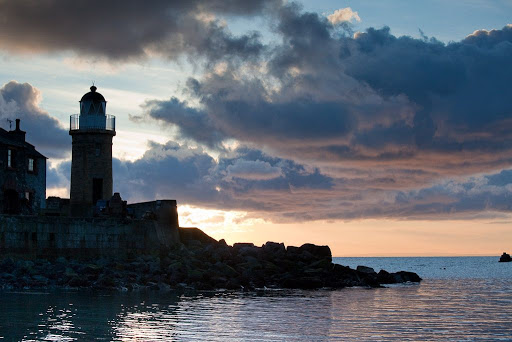 ...it turns out that after Portpatrick lighthouse was decommissioned in 1900, the villagers, who had no street lights, turned the lantern towards the shore (and the village) and then switched off the flashing mechanism so that the lamp shone continuously onto the village. This "street light" worked well until 1905 when the Lighthouse Board sold the lamp and its mechanism to Ceylon (now Sri Lanka). I wonder if the Board only found out about the street light after 5 years of lighting bills? 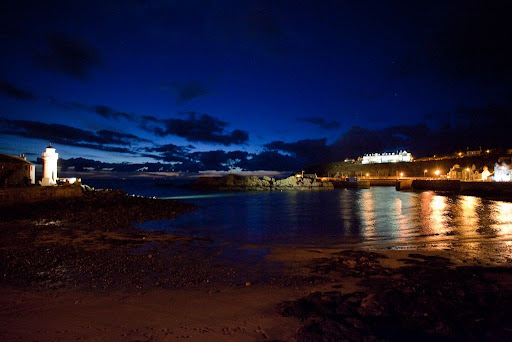 The observant reader will note that between this photo and the last, some considerable time has passed. What was the the explanation? Had we been transfixed by the undoubted beauty of Portpartick's harbour?

Actually not....when we returned to Phil's car, we discovered that the injured pheasant had made itself quite at home. The once prim interior of Phil's Honda was now like an unkempt hen house. We were stunned that one bird could create so much mayem. Looking at the situation, I felt David's diagnosis of a RTA was wrong. This bird clearly had a severe bowel problem, there was not an inch of surface untouched by bird droppings. Not only that, it was obviously moulting in preparation for the breeding season, there were feathers everywhere. If this was not enough, the ungrateful bird had clearly taken a dislike to the scotch broth mix (the purchase of which had so delayed the morning's departure) and expressed its displeasure by emptying the entire contents of the packet and then scattering them throughout the interior of Phil's car.

Phil is not often given to alliteration but he said quite firmly "I want the ******* pheasant out my car!" There was only one thing for it, in order to placate Phil, David had to buy a round of Guinness over at the Crown Hotel. The pub was crammed but the service was quick and a roaring fire secured a 10/10 for this conveniently situated sea kayaking pub!

I am very grateful to Tom for kindly providing this link of what happened to the pheasant, once David got it back to his veterinary surgery. 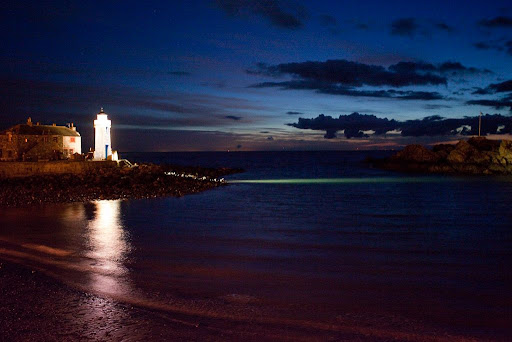 When we emerged from the pub, the distant lights of Ireland were twinkling on the horizon. What a great way to end another fantastic outing!
Posted by Douglas Wilcox at 9:08 am 5 comments: