Dead beat and washed up at Corpach Bay, Jura. 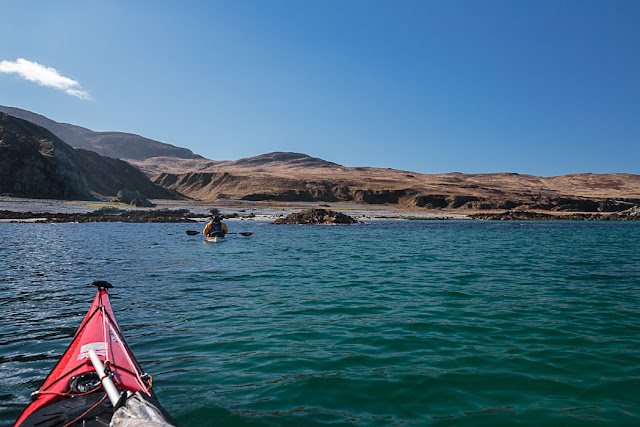 Well in need of a break, we were delighted to find a breach in the NW cliffs of Jura at Corpach Bay. 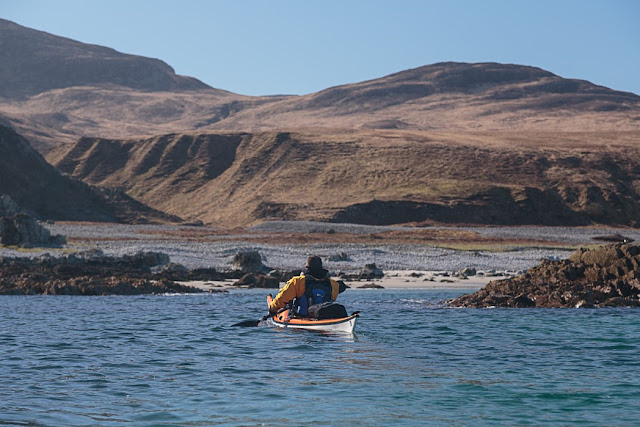 The name tells a little of the history of this lonely spot. "Corpach" means place of the corpse and it was here that the people of Kintyre, Jura and Islay would leave the corpses of the deceased if it was too stormy to cross to the burial isles of Oronsay and Iona. Caves near Ruantallain to the SW were mostly used for the passage to Oronsay to the south of Colonsay. The caves at Corpach Bay were used for the passage to Iona. One of the largest is called Corpach Challuim-chille which loosely translated means place of the the corpse of the church of St Columba. 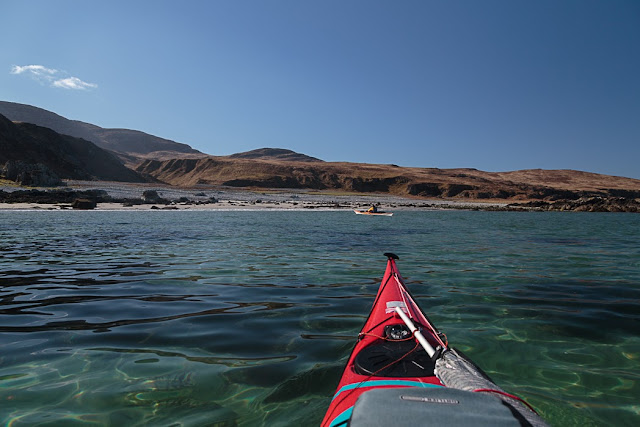 Anyway after our hard paddle through the Corryvreckan the previous day and our early start, we were feeling dead beat and so where better too rest than Corpach Bay? 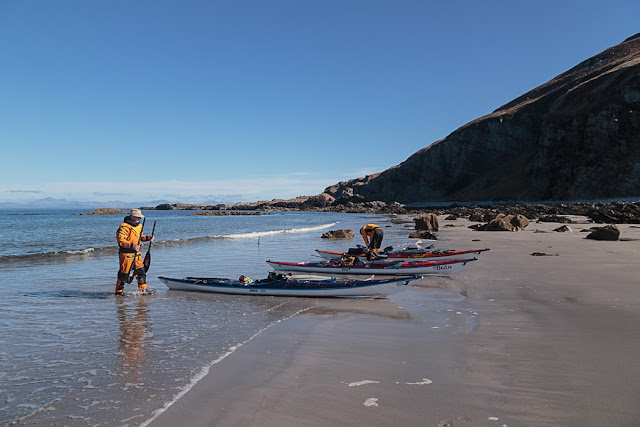 After swapping paddles over, (we are currently comparative testing the excellent new VE Voyager paddle) we... 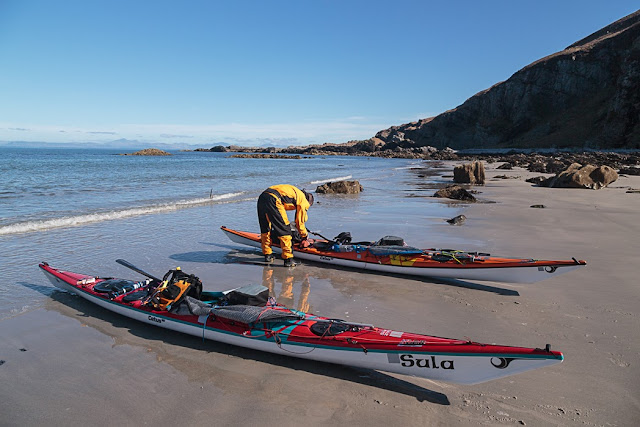 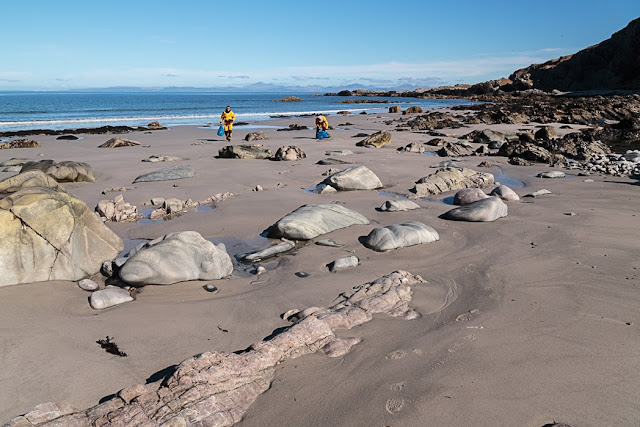 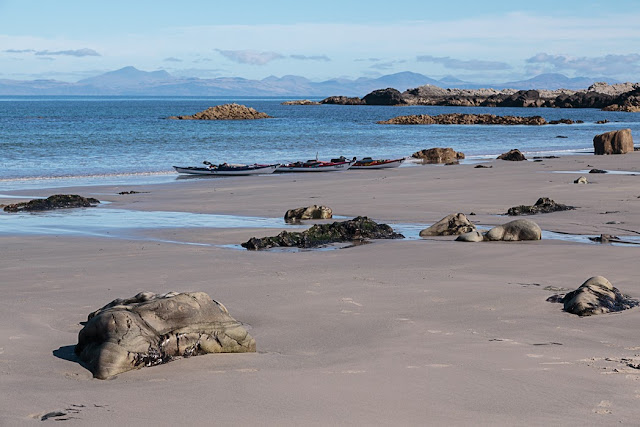 Corpach Bay was easy to land on when we visited but it is often exposed to heavy surf and I would not like to meet these boulders in a loaded boat being driven in by surf. 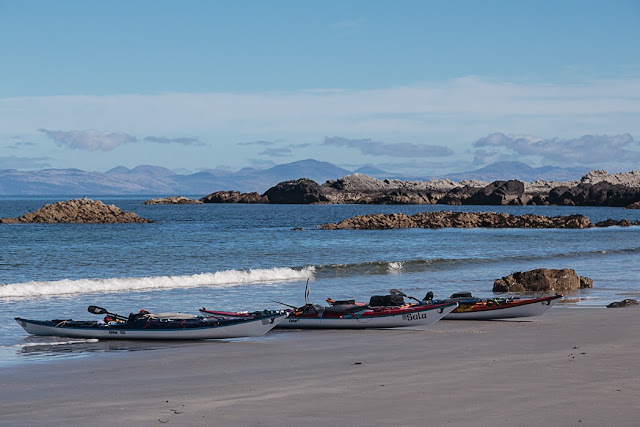 We could hardly belive how quickly the swell had dropped as less than 48 hours previously, the ferries were not running. 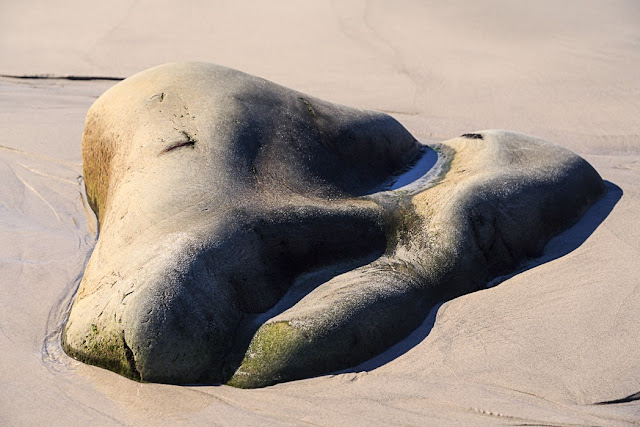 I  thought this boulder buried in the sand looked a bit like a misshapen skull. 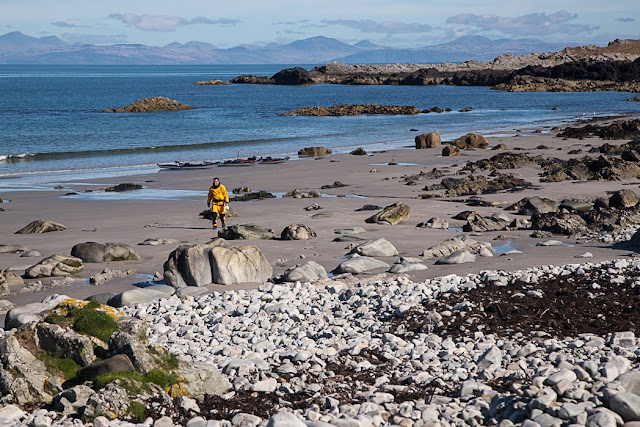 Anyway, the sky was blue, the sun was shining and what a spot...

...we had found for second breakfast. Ian and briefly considered a quick swim in the sea as a wash up but a chill wind from the north had picked up. We were not the only ones to be washed up on Corpach Bay... 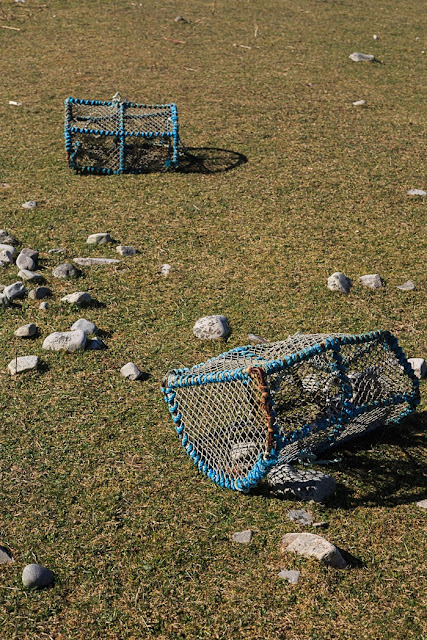 ...these lobster pots and cobbles from the beach had been washed up by winter storms and were now left lying well inland from the beach.