Taking the Sound of Mull to the Next World. 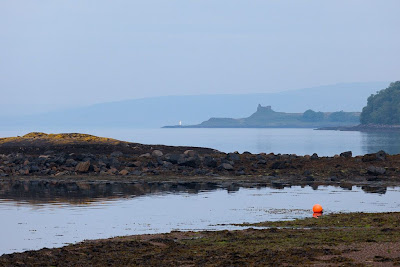 The second day of our Morvern trip dawned still and calm but the peace of early morning (and our slumbers) was shattered... 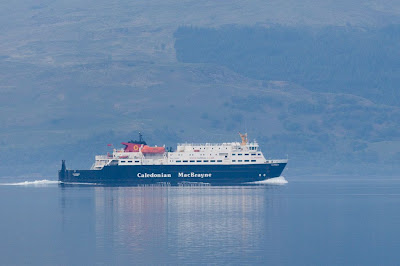 ...by the MV Clansman. She is the noisiest of the Calmac ferries at the best of times, as she burns the heaviest grade of fuel oil in her diesels. However, her crankshafts were just about to fail catastrophically and so the decibels this morning were deafening. 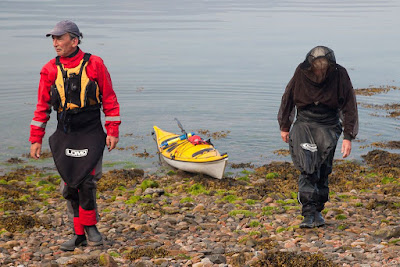 Unfortunately the racket had roused every midge in Morvern, as effectively as any luncheon bell. By now Phil was bitterly regretting his lack of protective attire. It is, after all, rather discomfiting to find that one's good self  is no longer top of the food chain. 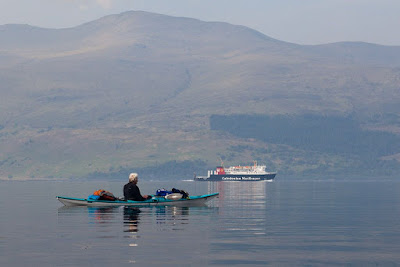 It was with some relief that we found ourselves on the water and free from the local predators. 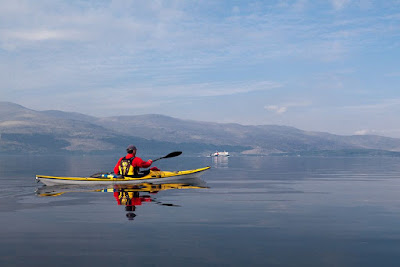 The Sound of Mull was like a full length mirror that wonderful morning... 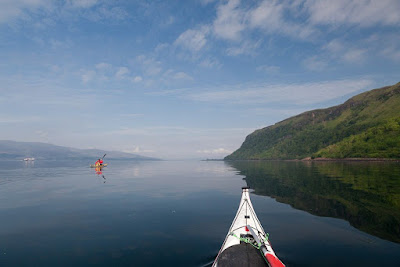 ...as it stretched away to near infinity, transporting us into another World. 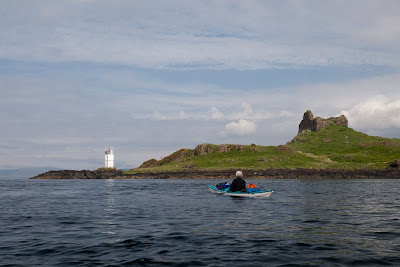 The water of the Sound remained unruffled, until the flooding tide met with Ardtornish Point, which juts out from the Morvern coast. The modern lighthouse contrasts with the crumbling walls of Ardtornish Castle.

It was at Ardtornish that John of Isla, the first Lord of the Isles, died in about 1386. On the first stage of his journey into the Next World, his remains were carried away up the Sound of Mull by a fleet of birlins. Their destination was the distant and sacred Isle of  Iona.

We paddled on in the wake of the Lords of the Isles.
Posted by Douglas Wilcox at 11:06 pm 2 comments: