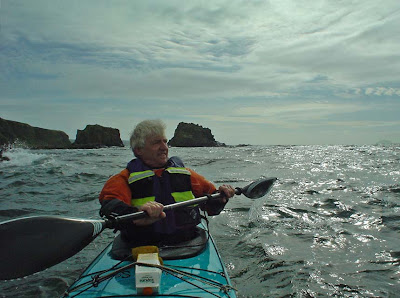 I have previously written about the Anchorage Bar in Dunure on the Ayrshire coast of the Firth of Clyde. It has recently changed hands and been extensively refurbished, so in our customary thorough manner we chose to pay another visit. Willy decided not to come due to the forecast of 4 to 5 getting up to 6 later. His brother Cameron, who is an oil rig supply boat captain, thought it would get a wee bit rough off the Heads of Ayr later in the afternoon. So just David and I set off from Maidens to use the SW wind and swell to power up to Ayr in the double. 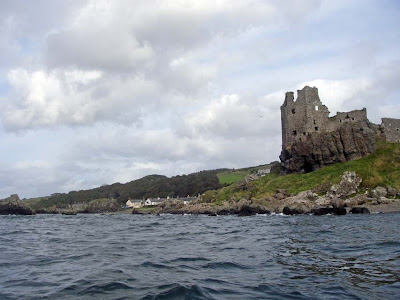 Approaching Dunure ,do not be distracted by the ancient ruins of Dunure Castle on the right. The Anchorage is behind the row of little fishermen's cottages which are built at right angles to the little shingle beach which is partially sheltered by offshore skerries. You can also land at a slipway within the harbour (shown in the link to the previous post). 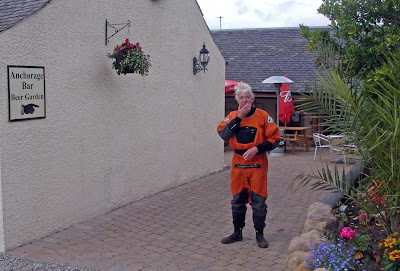 We approached from the beer garden which is a very short walk from the sea. Your granny could manage it. It had been decidedly thirsty paddling and we were really anticipating the ice cold Guinness. David decided to smarten up by wiping the saliva from his lips. 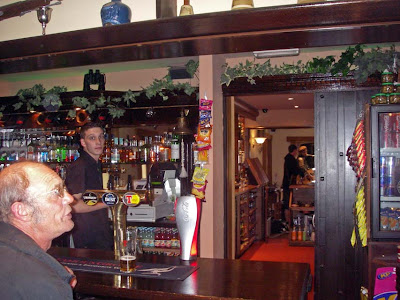 We walked in across the nice new wooden floor. I noticed some sandy drips trailing behind David as he confidently made his way to the bar. Two pints of Guinness were served with cool efficiency as we listened to the live music. We found ourselves seated on stools beside an upturned barrel. A large guy called Sean asked if we were divers. It turned out he was a prawn boat fisherman who also does lobster pots as a hobby. He commented that it was probably a bit bumpy out there. Chatting away, Cameron then joined us. He also said it looked bumpy and was glad Willie had not come. We began to feel quite comfortable in this company and felt we had earned some small measure of respect. Since we were paddling a double, we thought we could justify a double round. It all seemed to slip down so easily but we realized that nearly an hour had passed!

As we were leaving the beer garden, two bored 13 year olds (playing Gameboys) asked what we were doing in "thae funny suits". Quick as a flash, I told them I was Batman and David was Robin. My wit was completely wasted; neither had a clue about who these costumed crusaders were. 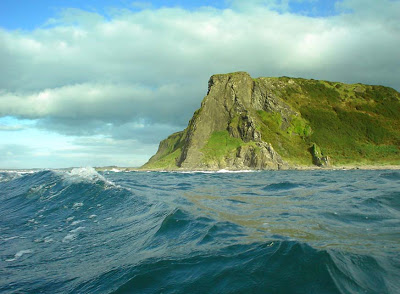 Launching the double in the shore break that had built up (as we were boozin at the nappy and getting fu' and unco happy - from Tam o' Shanter by Robert Burns) was decidedly dodgy. In the front cockpit , I slammed down from what seemed like a considerable height over several breaking waves. Things calmed down a bit in deeper water but Sean and Cameron were right, it was a little bumpy off the Heads of Ayr. 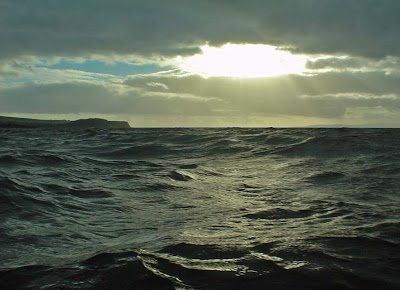 Once round the Heads the steep seas flattened off and we were able to surf the double at up to 16km/hr with both of us doing stern rudders to stop the old girl broaching. 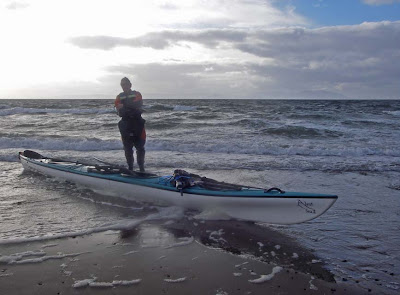 Safely back at Ayr and another review is completed. Its tough work but someone has to do it.
Posted by Douglas Wilcox at 7:43 pm 3 comments: