I saw just a flicker of respect cross their weather beaten faces. 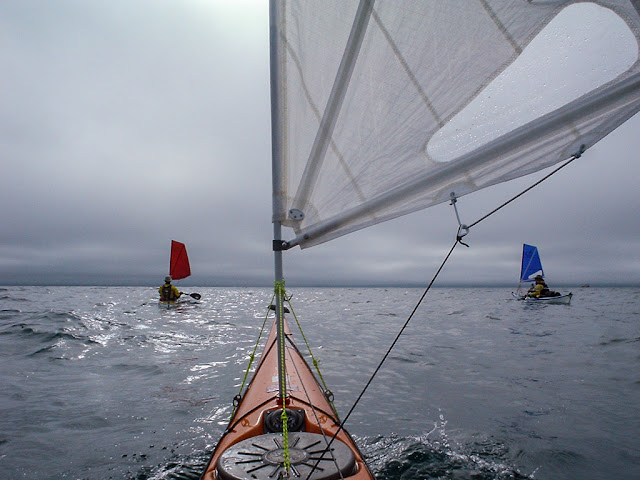 We enjoyed a fair breeze and made rapid progress for the first 6km of the 16km crossing from Ailsa Craig to Girvan but then... 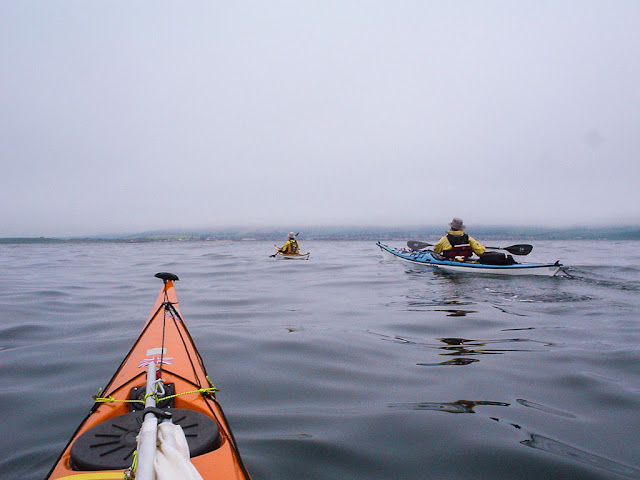 ...the wind dropped and our pace slowed but ever so slowly the buildings of Girvan emerged from the sea fog. 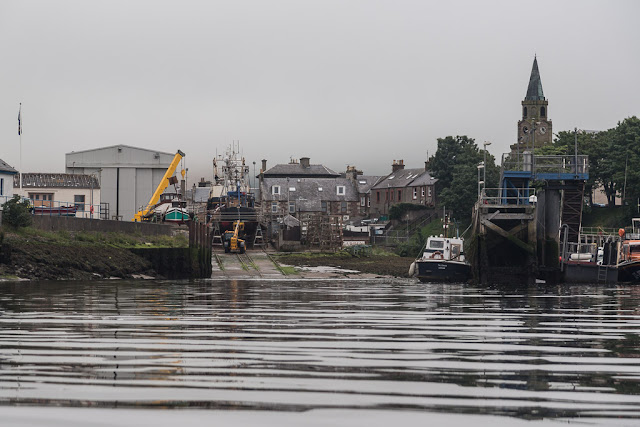 I decided to take a quick explore of the River Girvan which flows into the sea through what is now Girvan harbour. 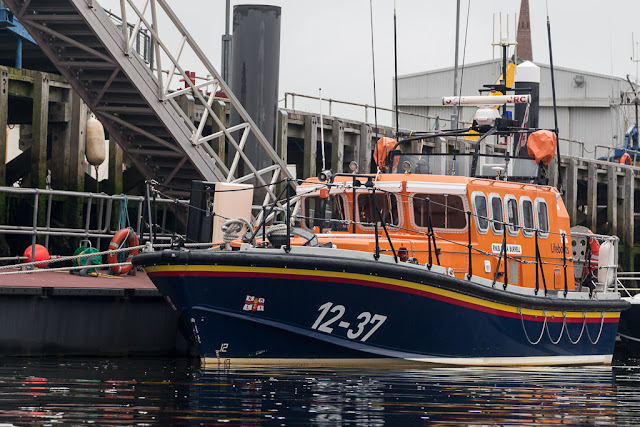 I passed the RNLB Sylvia Burrell, a Mersey class lifeboat. 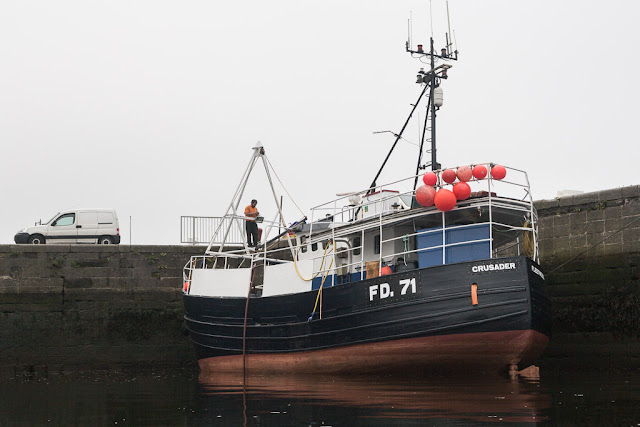 Then a visitor from Fleetwood FV Crusader. 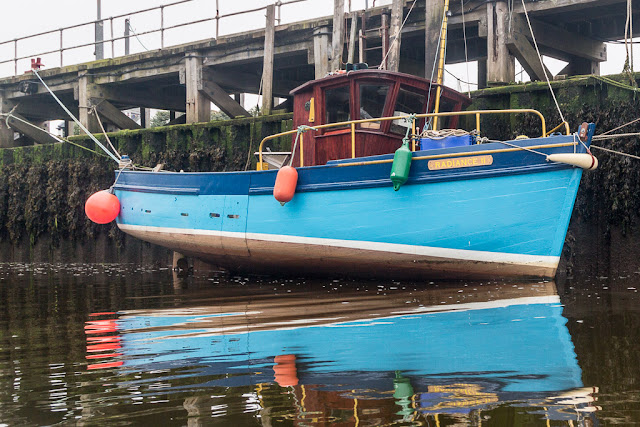 MV Radiance II is a retired wooden fishing boat. She was originally called Ruby III and was built in 1984 by John Gaff of Girvan. She has been recently restored. 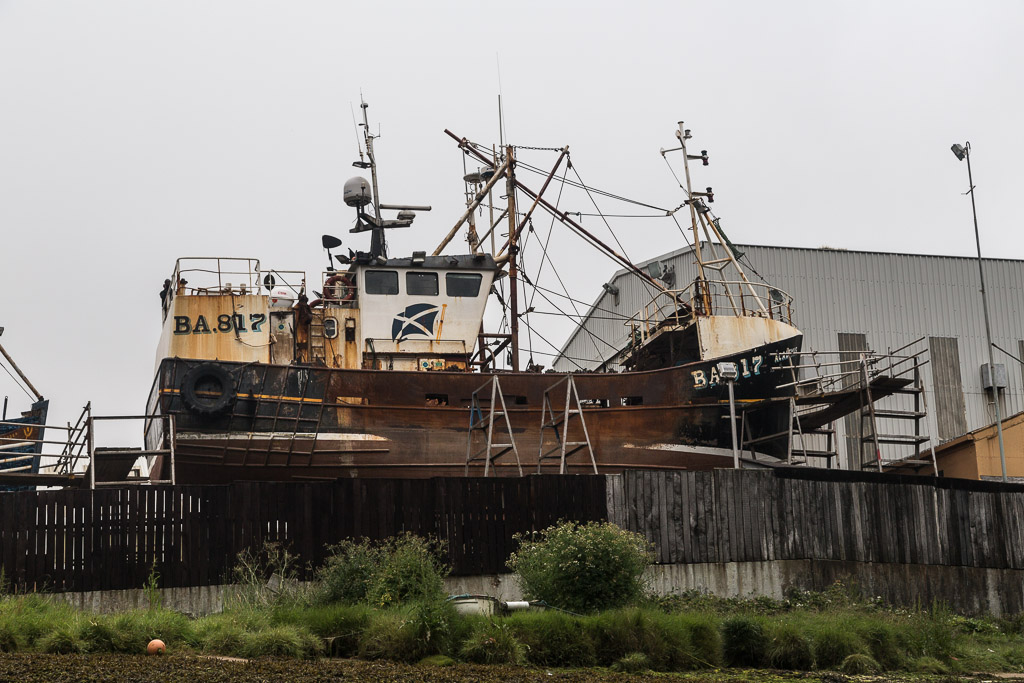 John Gaff have stopped trading but Alexander Noble and Sons still run a boat building and repair yard in Girvan harbour. They specialise in RNLI refurbishment work. BA 817 FV Academus was in for a refit. In April 2005 she had been rescued by the Mallaig RNLI  lifeboat after she fouled her propeller on a rope off Canna. 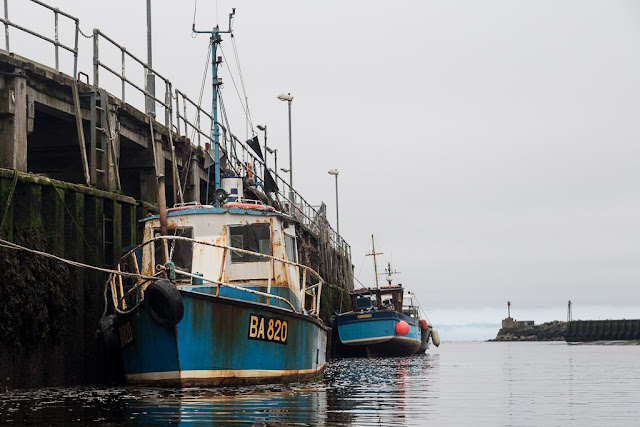 As I  passed FV Moian BA 820 and Radiance II, a couple of fishermen leaned over the harbour wall and asked "Have you guys just paddled in from Ailsa Craig?" 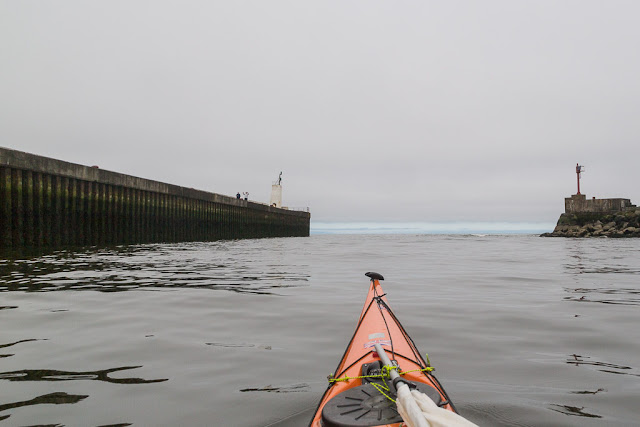 I looked them in the eye and said "We have actually come from Campbeltown" I saw just a flicker of respect cross their weather beaten faces. 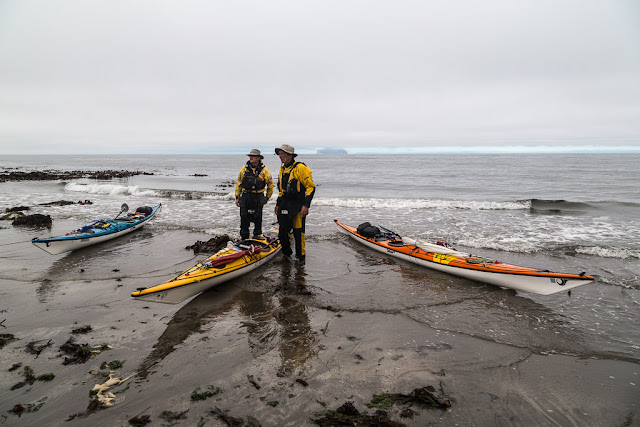 I joined Tony and Phil on the sands below Girvan beach car park where Phil had left his car overnight. My Mum had taken unwell during the previous night so Phil offered to run me back to Ardrossan to collect my car while Tony would continue to paddle on his own past Turnberry and Culzean to be picked up by his wife at Croy Bay. Tony and I had paddled nearly 100 kilometres to this point. 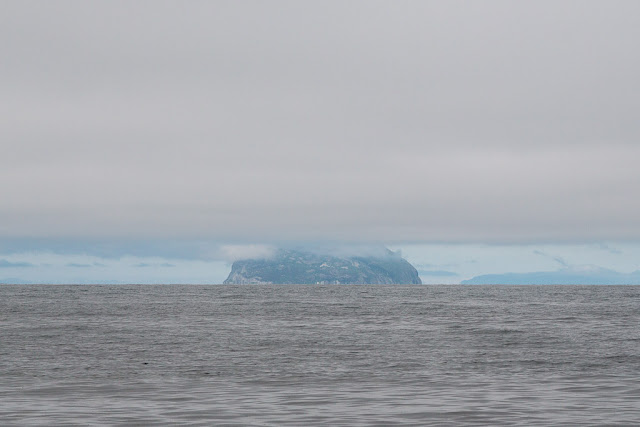 As we looked out to Ailsa Craig and the distant Mull of Kintyre we knew we had had one of the best paddles ever.
Posted by Douglas Wilcox at 10:06 pm No comments: