After leaving the Heads of Ayr, the coastline swings round to the SW and we caught our first glimpse of Ailsa Craig. 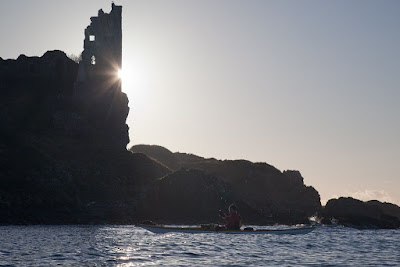 We then came to Dunure, our second castle of the day, which like the first, was perched right on the edge of a cliff. 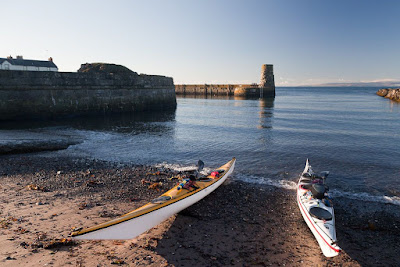 We landed within the little harbour below the castle. 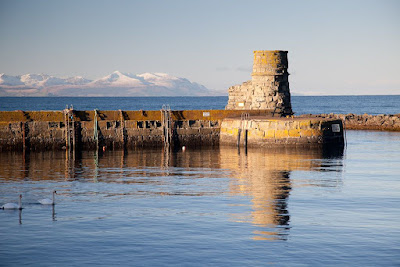 In the summer it is full of recreational boats but these two swans had it pretty much to themselves. The quay side consisted of two pitches of sheet ice, the crossing of which carried the risk of a close inspection of the swans. The reason for risking this icy crux was that the water in our drinking bladders had also frozen and to put it bluntly, we were drouthy! 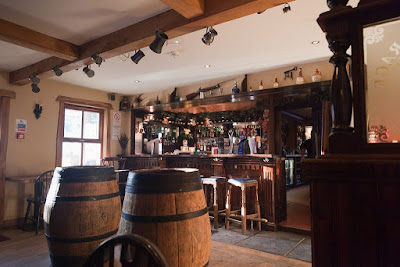 Like all good harbours, Dunure has a pub and one which welcomes sea kayakers! 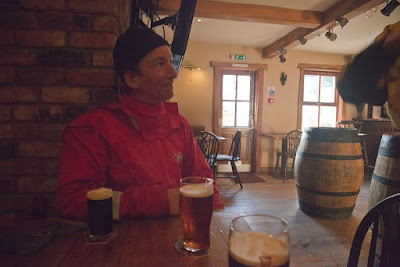 How do you like your Guinness? Why, we will take the Extra Cold, just to warm us up thanks! We didn't stay too long, given the treacherous ice that lay between the pub and our kayaks. 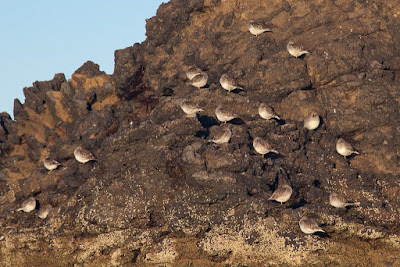 We were not the only ones to stop at Dunure for a warm up. This small flock of redshanks had found a south facing rock to catch the sun and keep out of the cold north wind. All but two "watchmen" had their heads under their wings. 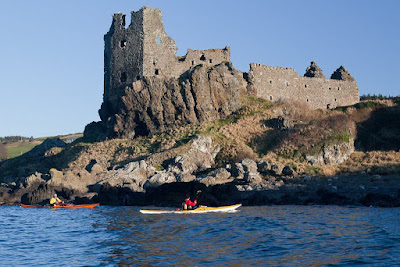 Soon we were back on the water, leaving the comforts of Dunure in our wakes.
Posted by Douglas Wilcox at 8:53 am 2 comments: