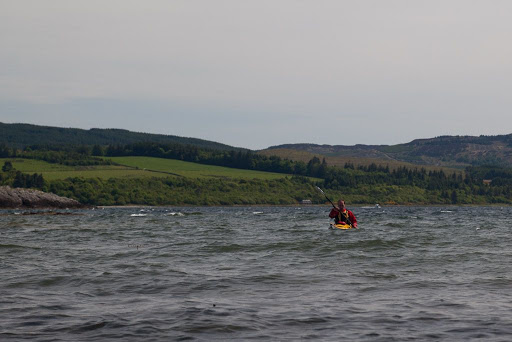 From Castle Ewen we continued north up Loch Fyne. Phil is a very fast paddler but was no match for my Flat Earth sail in these breezy conditions. 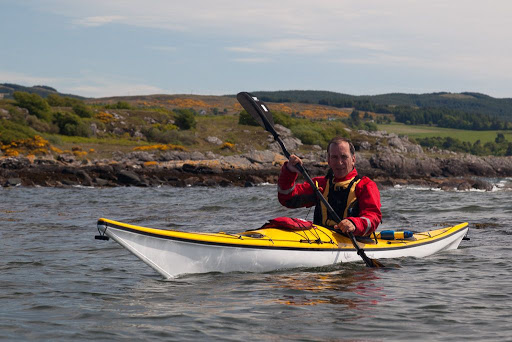 Every so often, I would drop the sail to let him catch up! 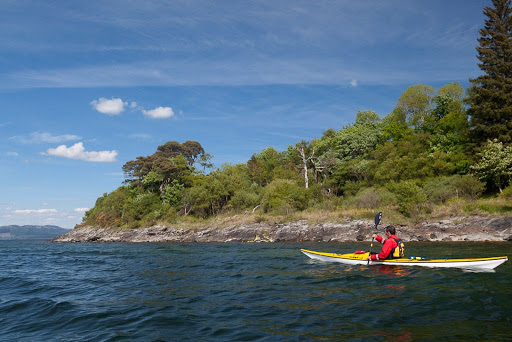 North of Kilfinan, the golden sands gave way to grey rocks that plunged straight into the blue waters of Loch Fyne. 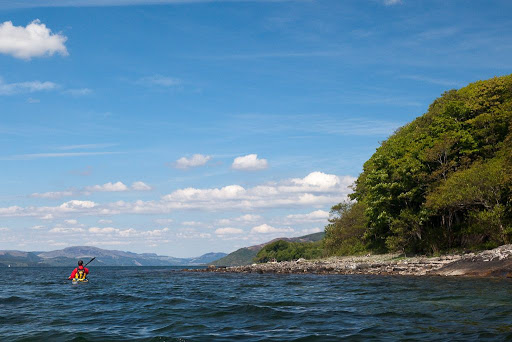 A wonderful mixed woodland of deciduous and coniferous trees grew right down to the high water mark. Rounding a headland at Ballimore, Loch Fyne stretched away for 20km until it eventually twisted, out of sight at Furnace. Beyond there, it extends for a further 22km to the head of the loch. 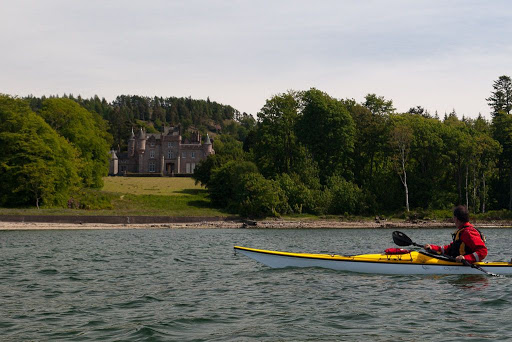 We came across the 19th century Ballimore House which nestles within
designed policies, woodlands and gardens. Unlike many of the big estate gardens round the west coast, it is not open to the public as it is the private estate of Baron Van Lynden. At low tide we would have seen the estate's oyster racks along the shore. The clean water here and tidal flow, accelerated by the spit at Otter Ferry, produces excellent oysters, which may be purchased at the the Loch Fyne Oyster Bar at the head of the loch. 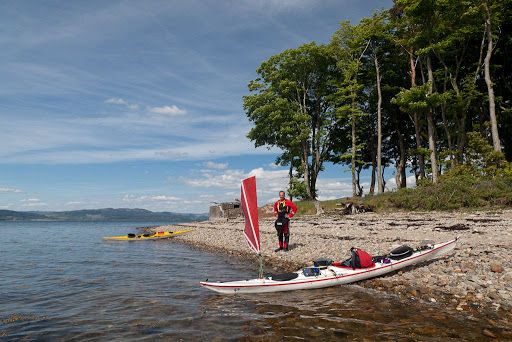 Eventually we arrived at the great spit or oitir that gives Otter Ferry its name. We had chosen to be here near high water. At low tide you could choose to take a 3km detour out round the spit and back or portage from one side to the other. By now we had been paddling for some time and all this talk of oysters had us salivating and ready for dinner. We had in mind a visit to the Oystercatcher Inn, which was within spitting distance away, just on the other side of the spit!
Posted by Douglas Wilcox at 7:00 am No comments: