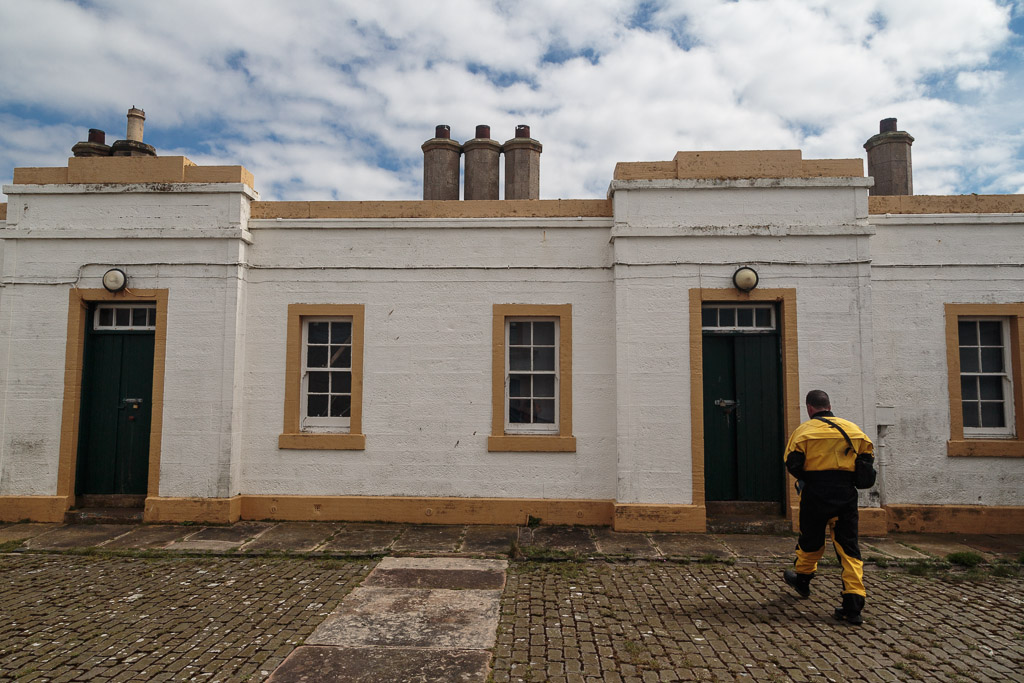 The keepers' cottages at Pladda lighthouse have the Stevenson trademark flat roofs. They have been sold by NLB after the last of the lighthouse keepers left in 1990 when the light was automated. After he left the service, former keeper Peter Hill wrote an excellent book called "Stargazing: Memoirs of a Young Lighthouse Keeper". In it he describes some of the time he spent on Pladda. Another former keeper Fred has an interesting web site with a page devoted to Pladda, which he worked on in the 1970's.

When Tony and I visited in 2007 the cottages were occupied by someone who I believe worked in the London fashion industry. Tony and I had a good chat with him and Tony even climbed onto the roof to fix his TV aerial. The cottages are slowly lapsing into disrepair compared with the immaculately maintained lighthouse towers.. 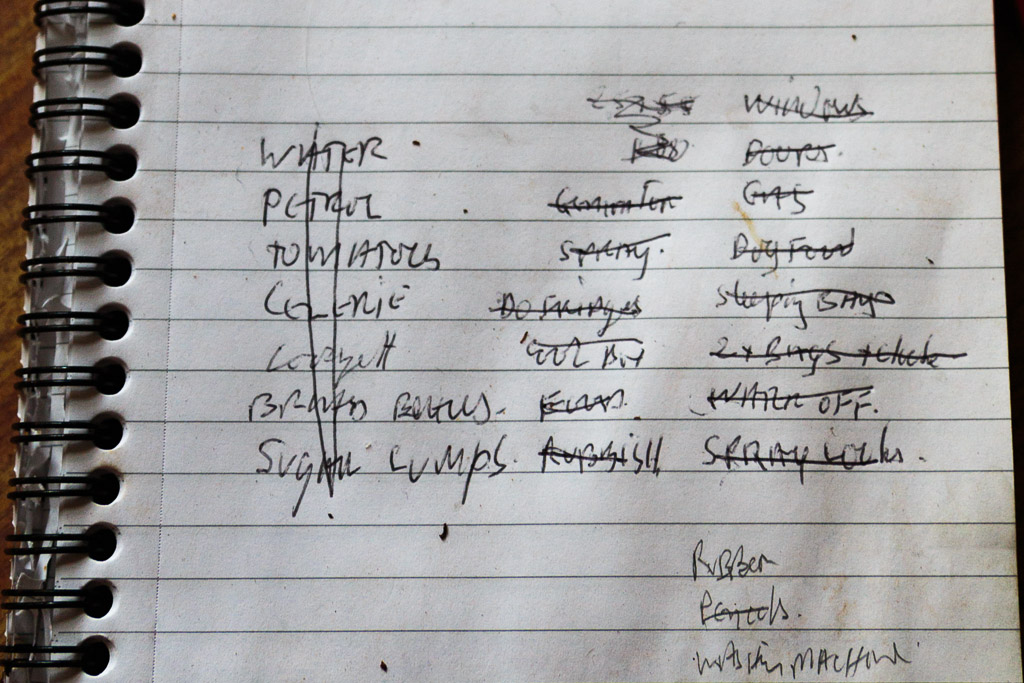 On this occasion no one was at home and the door was unlocked... only a check list for leaving was found on a table along with... 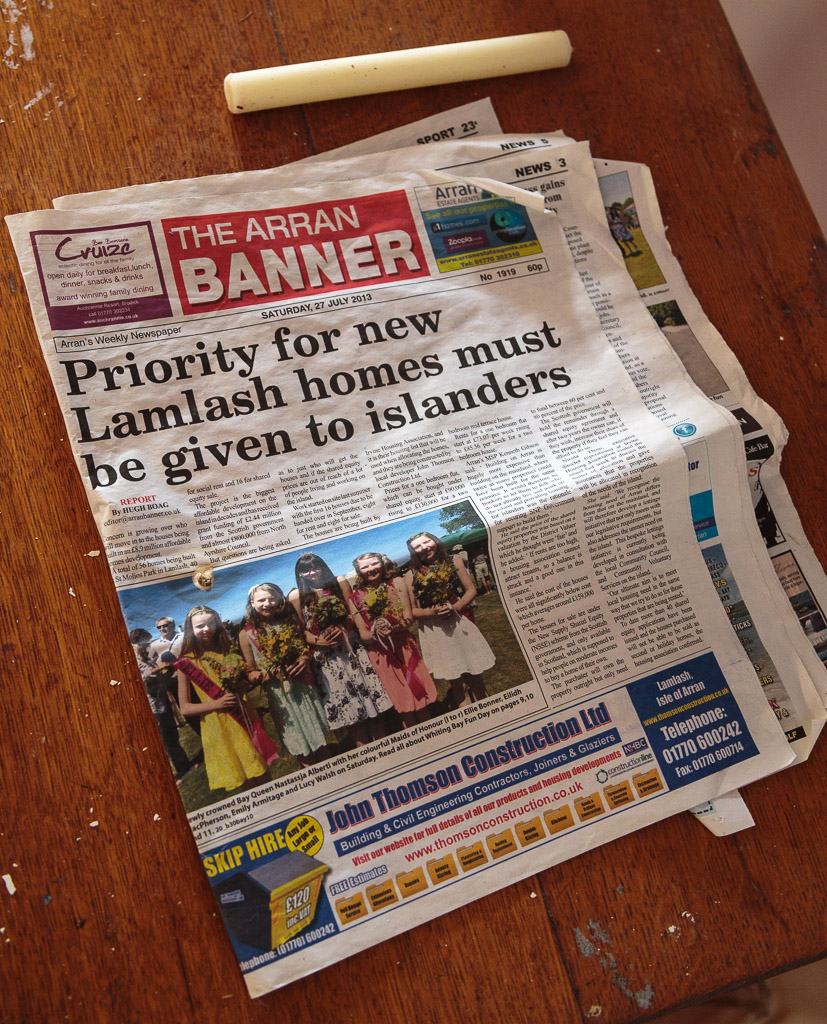 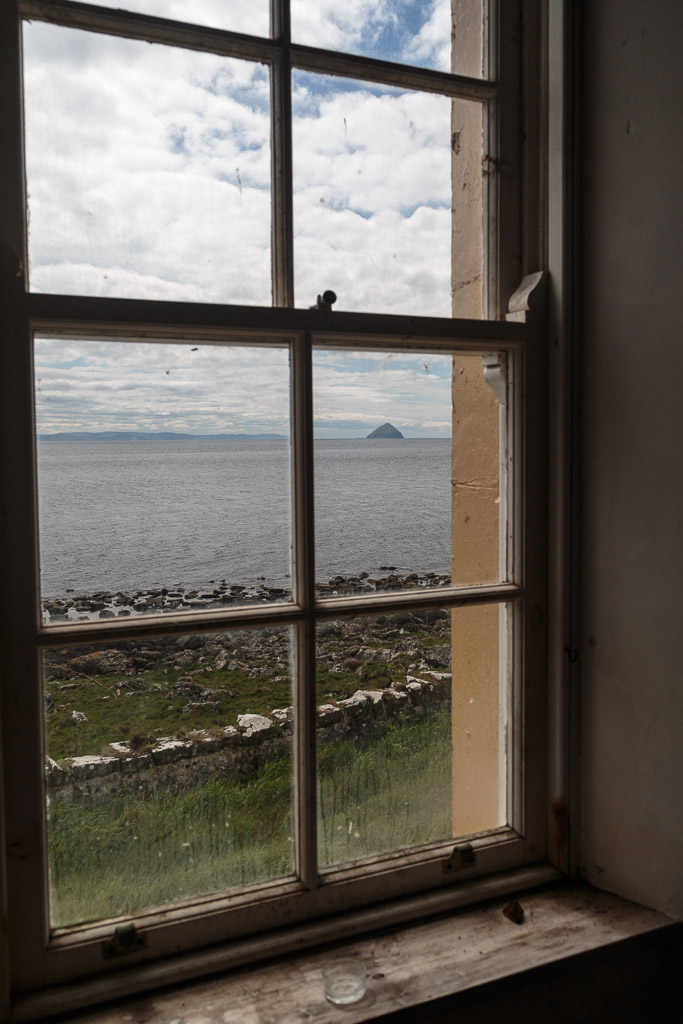 The curtain-less window looked south to Ailsa Craig and sadly... 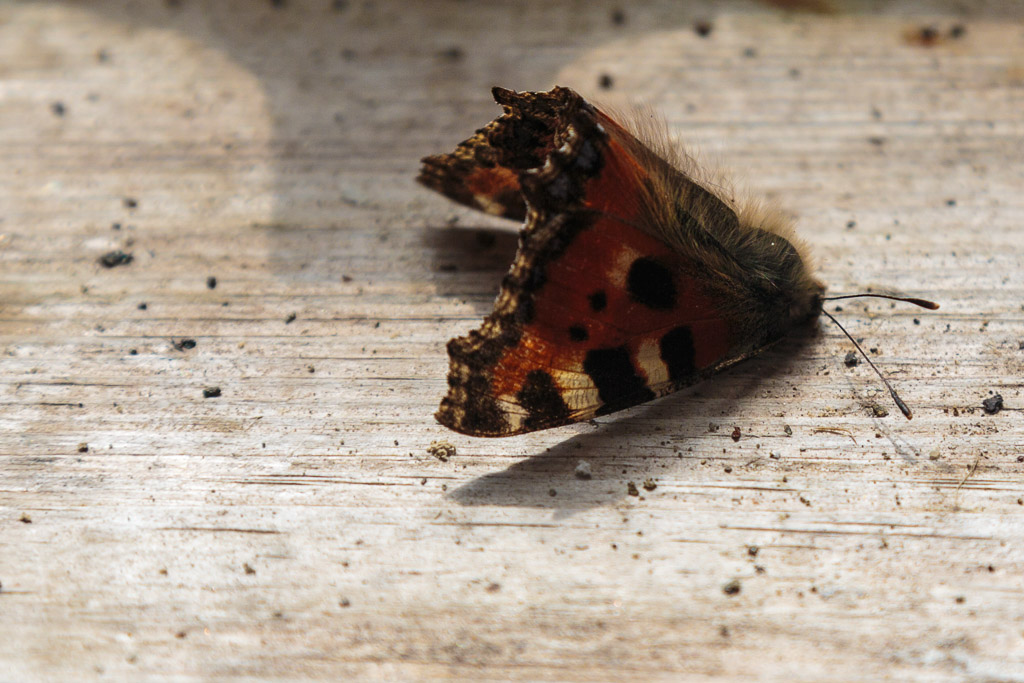 ...this dead butterfly on the window sill could not leave through the glass. 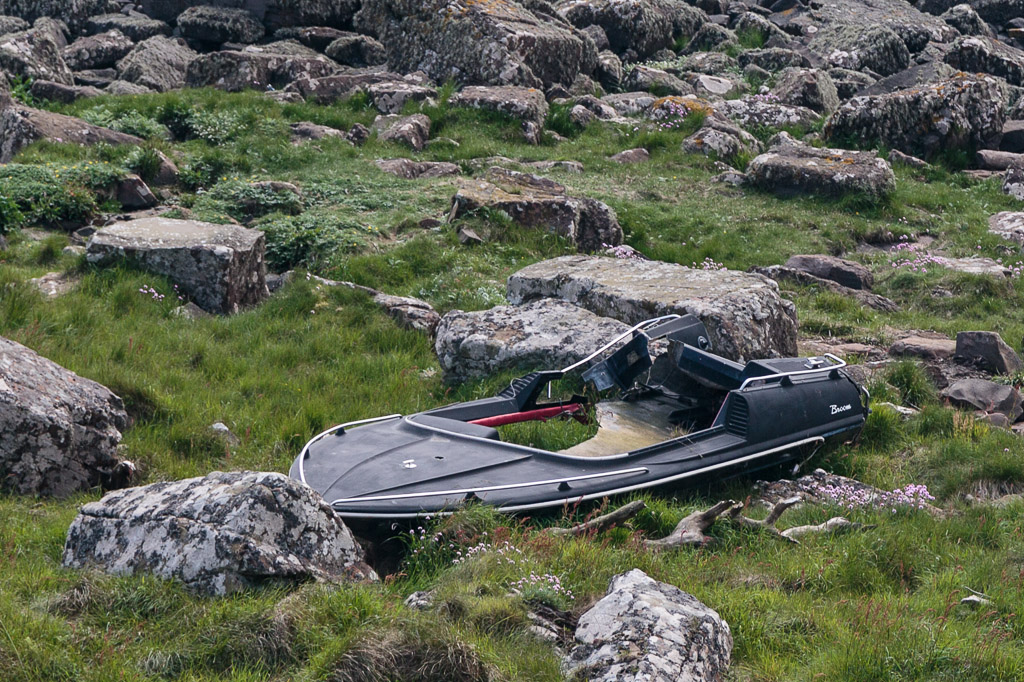 Below the window this old speedboat had been cast high and dry by a great storm. Like the butterfly, she had seen better days and will never leave the island.. 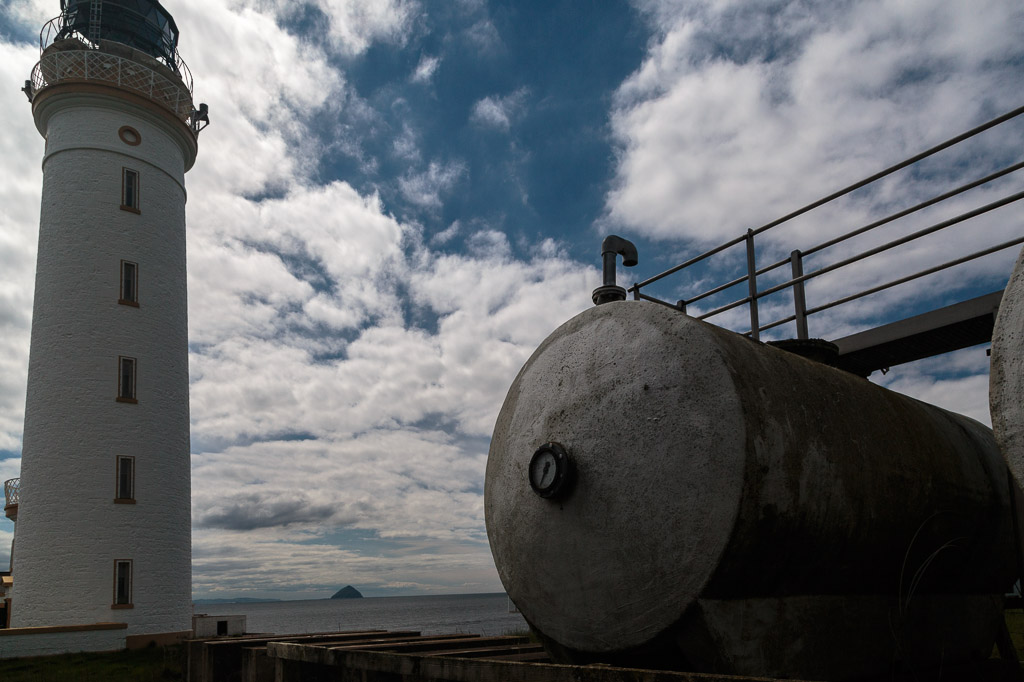 As we left we passed the four great paraffin tanks that once kept the original lantern burning but... 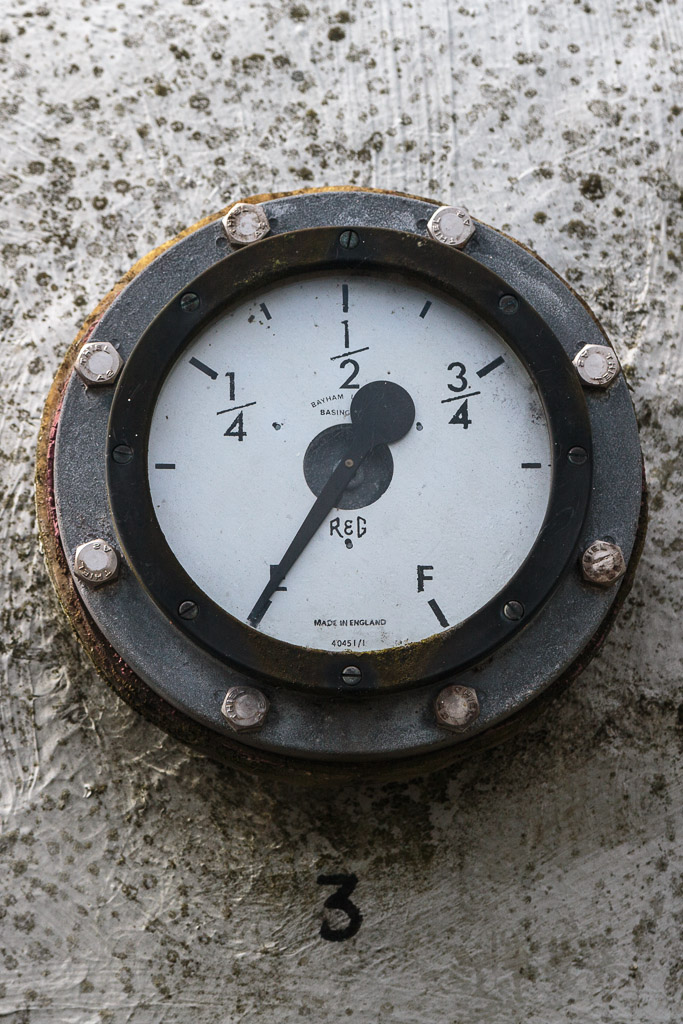 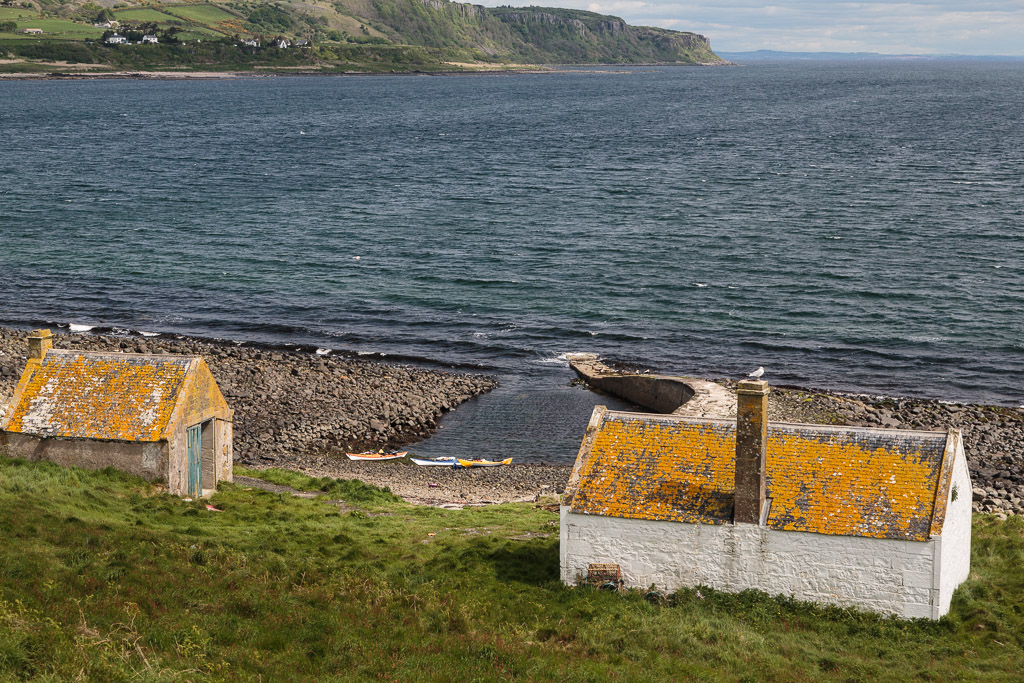 It was now time for us to leave and we returned to the little harbour where we had left the kayaks.
Posted by Douglas Wilcox at 8:50 am 2 comments: