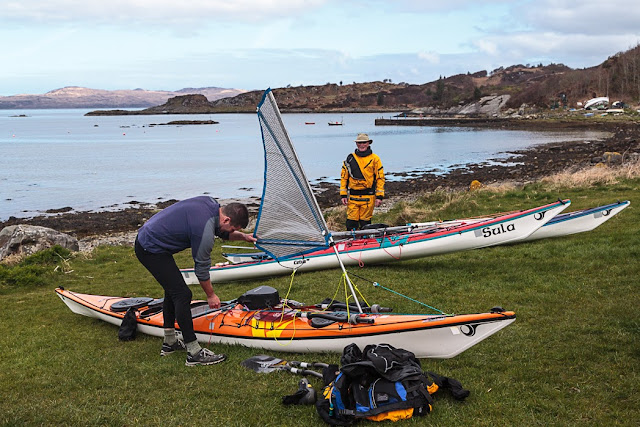 Ian, Mike and myself met at Carsaig Bay on the west coast of Argyll on the morning of Tuesday 19th April 2016. Our original intention had been to set off on the preceding weekend but we are not masochists and it was so windy that many of the ferries were not operating on the Monday. 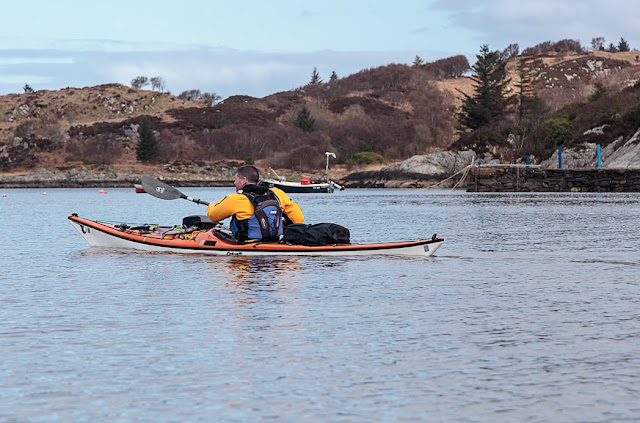 We set off as the tide was flooding northwards. 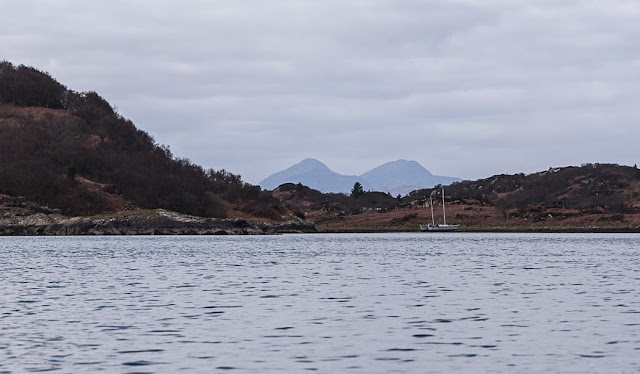 The Paps of Jura (27km away to the SW) rose above the headland guarding the south side of Carsaig Bay. 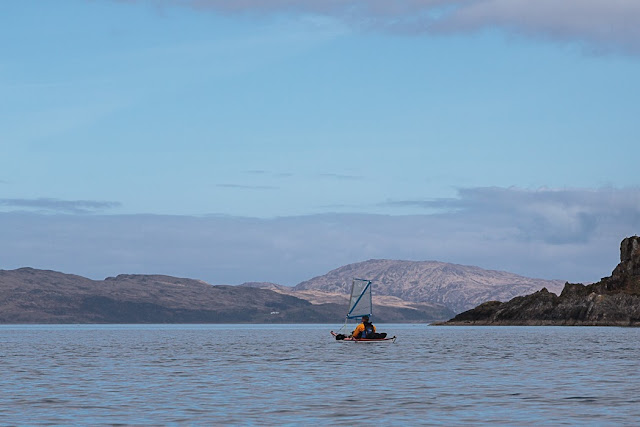 As we emerged from Carsaig Bay we caught sight of the low north end of Jura stretching away to the bulk of its northern neighbour the isle of Scarba. Our destination was the Gulf of Corryvreckan which lies between the two. 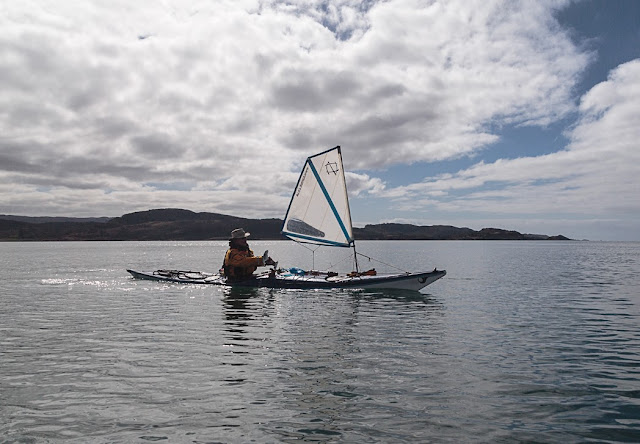 A very light breeze got up which... 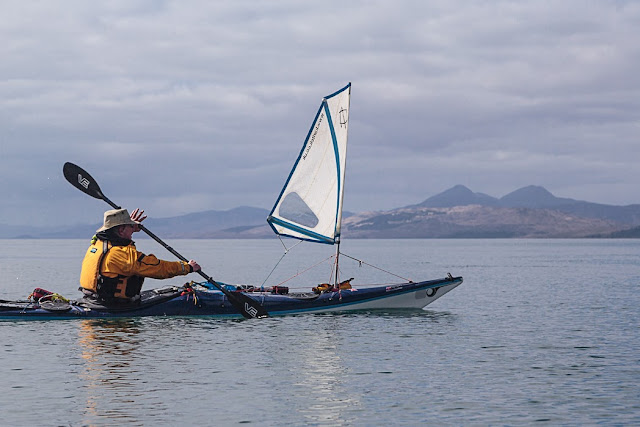 ...filled our sails as we paddle sailed straight across the Sound. In the hour of the crossing the tide carried us 5km up the coast of Jura where we... 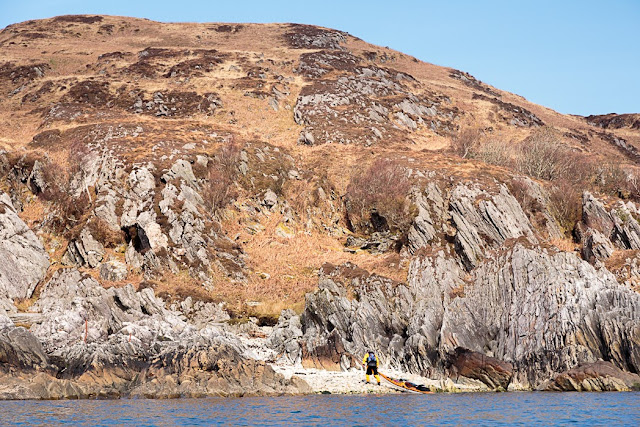 ...made landfall at Port Ban Mhic-a-Phi.  After our keels kissed the pale cobbles of the beach we stepped onto the ground of the hallowed isle of Jura, spiritual and actual home of the Jura Superstition which we carried in case of emergencies.
Posted by Douglas Wilcox at 9:21 pm 6 comments: