Paddling east, the next Ardnamurchan headland we came to was low lying Ockle Point.

Once we rounded Ockle we could see the final headland of the day in the distance. Rubha Aird Druimnich was sunlit and standing out against the dark slopes of Rois-Bheinn (878m) beyond. 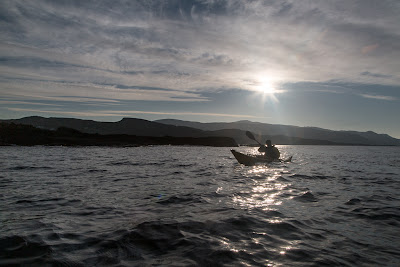 The sun was steadily sinking to the SSW and... 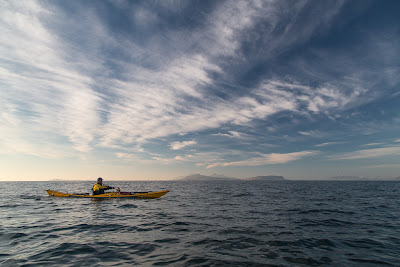 ...Muck which was directly in front of Rum when we started was now lying away to the left. 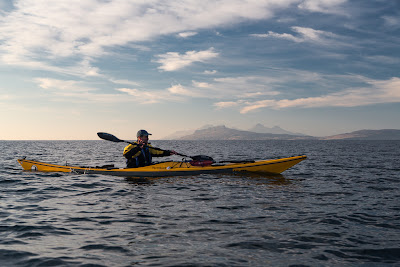 The convoluted folds of rock on Rubha Aird Druimnich were thrown into sharp relief by... 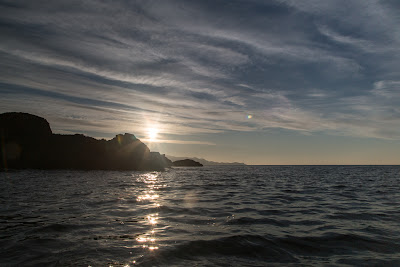 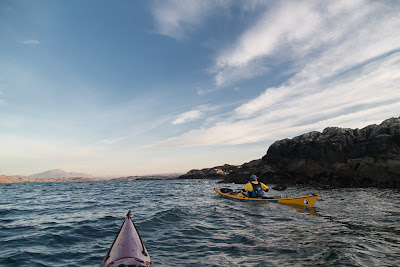 We now turned SE for the final 5km. Ian and I hoped to make the shifting sands behind the beach at Cul na Croise before sunset. We tried... but we didn't make it.
Posted by Douglas Wilcox at 7:00 am No comments: