Greenan, the fourth castle of Carrick, and a corpse. 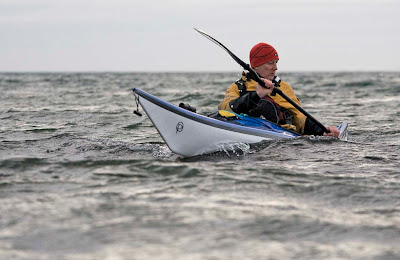 Leaving Dunure (and its quickly receding tide) we made good progress NE towards the Heads of Ayr. 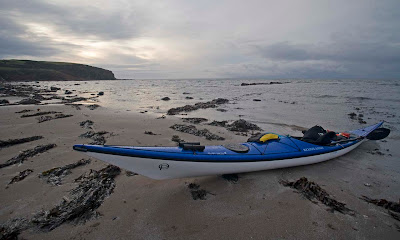 Spying a convenient landing spot, we took a short break at Bracken Bay. 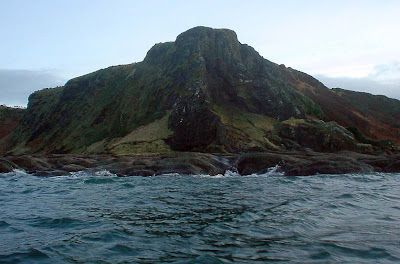 We passed the Heads of Ayr, which are the remains of the lava flow from a volcano on the Carrick Hills. This was active (at the same time as Ailsa Craig) when Europe and America began to drift apart as the Atlantic Ocean widened. 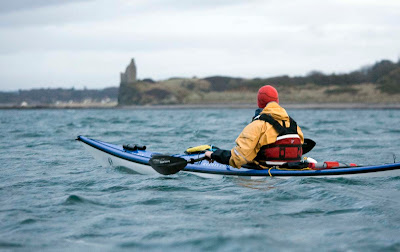 At last we paddled past Greenan Castle, the fourth castle on this sea kayaking tour of "the four coastal castles of Carrick". 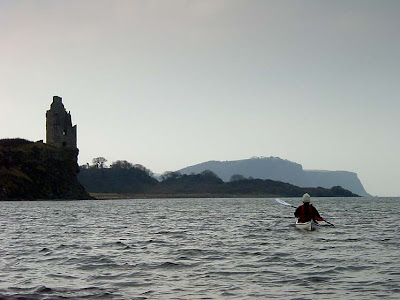 This photo (from a previous trip on 09/11/2003) shows the castle's supreme defensive position on the very edge of a cliff to the south of Ayr. There have been defensive buildings on this site for over a thousand years but the present tower house dates from the 16th century.

In 1602 Sir Thomas Kennedy of Culzean spent the night at Greenan prior to setting off on a long ride Edinburgh. Unfortunately he only made it a few miles to St. Leonard's woods in Ayr. He was ambushed and murdered there by a kinsman, Thomas Kennedy of Drummurchie, who was a Bargany Kennedy. The Culzean and Bargany Kennedys were bitter enemies and their long and bloody feud was immortalised by Sir Walter Scott in "An Ayrshire Tragedy" and by SR Crocket in "The Grey Man".

The road where Sir Thomas's corpse was discovered was renamed Corsehill Road. I used to live in Corsehill Road and on stormy nights, when the wind was howling through the trees, it was always a relief to shut and bolt the door! 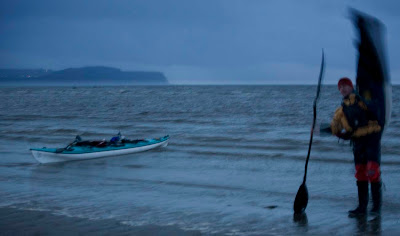 The day was nearly done by the time we got back to Seafield beach at Ayr. We made our way home up Corsehill Road in the gathering winter darkness. Of Sir Thomas, there was not a sight. May he rest in peace.

And that brings to a close our four castles (and three pints and innumerable tales) of Carrick sea kayaking tour. I hope you have enjoyed "paddling" along with us on the way.