Crossing the Rubicon in the Dorus Mor 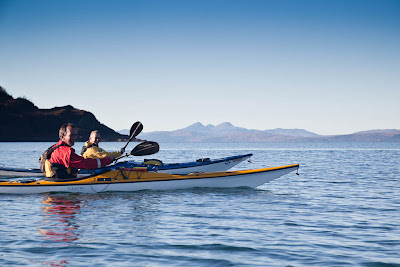 We paddled out of the shady confines of the hills surrounding Loch Crinan and emerged into a sunlit Sound of Jura. 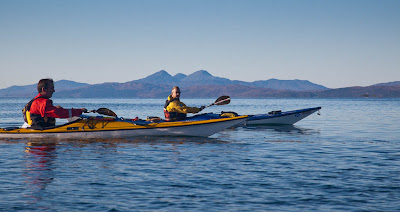 The unmistakable outline of the Paps of Jura defined the horizon to the south west. 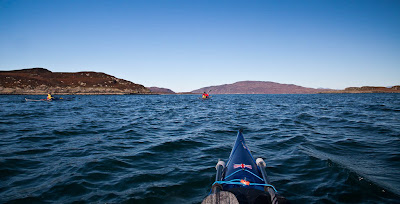 We were now in the narrowing northern reaches of the Sound of Jura and the full force of the spring tide was accelerating us towards the tidal channel called the Dorus Mor (the Big Door). 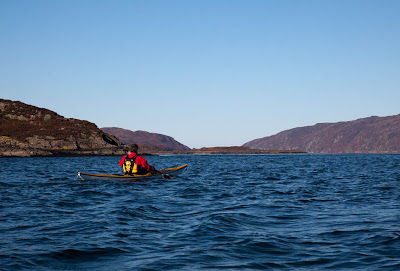 We were harnessing the gravitational energy of the solar system. We were were set on a voyage, like an interplanetary probe that uses the gravitational pull of one planet to accelerate past and slingshot on to the pull of another. But in our case, islands replaced the planets. 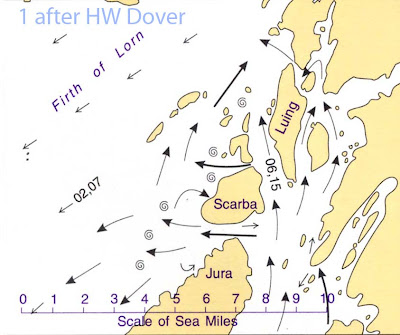 As we approached Garbh Reisa, we were about to cross the Rubicon point, beyond which it was not possible to break out of the current. After that point we would be at the mercy of the tides and could only go where they wished to take us! 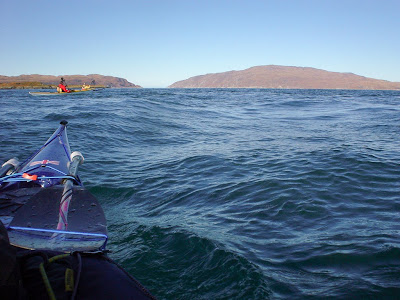 We were now in the grip of tidal forces that propelled us through the Dorus Mor at 18km/hr. 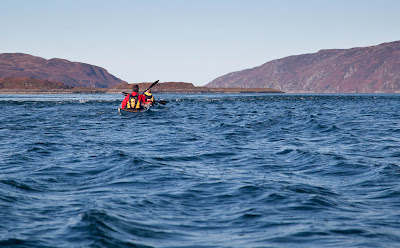 Once through the Dorus Mor, the tide floods past the little island of Reisa an t-Struith before its headlong dash towards the jaws of the great Gulf of Corryvreckan and its waiting whirlpool...
Posted by Douglas Wilcox at 8:58 pm No comments: