In the picture: a blaze of glory in Glen Etive 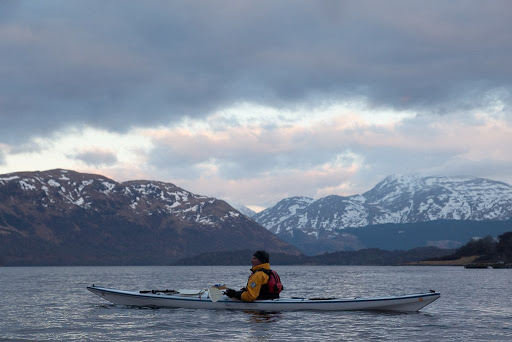 By the time we launched from Achnacloich, on the south shore of Loch Etive, the sun had set. With the approach of night, a layer of cloud flooded the sky from inland and the summit of Ben Cruachan was lost from view. 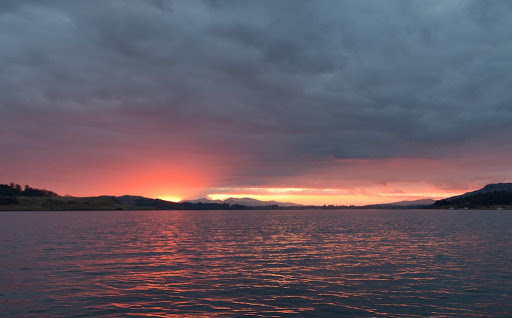 After a while, I turned round to see where Jim W was. I was amazed to see that the sun, which was by now well below the horizon, was illuminating the advancing edge of cloud in a fiery glow above the distant mountains of Mull.

I quickly got the camera out and shouted directions to Jim, to get him in the picture."North, North, North!" I shouted. He was some way away and could not hear properly. He changed direction but had no idea what the excitement was about... 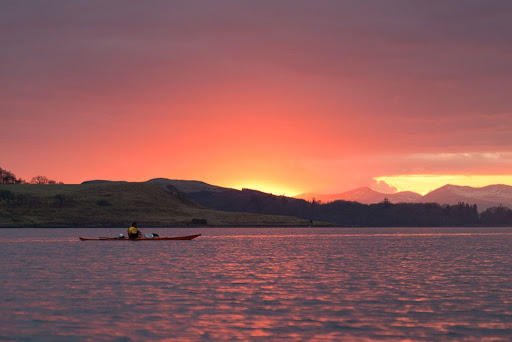 ...until he too stopped in his tracks... 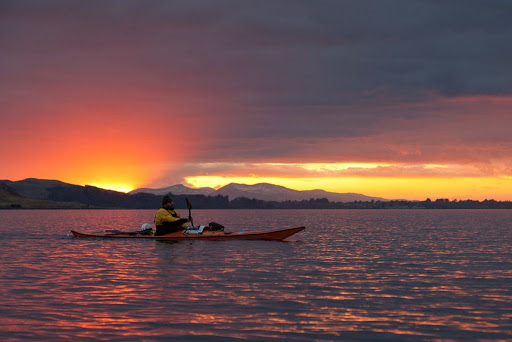 and looked over his shoulder.

The four of us agreed it was one of the most spectacular sunsets we had ever seen but all too quickly its ephemeral beauty was gone and the glen was left in the gathering darkness.
Posted by Douglas Wilcox at 8:48 am No comments: