The ancient keep of Ailsa 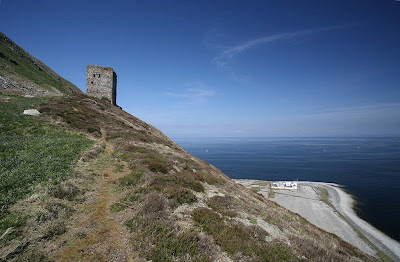 From the lighthouse, we made our way up to the ancient keep of Ailsa Craig castle. It was built in the late 14th century and granted to the abbots of Crossraguel Abbey by a charter of King Robert III in 1404. 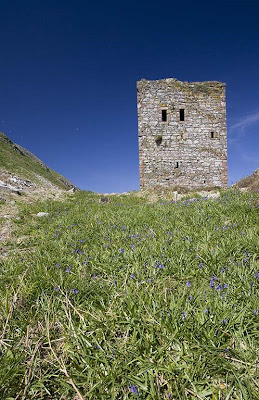 The final approach to its austere walls was up a steep bank of bluebells whose colour matched the sky. 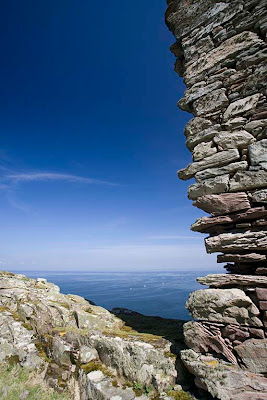 Although it was never laid ruin by a siege or by later builders looking for stones, its ancient corners have been weathered by centuries of winds. 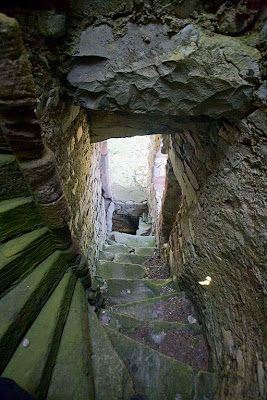 Inside it is possible to climb to the great hall, if you step over the hole which leads to the dungeon. 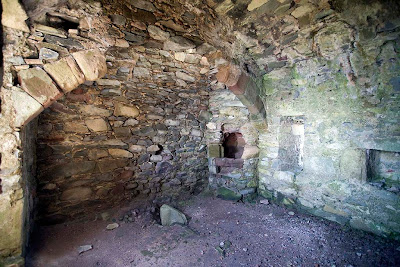 Inside the hall the great fireplace and a side oven can still be seen. If you are very brave, it is possible to ascend to the roof by climbing on just the remaining outside edges of the spiral staircase. 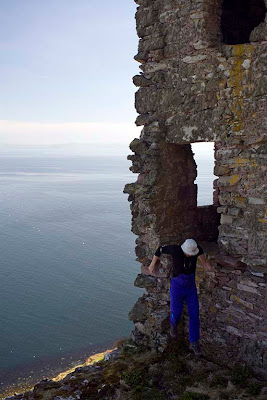 It was a relief to step onto the security of Ailsa's rock again.