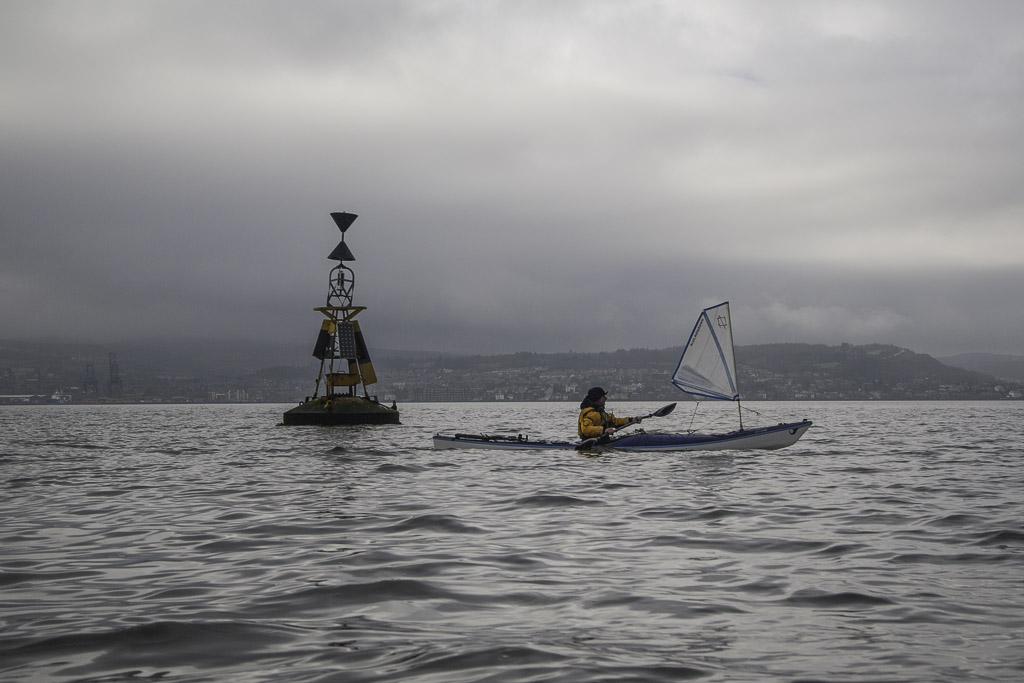 A little breeze got up as we left the wreck of the MV Captayannis and we wasted no time... 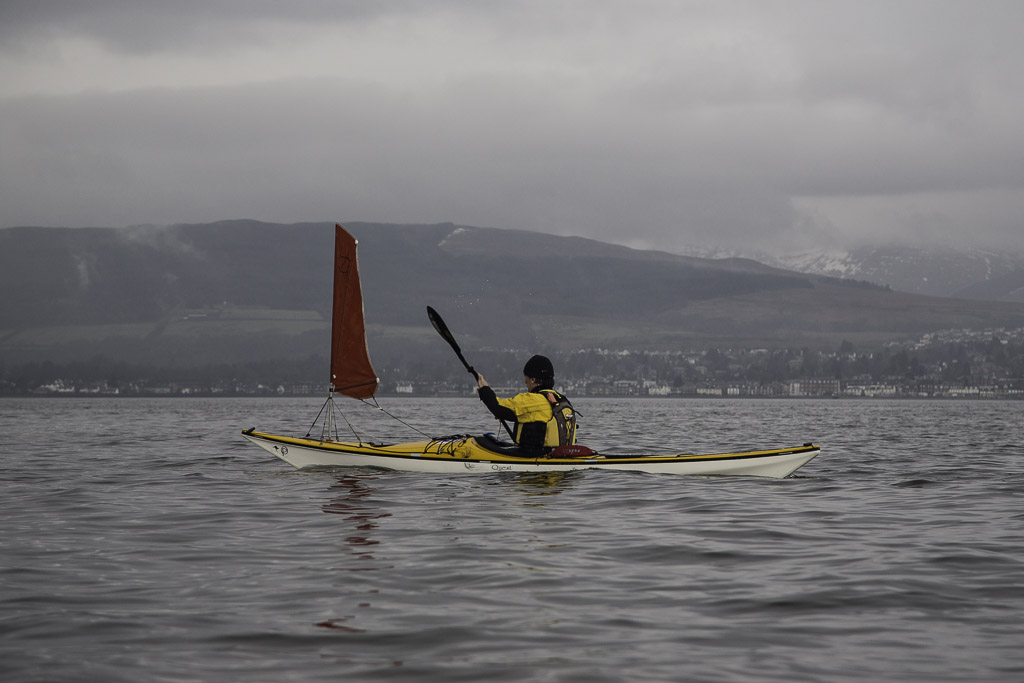 ..in hoisting the sails. Despite low pressure all around the west coast of Scotland, the wind didn't stay or get up as hoped and sadly... 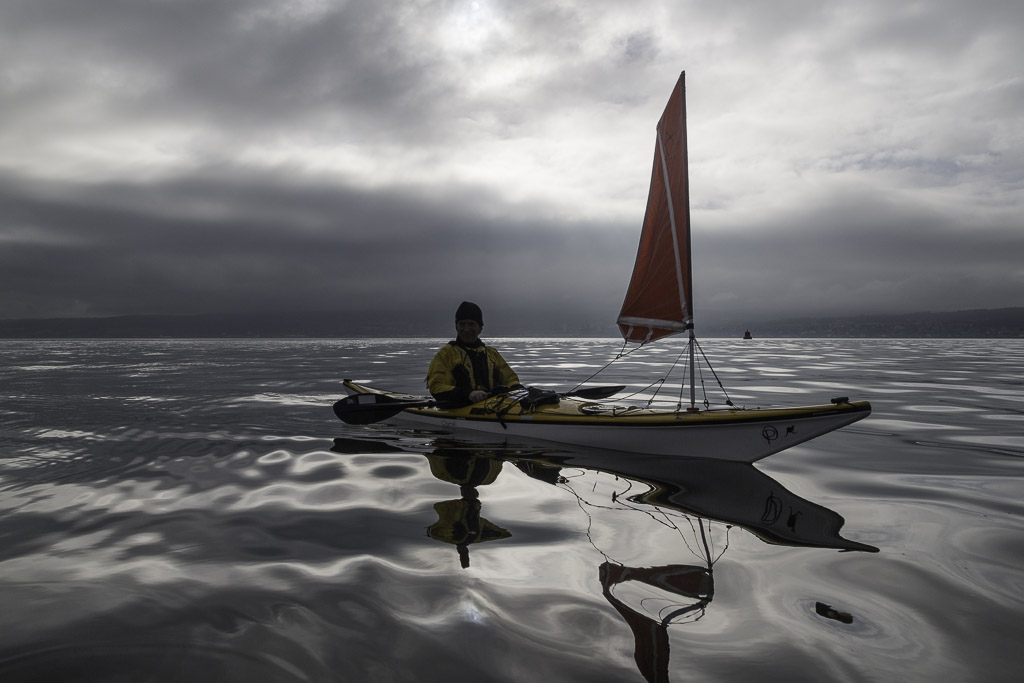 ...it turned into a flat calm. This had its advantages as we spotted black guillemot, guilliemot and razorbills on the crossing. 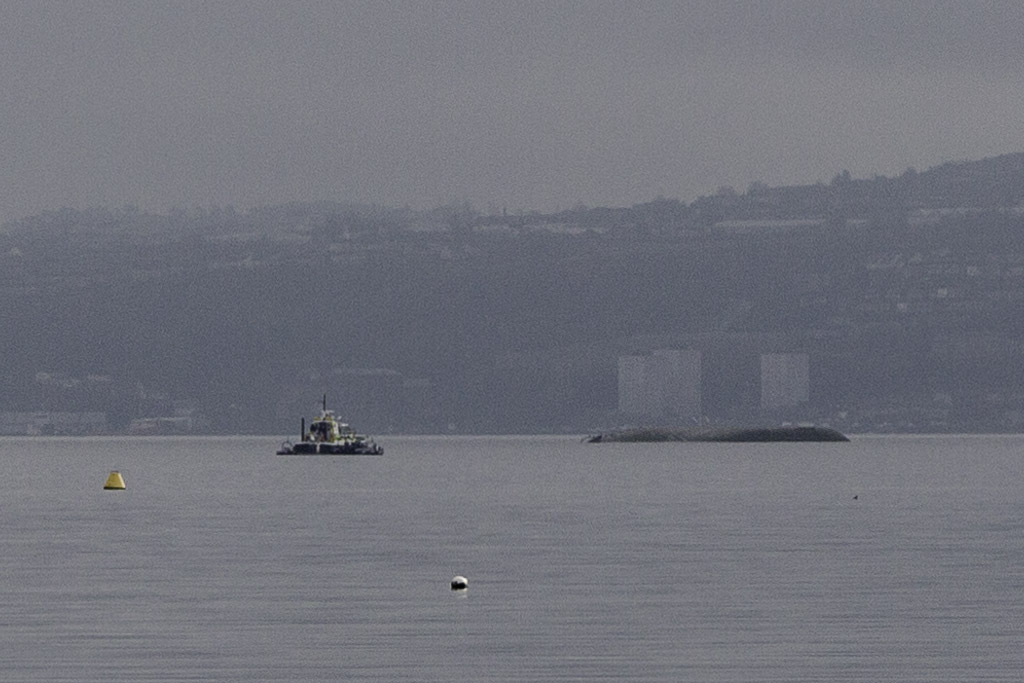 We were not the only ones doing some spotting. An MOD Police launch and 4 MOD Police RIBs  had given us the once over as we crossed the shipping channel from the wreck of the Sugar boat. Their job is to escort Royal Naval vessels to and from HMS Neptune at Faslane in the Gare Loch. They also escort too curious others from the premises.

A momentary blink of sun lit up Helensburgh (from where we had embarked) but we were headed for the Rosneath peninsula where we made landfall at... 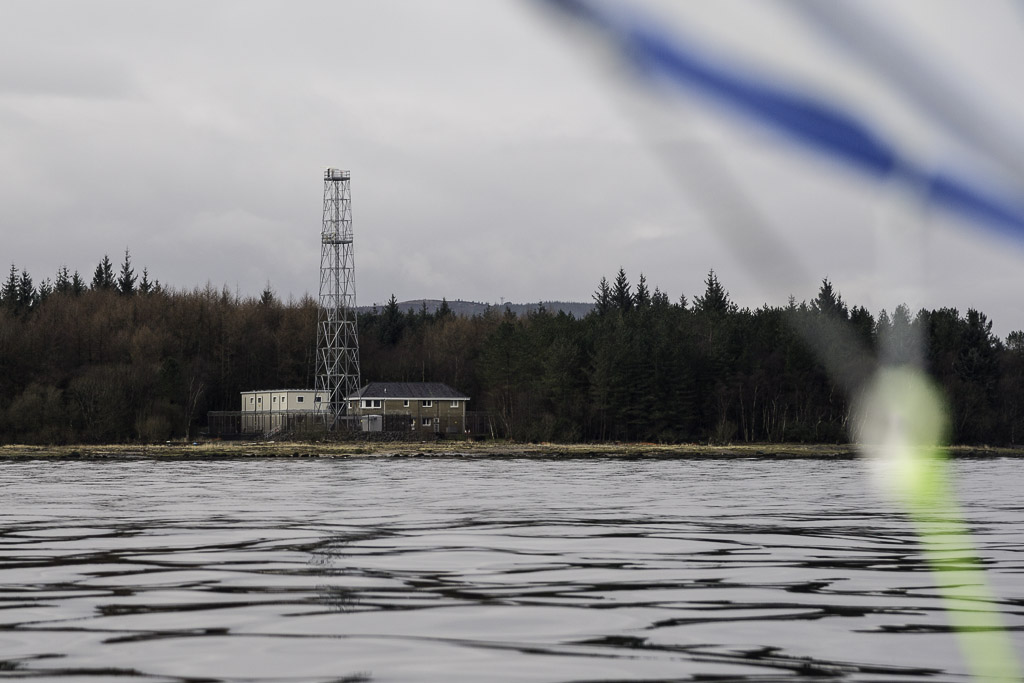 ...MOD Rosneath at the Green Isle.  This facility offers electromagnetic signature services to ships and submarines at both 9m and 20m depths in the channel just offshore. Our compass needles gave hardly a flicker and so we passed on feeling completely un-degaussed but in need of some luncheon.