Seakayaking through the Borrodale Isles. 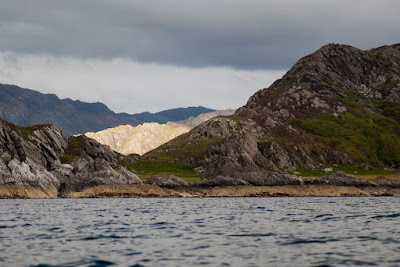 We left Loch Ailort and entered Loch nan Uamh. At first the head of the loch was obstructed by the dark ridges of the north Ardnish coast... 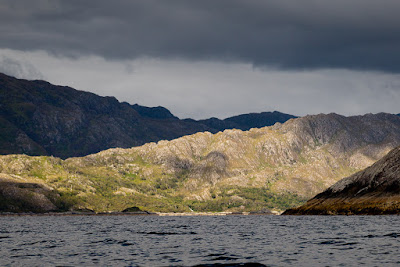 ...but soon we could see the ridge above the loch head illuminated in a shaft of sun. The Prince's Cairn lies just behind Eilean Gobhlach (the dark rocky islet about 1/3 of the way from the left side of the photo). It was here that Bonny Prince Charlie both landed and departed from the Scottish mainland at the time of the 1745 rebellion. 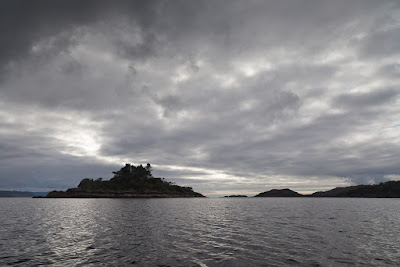 On reaching the north shore of Loch nan Uamh, we turned west and found ourselves exploring the delightful chain of the Borrodale Isles. This one is called Eilean nan Cabar; isle of the timber. It has clearly had trees on it for some time. 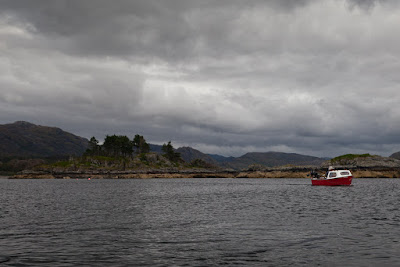 The Borrodale Isles have very steep shores with no easy landing spots so we left Eilean nan Cabar in our wakes and continued... 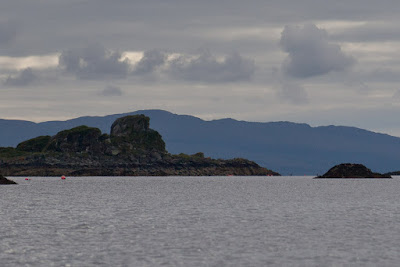 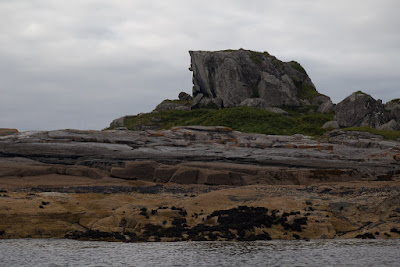 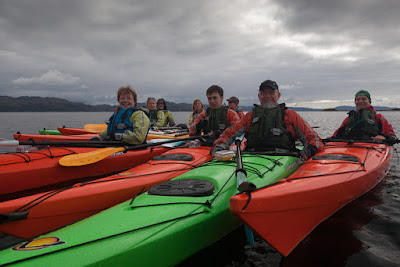 ...where we met a party on a Wilderness Scotland trip.  They were staying in the Glenuig Inn and were clearly enjoying every minute of their holiday. I enjoyed stopping for a chat because it was a distraction from the pain in my bad knee. 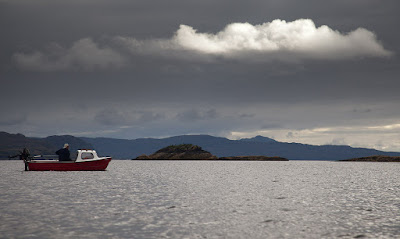 It had been a long day and we needed to press on to our intended camp site, which was still about an hour and a half away... 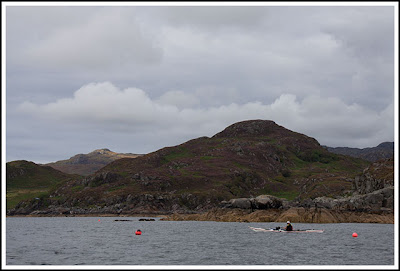 ...beyond the mouth of Loch nan Uamh and at the far end of the Sound of Arisaig.
Posted by Douglas Wilcox at 10:28 pm 2 comments:

Blood on the rocks of Loch Ailort 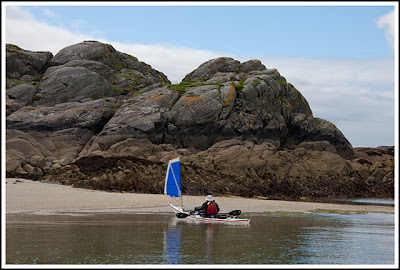 Photo Donald Wilcox
Donald and I had been crossing the mouth of Loch Ailort with the intention of taking a luncheon on one of the beaches on the Ardnish peninsula. However, my knee was now causing so much pain that I was desperate to get out the kayak and stretch my legs, never mind check the dressing on my recently lacerated toe. I spotted this lovely strand of sand on the delightful little Eilean a' Chaolais and called Donald over. We had found another corner of paradise. 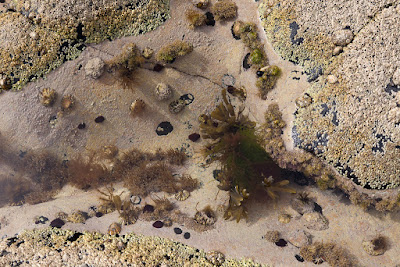 The rock pools were filled with crystal clear water and we had the beach to ourselves apart from... 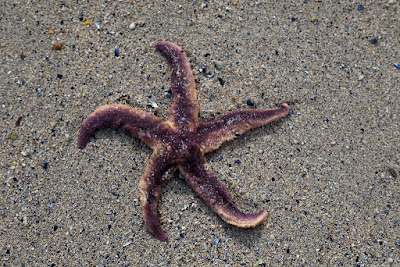 ...this starfish. This beach is covered at high water so we were fortunate to pass when we did. We were surrounded by the silence and beauty of this huge landscape. 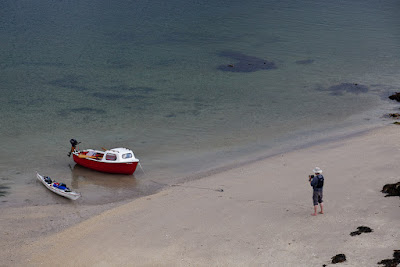 Once we had eaten our lunch Donald returned to his boat... 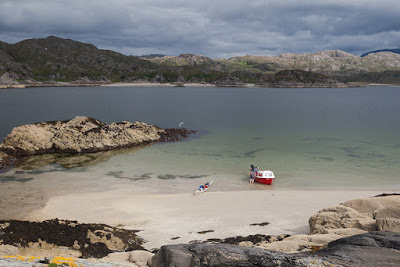 ...to fix his flooded engine while... 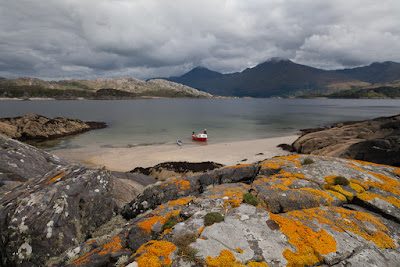 ...I sat on the lichen covered rocks and changed the blood soaked bandages on my right foot. These lichen colonies are probably several hundred years old. They were probably here when Bonny Prince Charlie landed nearby and raised his standard at the start of the Jacobite Rebellion in 1745. After initial success he was defeated at Culloden near Inverness. This was the last pitched battle of two land armies on British soil and resulted in much bloodshed and loss of life. The Highlands were never the same again. 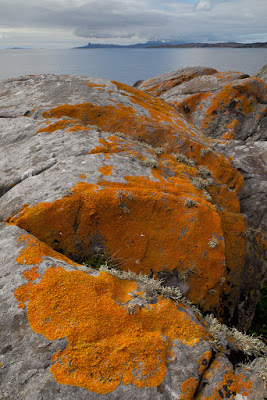 Some (quite a few actually) drops of my bright red blood spilled onto the rocks and added their own colour to that of the rich orange and gold lichen. I may have left a bit of myself  in paradise but in turn, this paradise was now etched indelibly on my brain. We who live in Scotland are so fortunate to be surrounded by such natural beauty, sometimes we just don't appreciate the extent of our birthright.
Posted by Douglas Wilcox at 7:00 am 2 comments: