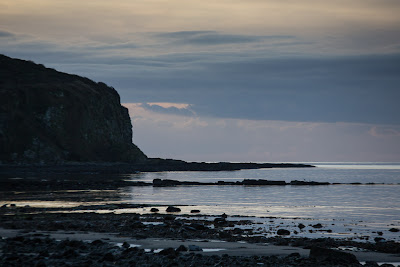 While we sit bousing at the nappy,
And getting fou and unco happy,
We think na on the lang Scots miles,
The mosses, waters, slaps, and styles,
That lie between us and our hame,
Where sits our sulky sullen dame.


As we savoured a final taste of The Singleton, the sky was darkening and the cliffs of Carlandcheek were already in near darkness. 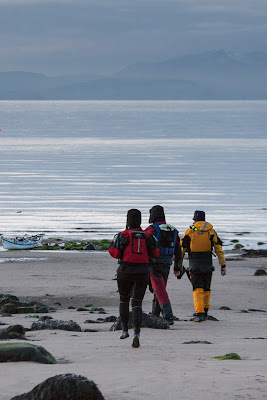 
It was time to make our way back down the beach to the kayaks. 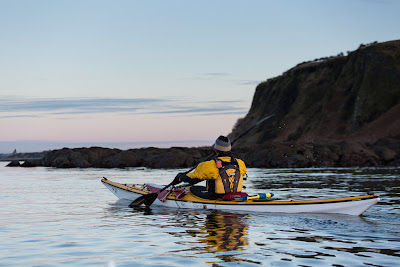 Once afloat we left the shade of the cliffs and entered... 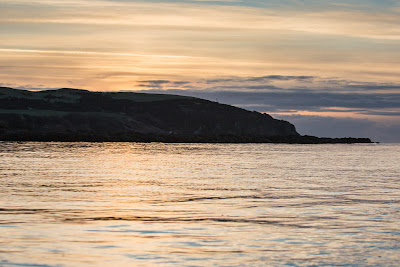 ...a brief but golden glow from the last light of the setting sun. 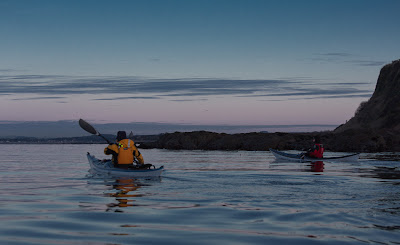 The temperature dropped rapidly as we started to cross Ayr Bay. At first the only sound was the gentle splash of our paddles but... 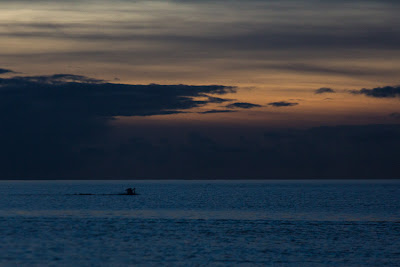 ...as we approached Seafield, there was a huge commotion from the mouth of the River Doon (about 1km away). The thirty or so whooper swans (winter visitors from Iceland) were disturbed by something and took off en masse. What a racket! They had barely managed to get into the air before they came in to land round about us. I do not know who was more surprised...us or them. This one kept a little distant from the others. It is a black swan (Cygnus atratus), a native of Australia, it seems to be somewhat lost but settling in. 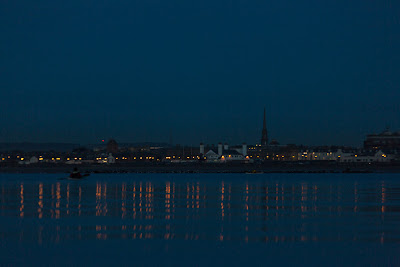 
Leaving the commotion of the honking swans behind, we slipped unseen across the calm waters of the bay, hardly even disturbing the reflections of the lights of Ayr. 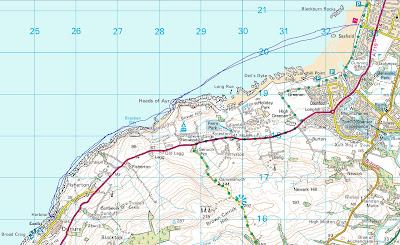 Another day (and bit of a night) in paradise.
Posted by Douglas Wilcox at 7:00 am No comments: