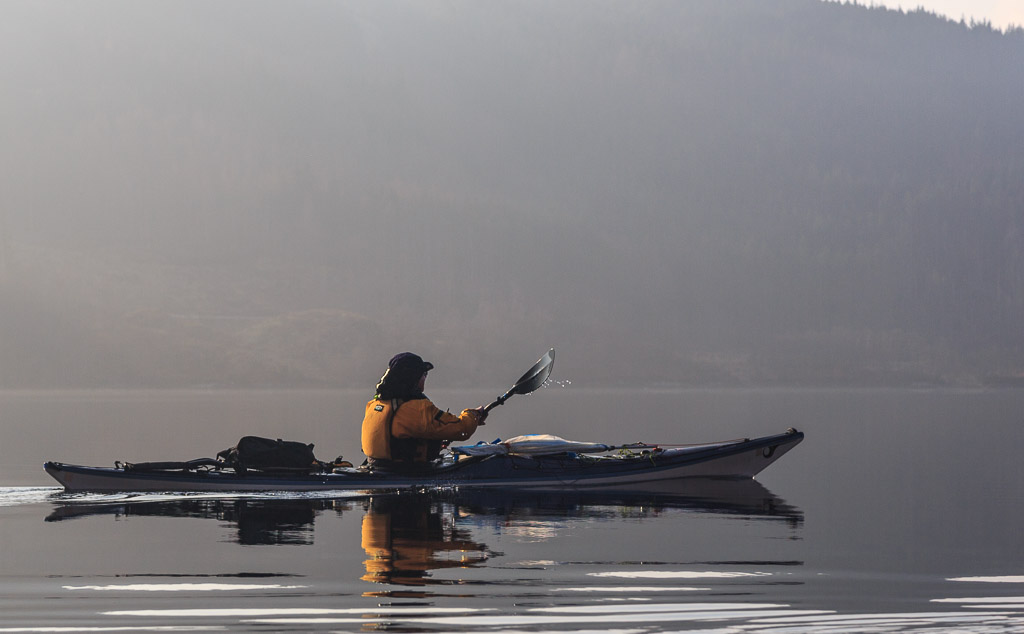 We were still paddling in the mountainous part of Loch Shiel but...

...we came to the first major break in the mountains that line the SE shore, where the River Polloch flows into the loch from the broad Glen Hurrich. A coffin road descends into Glen Hurrich after crossing the mountains that divide it from Loch Sunart. The road was used to transport the deceased in the Sunart area for burial on an island further down Loch Shiel. In 1725 a lead mine was established high in the hills of the glen at Corrantee. This was still worked as recently as the 1980s. In 1745 workers at the mine "donated" gunpowder to Bonnie Prince Charlie's rebellion. At that time there were no roads into the area between Loch Sheil and Loch Sunart and all supplies to the miners and their families had to come in by sea. The Hanoverian parliament (and Hanoverian mine shareholders such as the Duke of Norfolk and General Wade) were so incensed by the theft of the gunpowder that they set up a naval blockade and the mining community died of starvation during the winter of 1745/46. 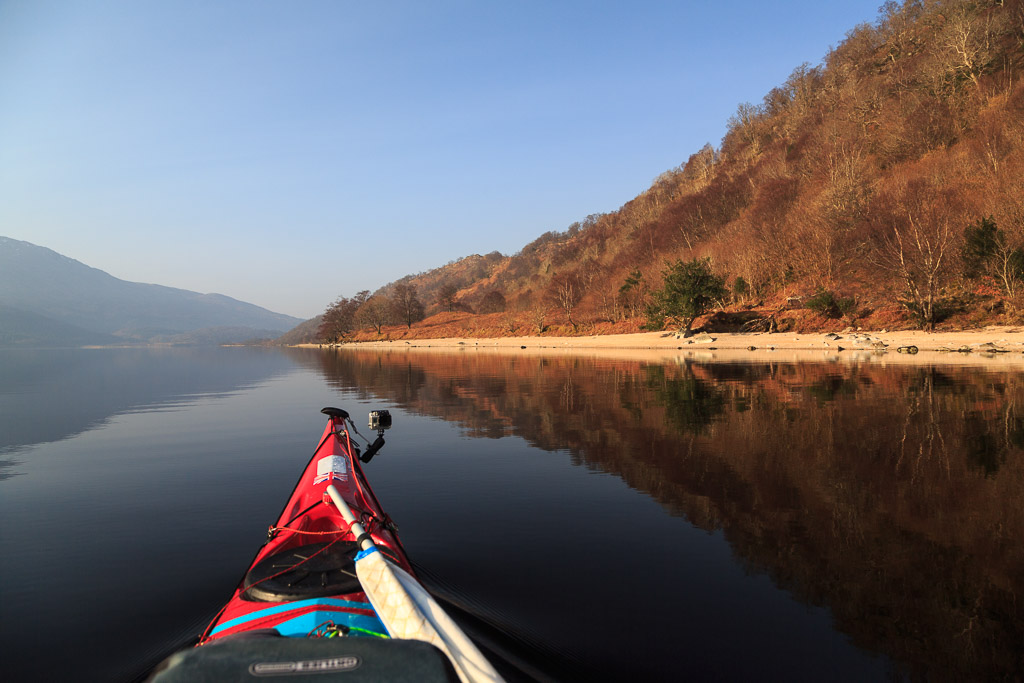 Back on the NW shore, the mountains gradually receded. The shore became less rocky and the beaches became longer and more frequent. 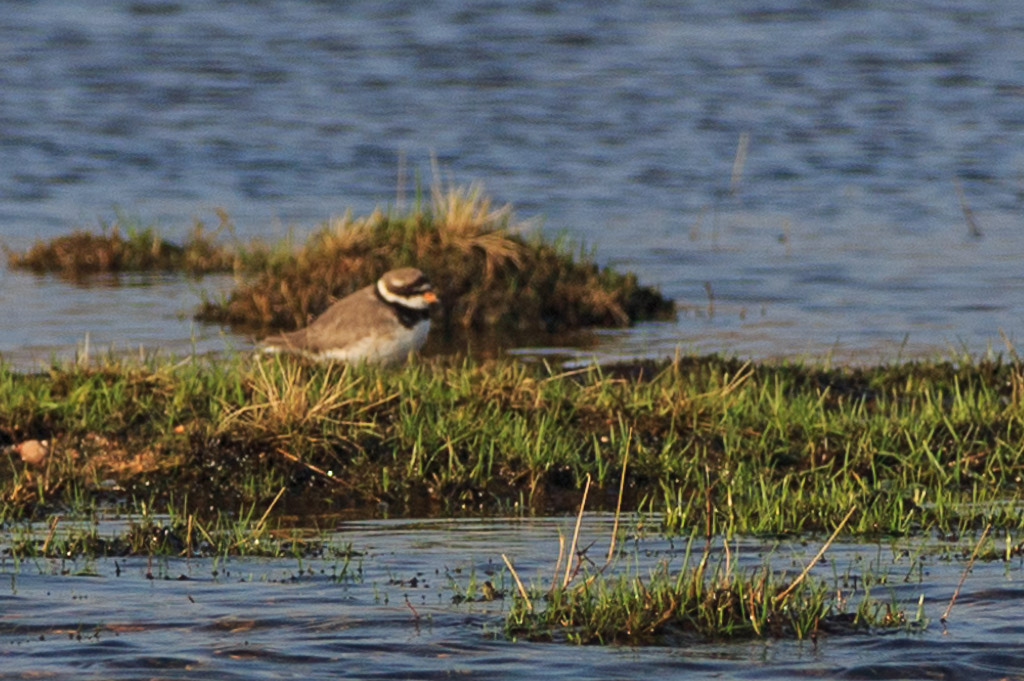 At Rubha na h-Aird we came across this ringed plover in the shallows.

As the sun rose in the sky, a nice little breeze got up and our sails gave some gentle assistance. 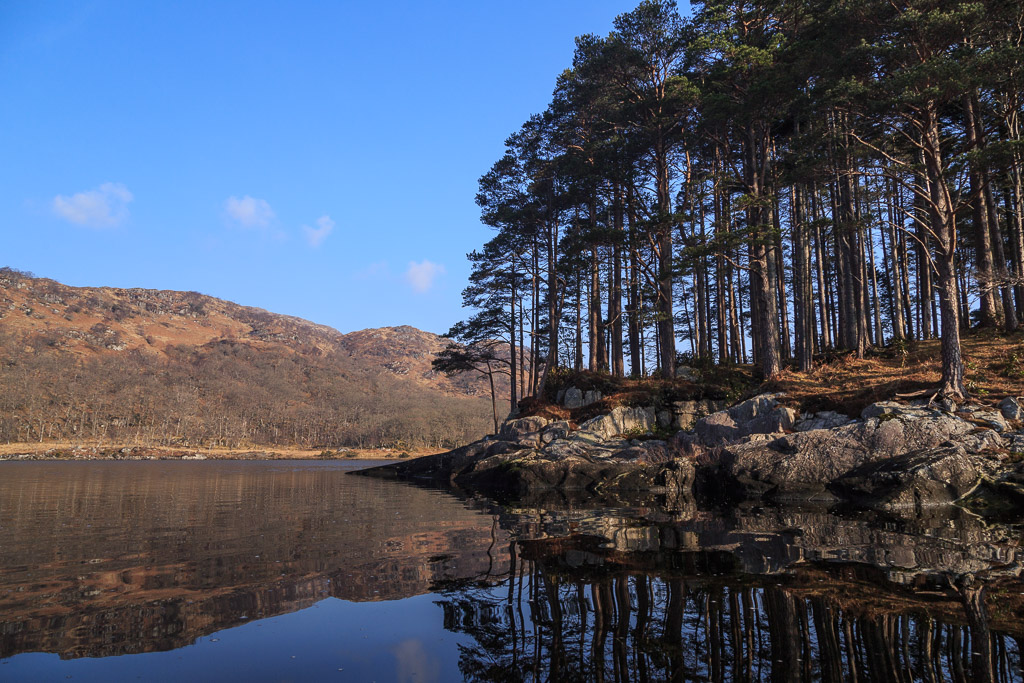 Camas Drollaman is a large bay protected by this wooded headland and.. 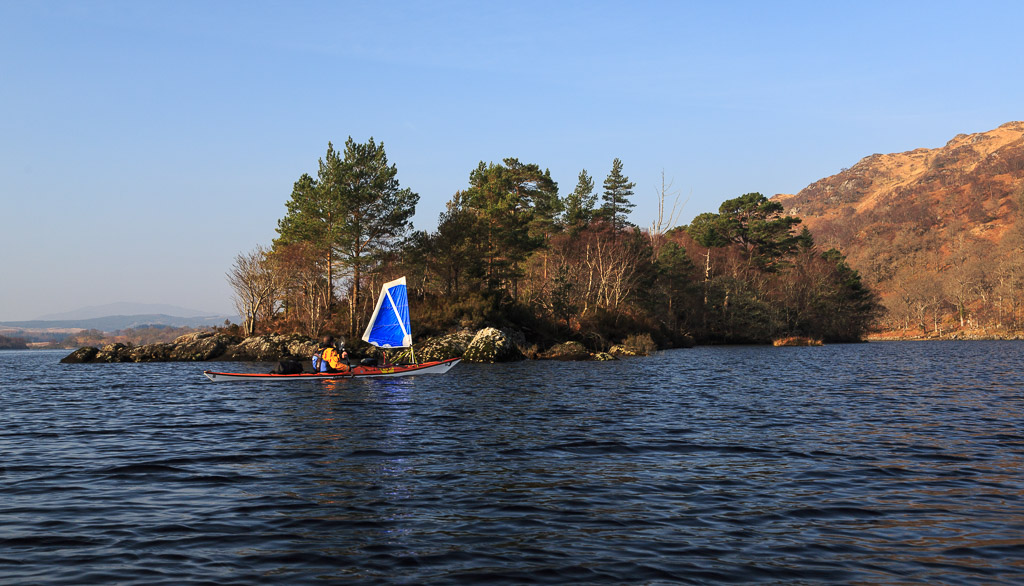 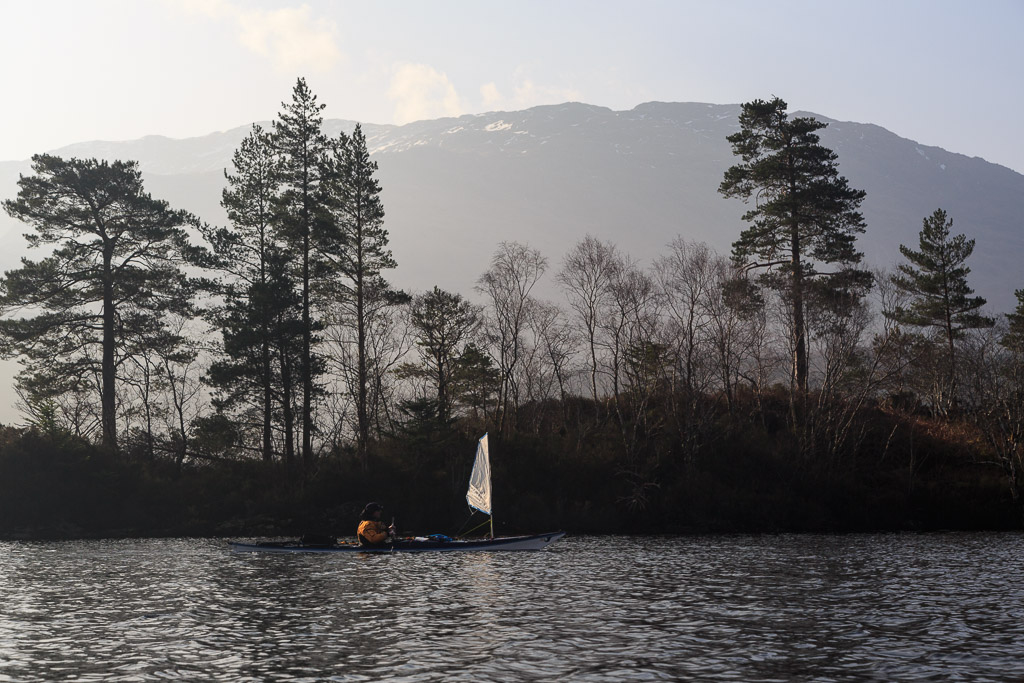 Rather logically the island is called Eilean Camas Drollaman and we enjoyed its wild... 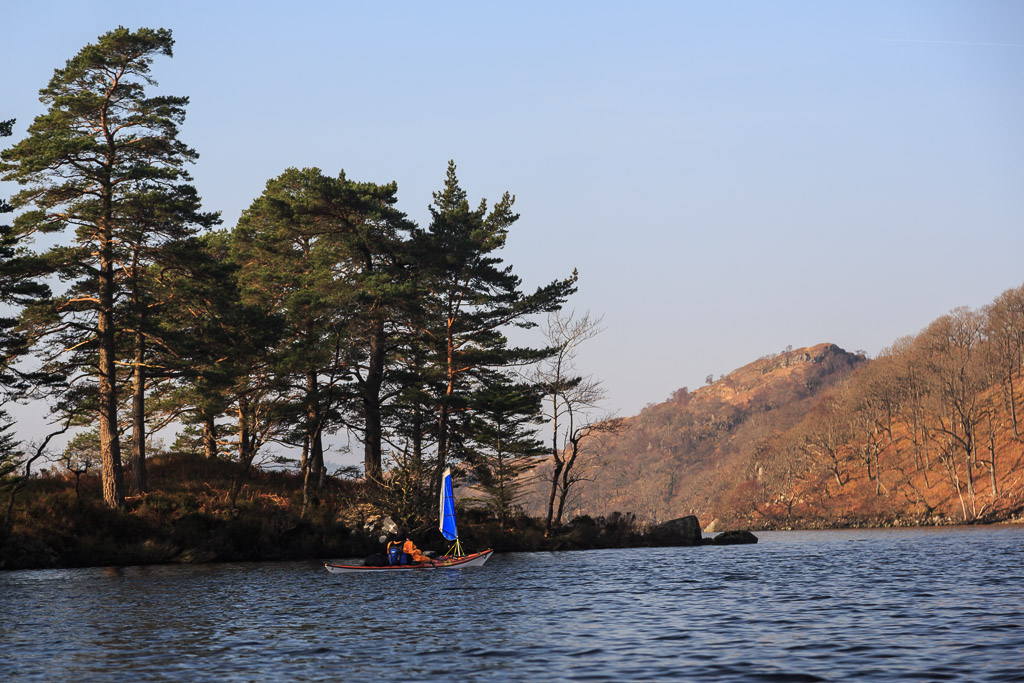 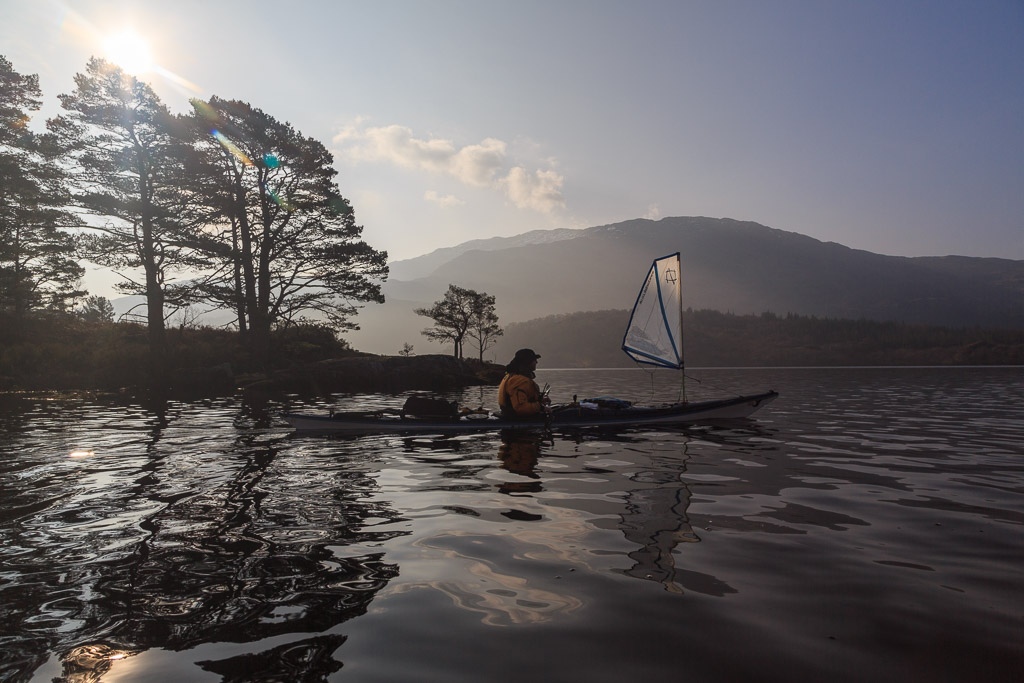 However, all is not what it seems. Just below the trees on its western point are the remains of a bloomery. This was a primitive smelter for iron ore. I have no idea why it would have been built on such a small island rather than on the mainland. Perhaps the men who operated it wanted to keep the secrets of smelting iron away from prying eyes? 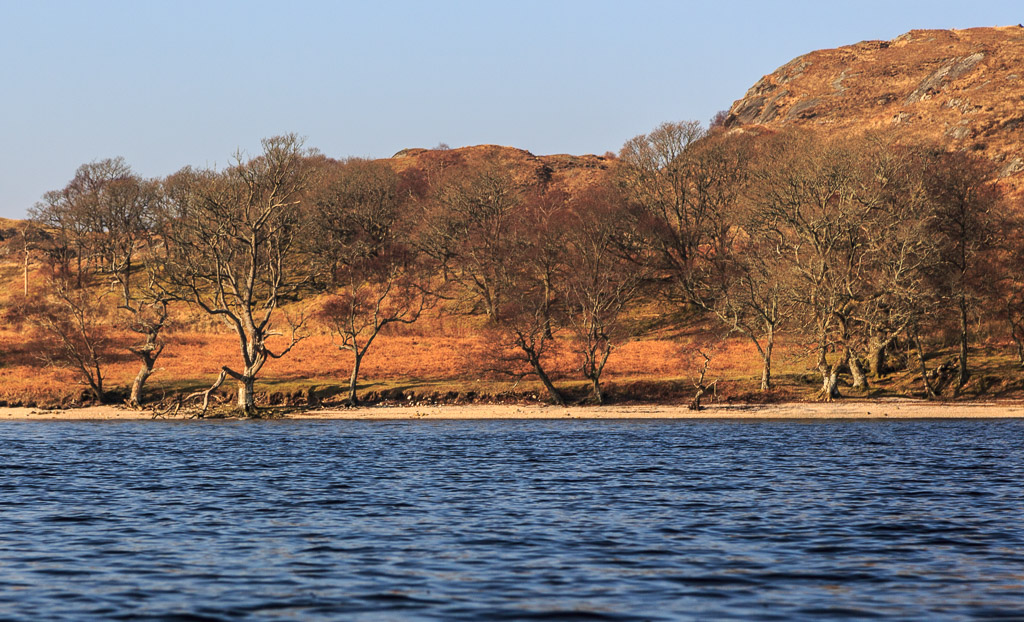 A little further to the SW the loch was narrowed by this peninsula. The beach was backed by sessile oaks and further progress down the loch would require taking a dog leg through the narrows. 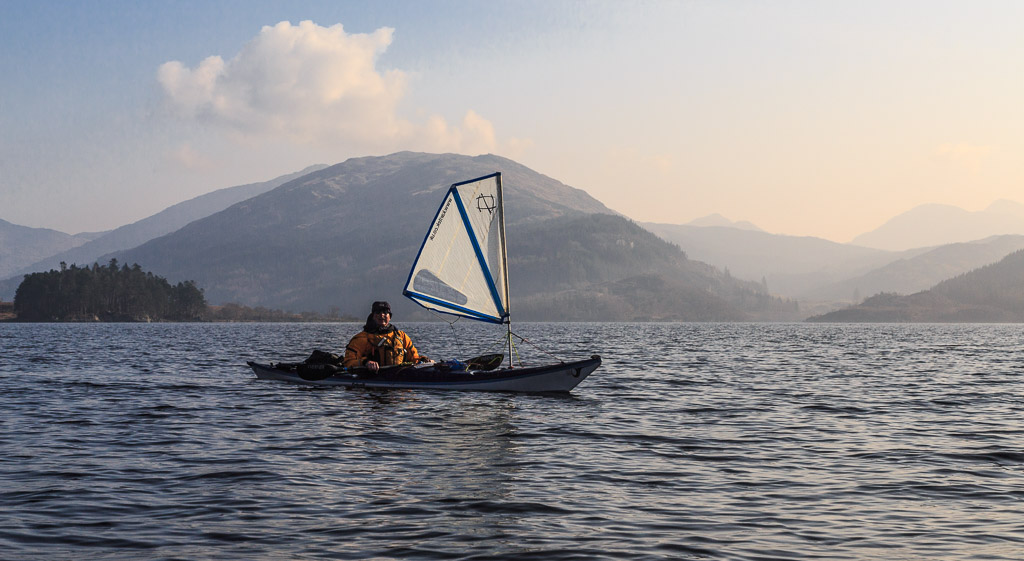 Before leaving the mountainous part of Loch Shiel behind we took one last look back up the loch to the misty mountains of Ardgour.
Posted by Douglas Wilcox at 5:08 pm No comments: