An unadventurous lot, down on Ayrshire's Atlantic Coast. 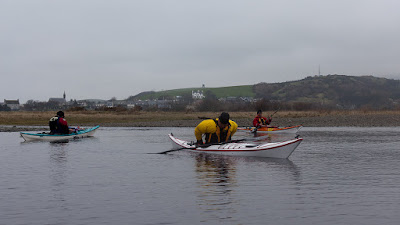 All too soon it was time to leave the shelter of the River Stinchar. 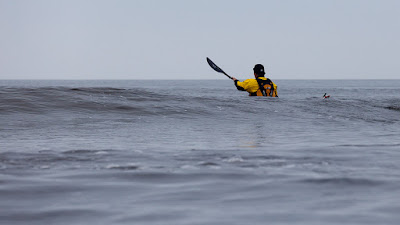 As it was near high tide, the bar at the river mouth was well covered... 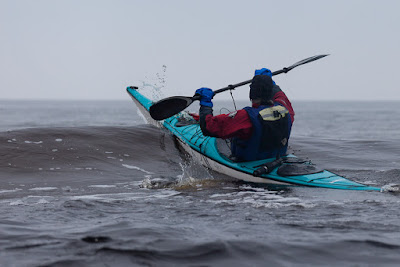 ...but still gave David an excuse to practice his air braces. 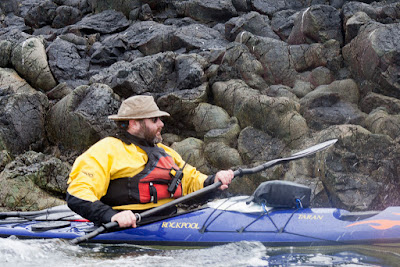 South of Ballantrae Bay the coastline is dominated by steep cliffs of dark Cambrian basaltic rocks. On this stretch we came across this particularly fine pillow lava. It looked like it had just oozed out of the volcano but that was about 500 million years ago. 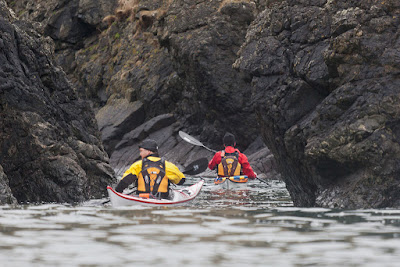 We now entered a sea kayaker's wonderland, the coastline consisted of a complex series of gullies, geos and caves. 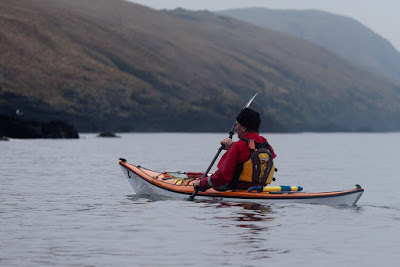 Each time we came to a headland we would say "that was the best bit of rockhopping ever" only to discover, once round the headland,... 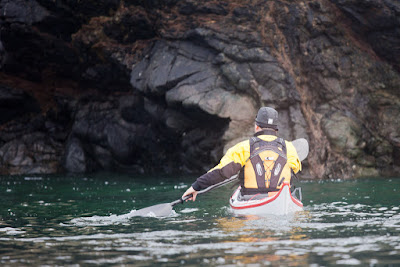 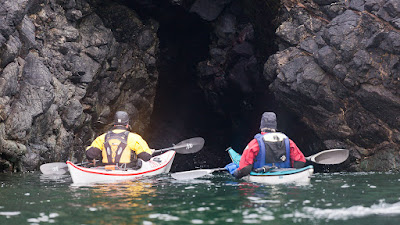 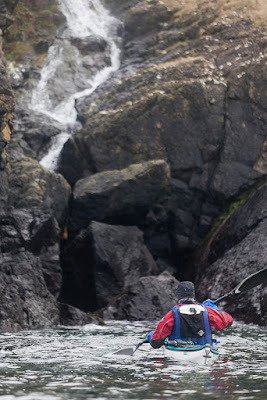 Waterfalls cascaded down the cliffs, only to be lost in piles of boulders above the sea. 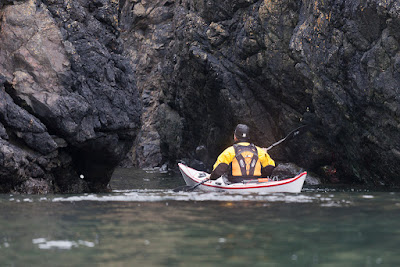 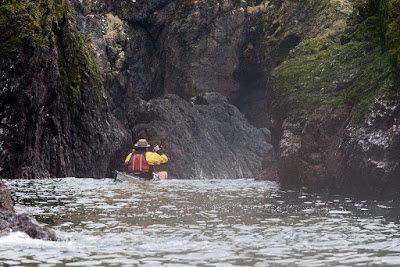 ...just kept getting better and... 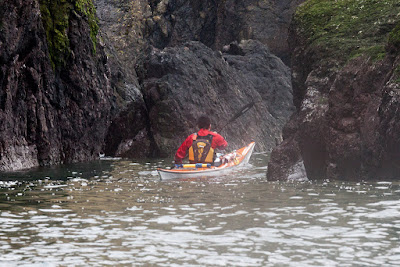 ...better. In the SW of Scotland we tend not to travel far to enjoy sea kayaking in exotic locations. I wonder why we are such an unadventurous lot?
Posted by Douglas Wilcox at 7:00 am No comments: