A dawn start on Ailsa Craig. 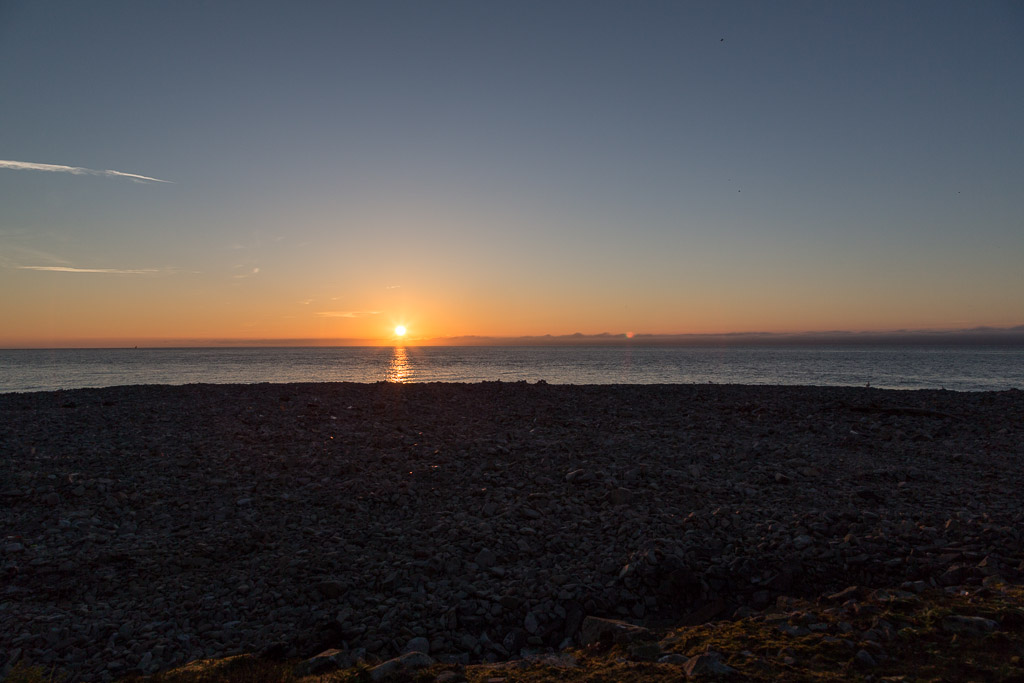 On Ailsa Craig the sun was well clear of the north eastern horizon by 04:55 am. It was impossible to sleep due to the racket made by assorted gulls so... 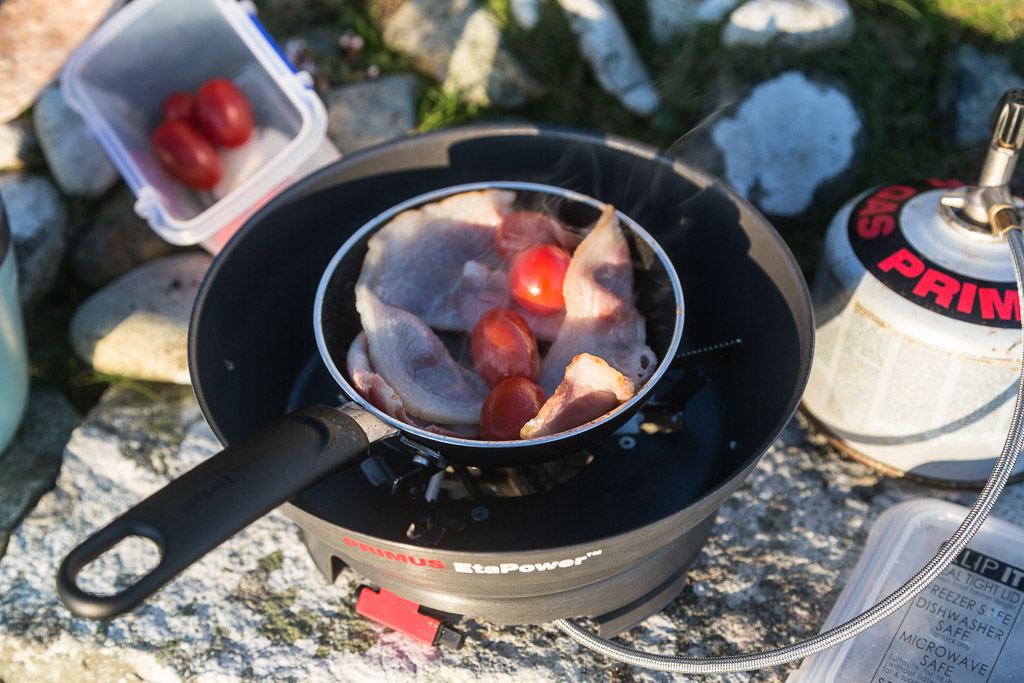 ...it was time for an early first breakfast. 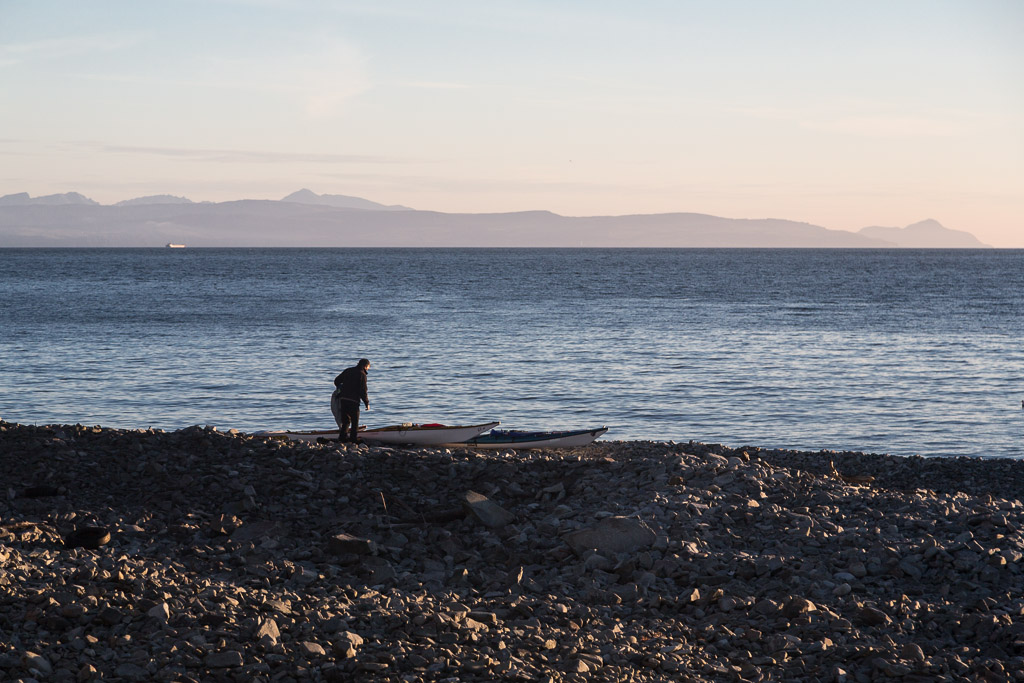 We were not the only ones to be up and about early. On the horizon, the general cargo boat MS Fri Stream was making her way up the Clyde. 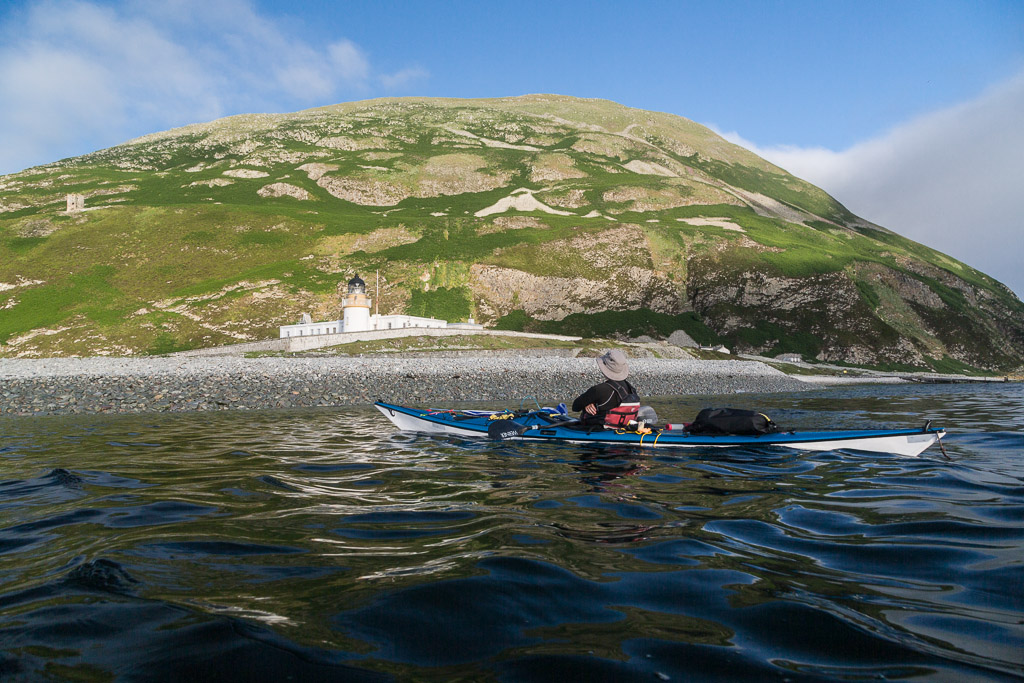 As we were on the water by 06:53 am, we decided we had time for a second circumnavigation of the island. 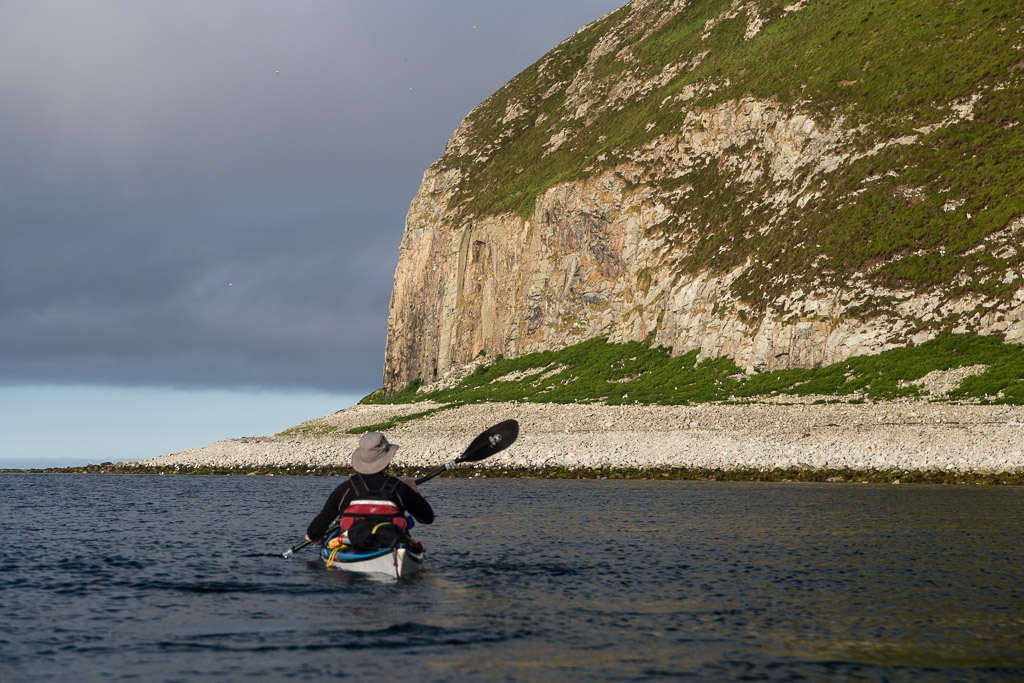 The  south eastern cliffs were in full sun due to the early time of day. It is usually about midday when we arrive on the rock and they are in shade. 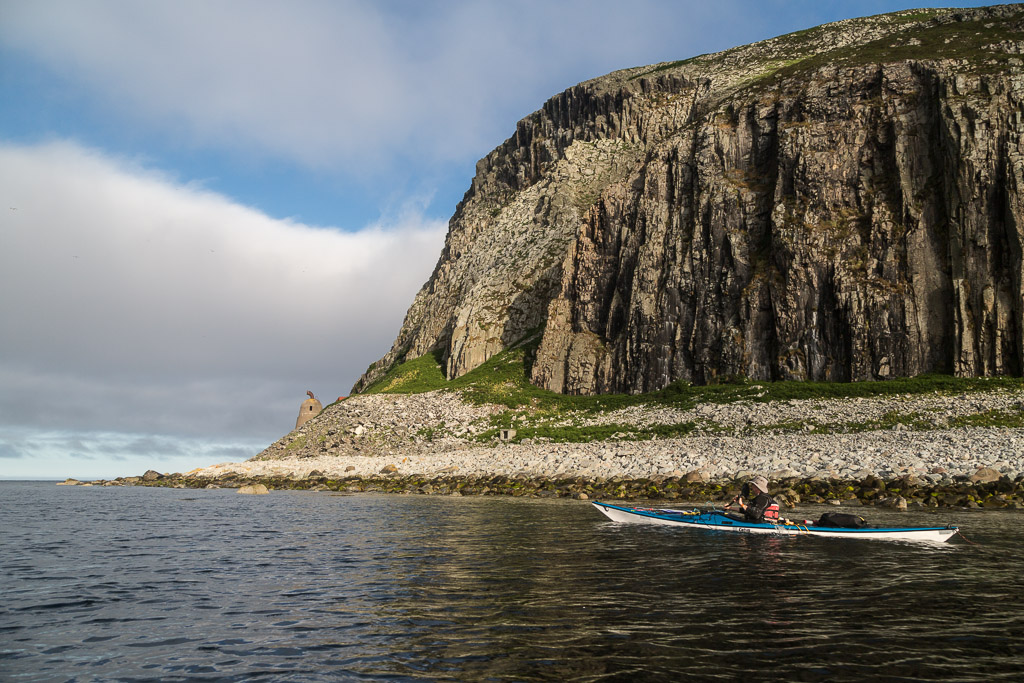 As we approached the south foghorn a line of clouds came in and... 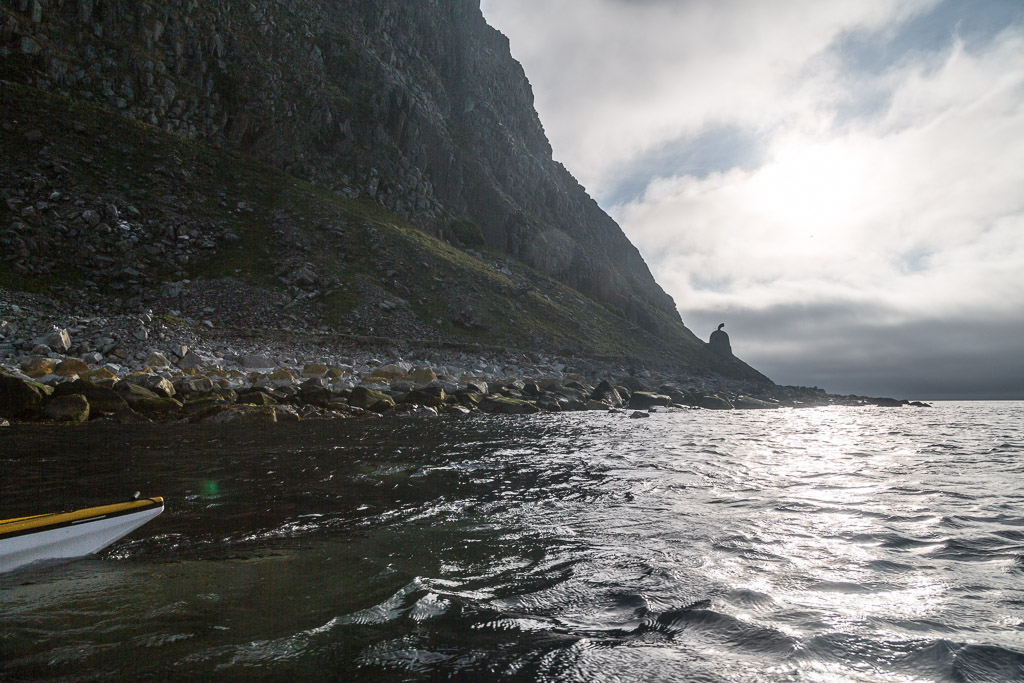 ... we were cast into the shade by the towering cliffs above... 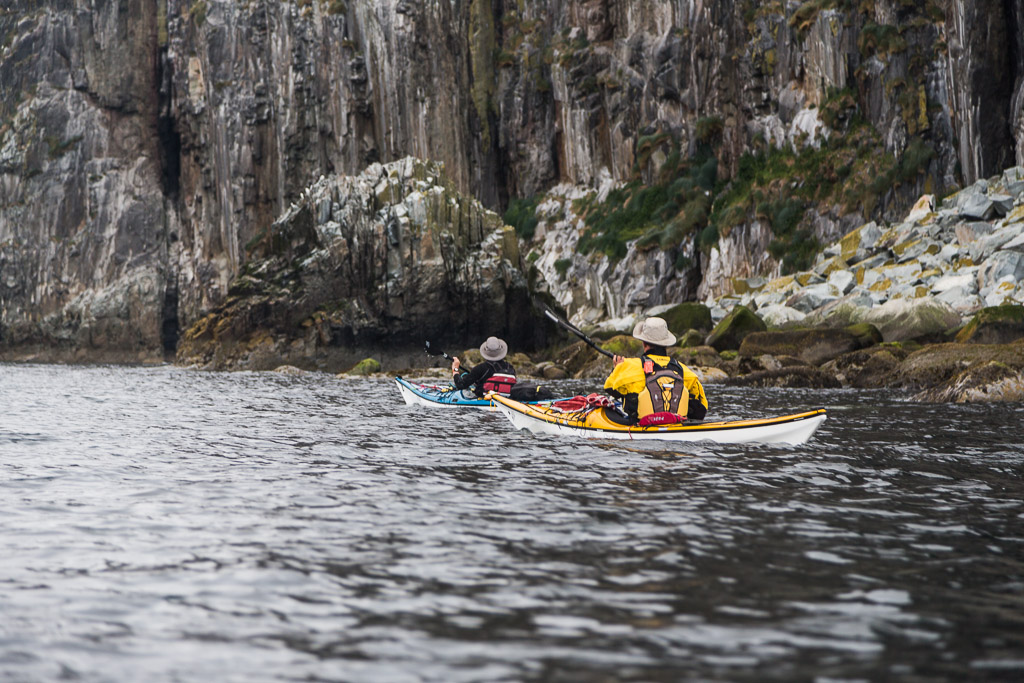 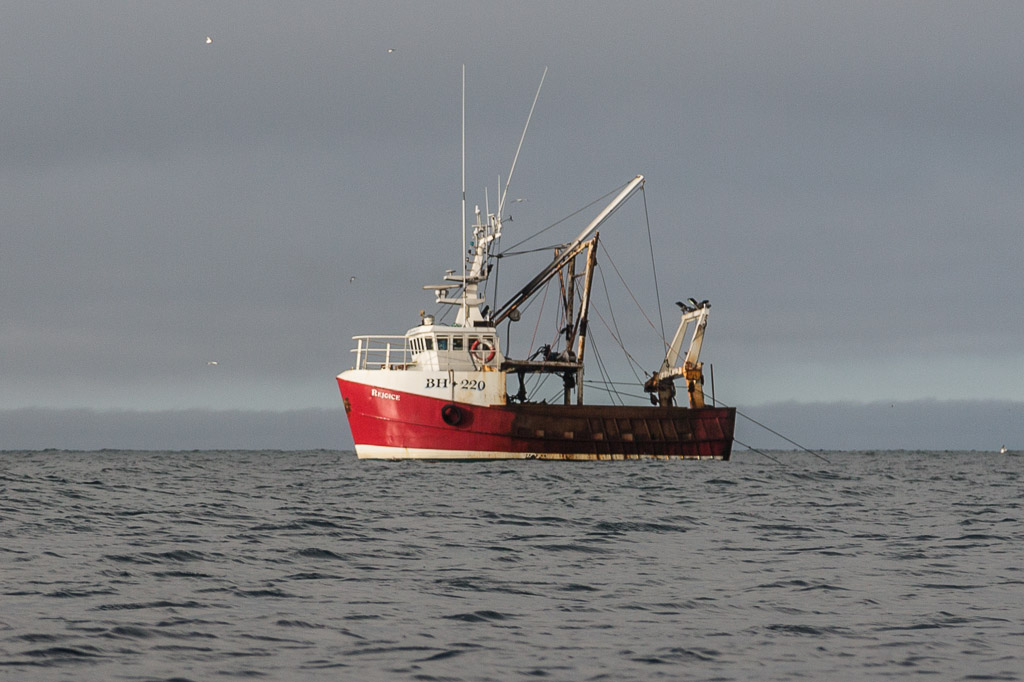 Offshore FV Rejoice BH220 was still in the sun as she trawled for scallops. Registered in Blyth Rejoice has been based in Girvan forb a few years but was sold in October 2014. 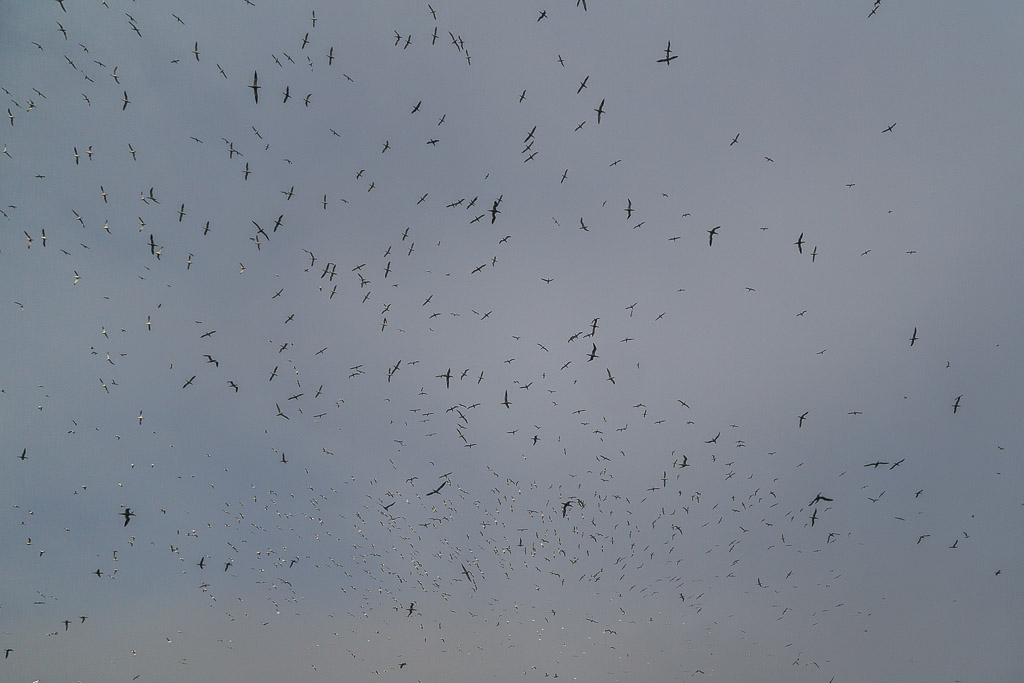 The skies above us began to fill with gannets.
Posted by Douglas Wilcox at 2:40 pm No comments: