God Knows in the mists of Innean Glen 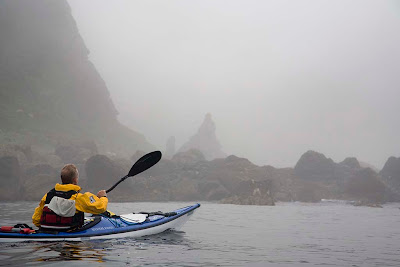 We had left Macrihanish in thick fog at 0930am, just as the south going tidal flow started. An hour later we were paddling along a coastline of bizarre stacks and skerries whose outlines and sizes were distorted by the mists. 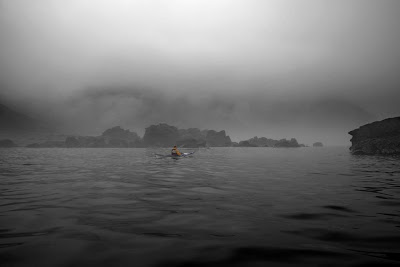 As we approached a maze of skerries the fog seemed to leach all colour from the seascape and smother all sounds except for the gentle dip of our paddles. 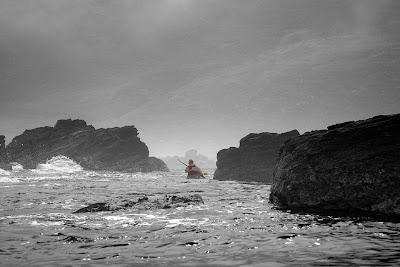 A blink of sun tempted us through through the maze. 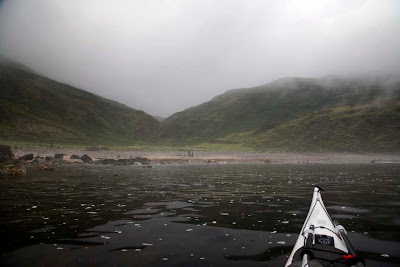 We emerged into the isolated bay of Innean Glen, the only beach in the 23km between Macrihanish and Carskey Bay on the far side of the Mull of Kintyre. 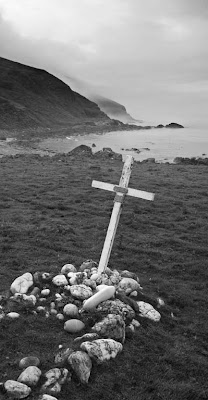 Just above the beach a lonely sailor's grave is marked by a simple wooden cross. On the 6th of May 1917 the unidentified sailor's body was washed ashore. It was found by the local shepherd who buried him here. Over the years several crosses have marked the spot. This one was made by Neil Brown of Campbeltown in 1998. He had also made the previous one in 1981. 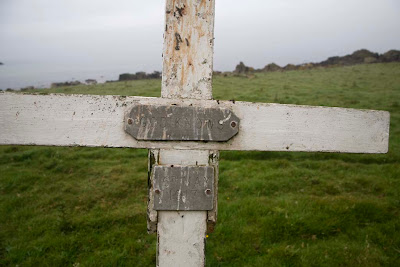 We paddled on into the fog uncertain of what lay before us.