Sitting it out on the Sound of Islay. 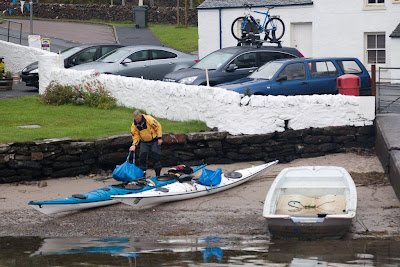 After our trip round the Oa peninsula, we camped overnight at Kintra campsite. During the night the wind increased and the tents were lashed by rain squalls. The forecast was for strong westerly winds, veering north west and for heavy rain becoming sunshine and showers. We rose early and broke camp before driving to Port Askaig, where we would get the late afternoon ferry back to the mainland. We loaded the kayaks with some food for breakfast and were on the water before 8am. 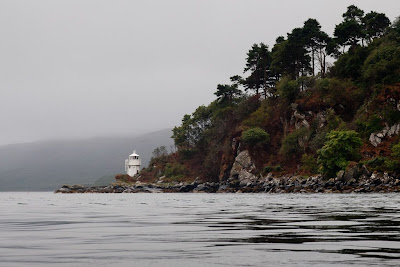 The Sound of Islay was ebbing fast and we were whisked south, past the Carraig Mhor lighthouse, at a very satisfying 12km/hr. 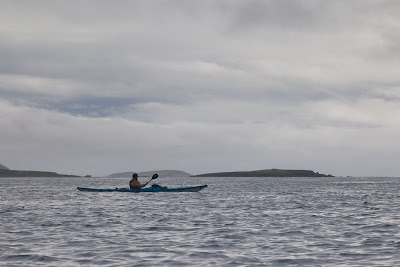 The clouds were well down  and a strong W wind blew well above our heads as we were in the lee of the Islay mountains. 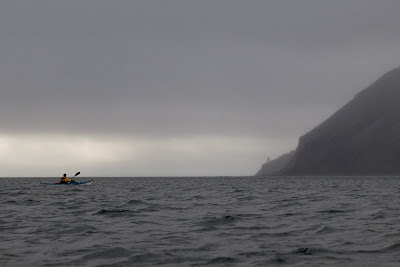 We stayed well out in mid channel, taking advantage of the tide, until we spotted the McArthurs Head lighthouse. 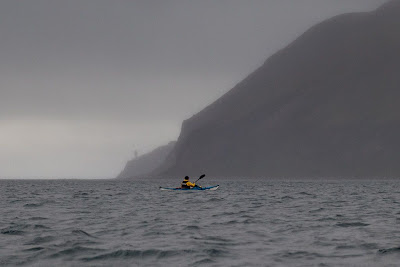 We then broke out of the tide, paddling towards the Islay shore... 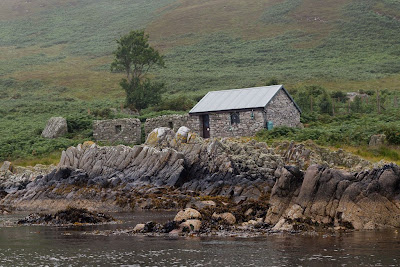 ...towards our destination, the delightful bothy of An Cladach. Where better to spend a few hours on grey, wet day while waiting for a ferry?
Posted by Douglas Wilcox at 7:00 am 2 comments: