A quick shag on Ailsa Craig. 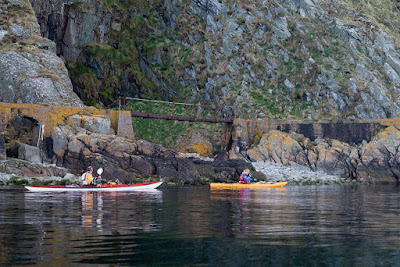 It was now time to paddle round Ailsa Craig. We had arranged to meet Alan and Linda from the Castle Craig Kayak Club. We set off anticlockwise, past the walkway round to the north foghorn and quarry. 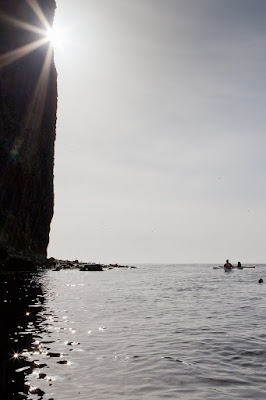 We emerged from the darkness under the cliffs of Eagle's Seat... 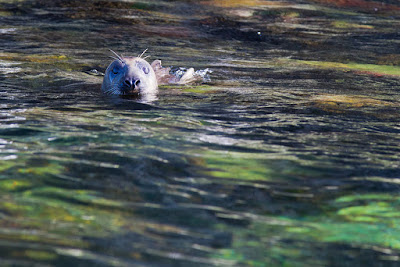 ...followed by this grey seal. "Look at the eyebrows on that!" 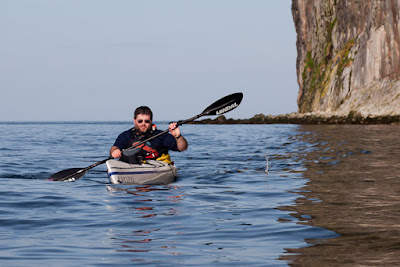 Jim was delighted with how the borrowed Taran performed, responding to edging, even when fully loaded with camping gear for a week. 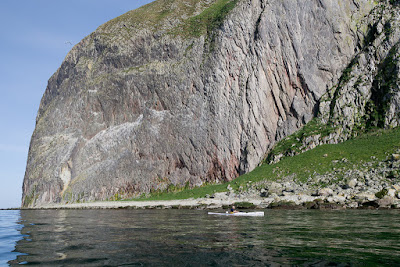 It was only  12 days since my last visit but since then the fulmars, kittiwakes, guillemots, black guillemots and razorbills had joined the gannets. The puffins had not yet arrived (I only saw one on the water) though on land regiments of plastic puffins waited to encourage feathered visitors. 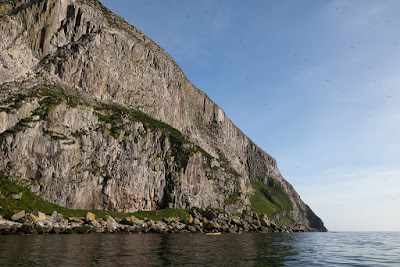 We took some time to drift along under the gannet colonies to Stranny Point. 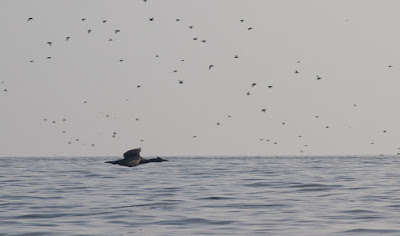 This quick shag flew in low under the guillemots and nearly collided with Jim! 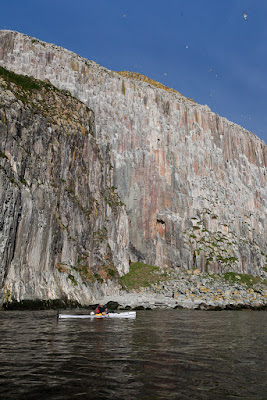 We marvelled at the structure and colour of the cliffs. 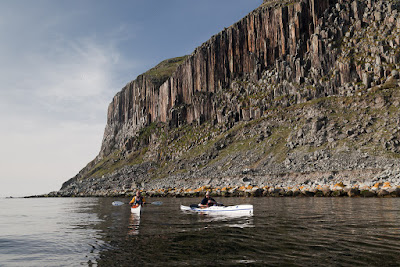 Then we had to prepare for the long crossing back to Ayrshire.
Posted by Douglas Wilcox at 8:45 am 2 comments: