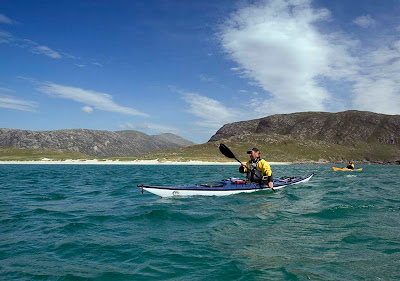 The swell had got up with the rise in tide during our lunch break on Scarp. There were several assisted launches. I was last off the beach but the steep sand meant I got my spray deck on while dry then pushed myself down the slope. 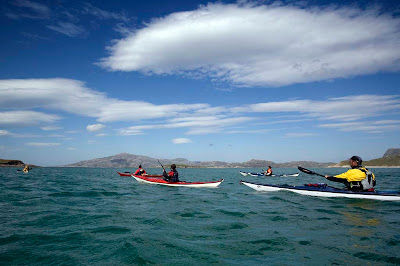 We now followed scudding clouds down the Caolas an Scarp. 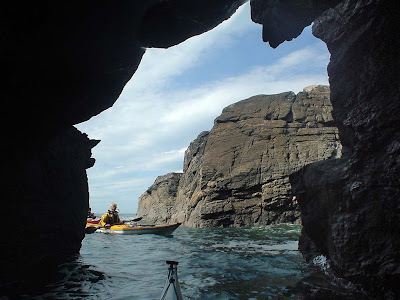 We then found ourselves on Scarp's NE coast. It is riddled with caves. 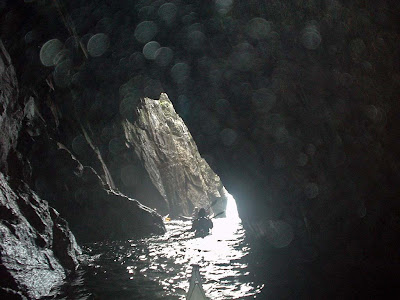 Inside this cave a blowhole was venting a fine spray of sea water into the already damp air. 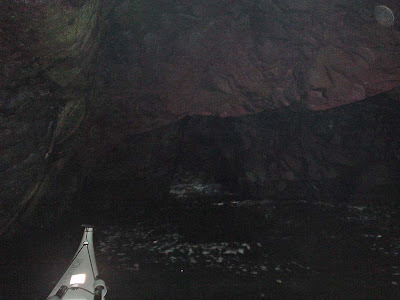 Right at the back there was a small beach. The noise of the surf echoed and bellowed in the confined space. 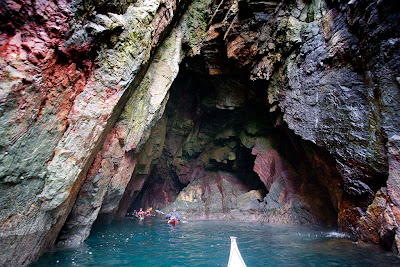 Another large cave had the most amazing colours in its rocks. 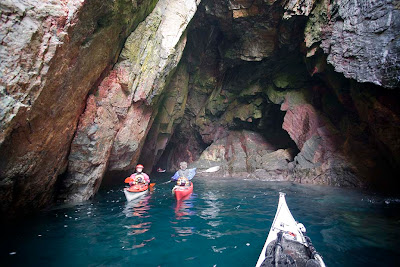 We explored deep within its confines. 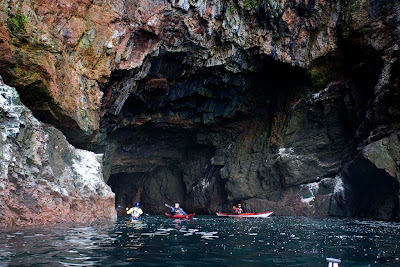 Just when we thought we had explored the last cave, we turned a corner and found this monster. 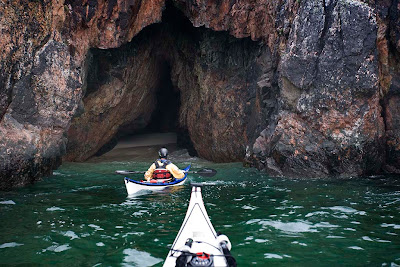 This last cave, with a sandy shore at its back, was off the sandy bay at the north end of Scarp where we met Cuma. 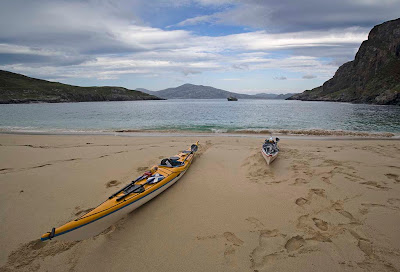 We now landed briefly on Scarp to ensure all items on deck were securely mounted....