Journey to the far west. 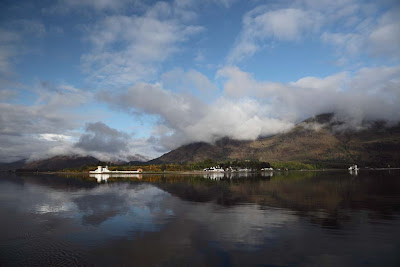 Our original plan was a camping trip from Ardnamurchan over to the Cairns of Coll, down west of Coll to Tiree then back up east of Coll and over to north of Mull and back round Ardnamurchan. Unfortunately the weather Thursday, Friday and Saturday of last week put paid to that. Surprisingly Sunday promised to be fair so instead, we planned a little day trip from Ardnamurchan, the most westerly point of mainland Britain.

We left Glasgow at 6am and arrived at the Corran ferry at 8am. Since I was last here, the 08:15 ferry has been cancelled and the first Sunday sailing was not till 08:45. The ferry was still tied up at its mooring on the far side of Loch Linnhe. 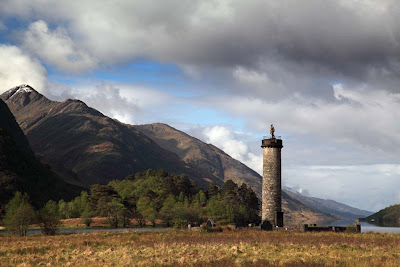 Rather than wait, we decided to drive the long way round Loch Linnhe, Loch Eil and finally Loch Shiel. This way added 33 miles extra to the 23 miles and 15 minute ferry journey but only saved about 15 minutes.

This is the monument to Prince Charles Edward Stewart who raised the standard of the 1745 rebellion at Glenfinnan at the head of Loch Shiel. Just behind and out of sight, is the curved Glenfinnan railway viaduct which has been made famous by the Harry Potter films.

At 09:51 we finally crossed the watershed of the Ardnamurchan peninsula above Loch Mudle and there before us lay the distant "Small Isles" of Rum and Eigg. 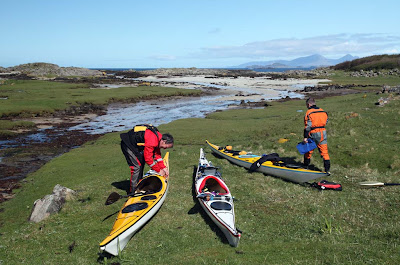 At 10:20, 4 hours and 20 minutes and 186 miles after leaving Glasgow, we arrived at our destination. The little shell sand cove of Portuairk is a natural harbour, formed by a deep inlet through the rocks of this exposed coast of Ardnamurchan. The tide was ebbing fast so we had a long carry before we finally hit the water at 11:13. We couldn't wait for the day's adventures to begin. But it was to be a long day...