Self portrait in Smugglers' Cove. 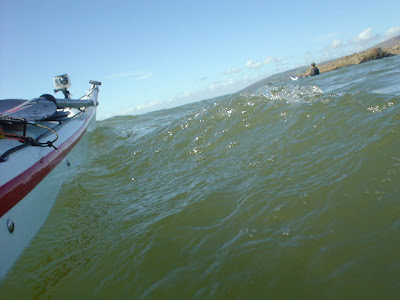 Back in April, the weathermen promised a summer of endless barbecues; which proved to be their euphemism for wind and rain! 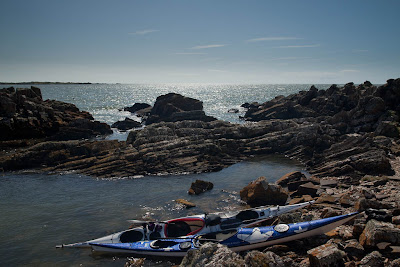 We went on a little jaunt out to Ardwall Island in the Solway Firth on a day which did seem to promise an endless summer.. 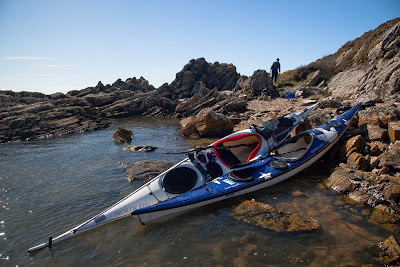 We landed in Smugglers' Cove. Just above the beach there is a hole in the ground which was a hiding place for contraband spirits and wines from the Isle of Man. 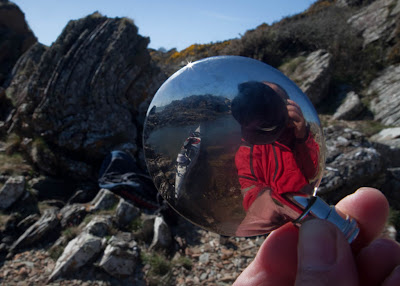 Several people have emailed asking why there are few, if any, photos of me on this blog. Well it's very simple, I take the photos! I did like this one taken after we had polished off our own small supply of spirits!