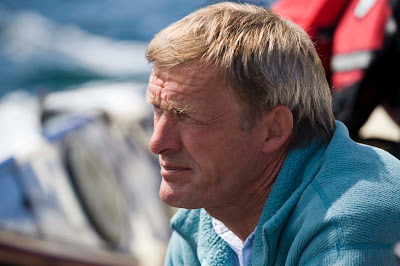 Murty Campbell is one of the great sea kayaking pioneers. Over a decade ago he completed unsupported crossings to isolated Hebridean outliers such as St Kilda, Sula Sgeir and North Rona. Murty has a quiet unassuming manner which belies his experience of the sea, first of all in the Merchant Navy then as cox of the Stornoway lifeboat and as a sea kayaker. 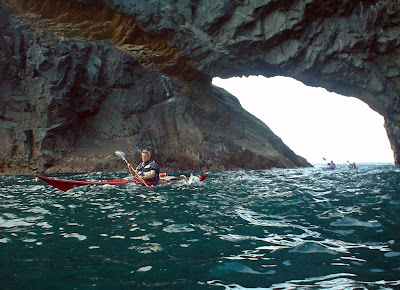 Murty leads a group through the great tunnel of Geodha na h-Airde on the north coast of Hirta. St Kilda lies 67km (42 miles) off the west coast of North Uist in the Outer Hebrides.

His prescence on the water gives an air of quiet confidence which helps less experienced sea kayakers push their own previous boundaries. The fact that a party of twelve sea kayakers (of mixed ability) paddled right round Hirta in the St Kilda archipelago was entirely due to his leadership.