The strange case of the missing calves at sunset. 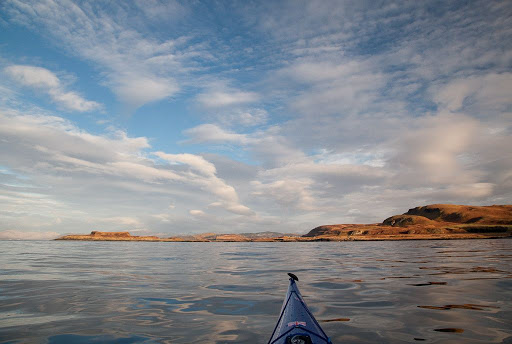 As we approached Eilean na Gamhna (Island of the Calves) the wind dropped to nothing and the sun began to set. 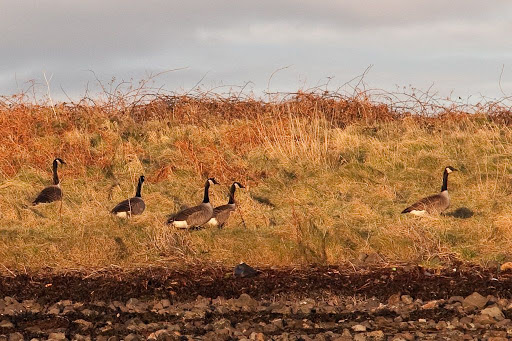 Calves were totally absent from the isle, in their place was a large flock of Canada geese. 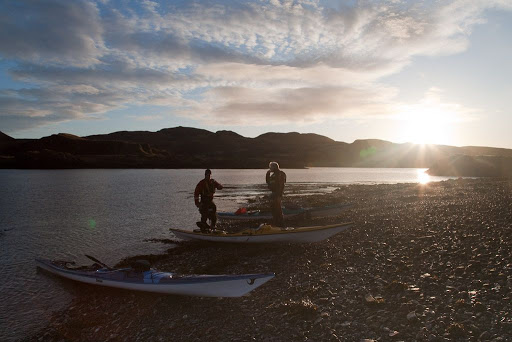 Rather than disturb the geese, we paddled round to the other side of the island. There we compared the merits of three different malt whiskies while pondering the strange case of the missing calves. Are Canada geese carnivorous? 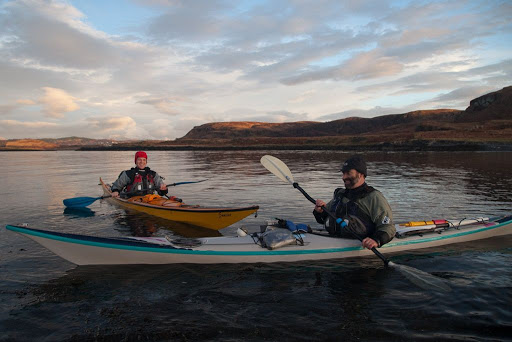 While we were in deep contemplation, Tony Hammock of Seafreedomkayak passed by with Keith one of his clients. 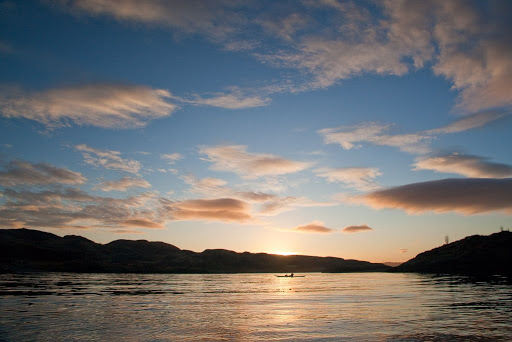 By the time we had left the island of the missing calves... 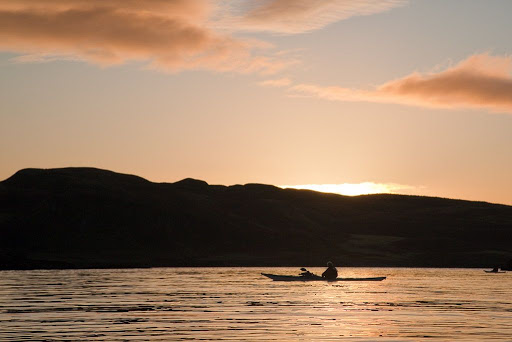