A low point on the horizon but not in our spirits on Loch Shiel.

I have not updated the blog for some time due to ill health but I do make more regular posts on my Facebook page. Ian has started to post on his blog about a great trip we made back in October 2016 and this has prompted me to help create another of our stereovision adventures. 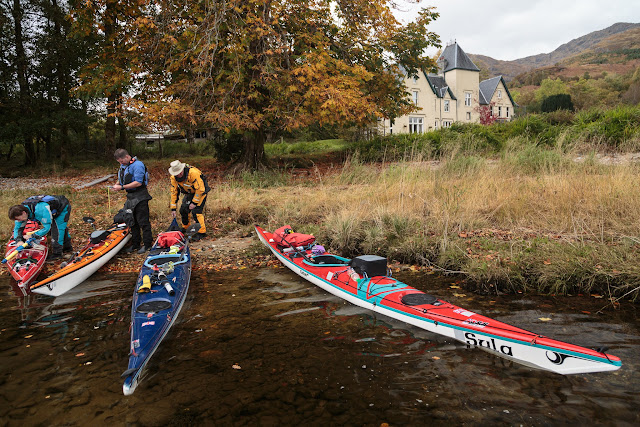 Mike and I travelled from SW Scotland and Ian and Lorna travelled from the NE. Sadly Lorna's husband Allan was not feeling 100% and didn't make it. This put a damper on our spirits  but what a great excuse to do this marvellous trip again, with Allan!

We met at the Glenfinnan House Hotel where we had arranged to leave one car and launch from the hotel grounds into the fresh waters of Loch Shiel. Mike and I ran a shuttle car round to Samalaman Bay on the south side of the Sound of Arisaig. 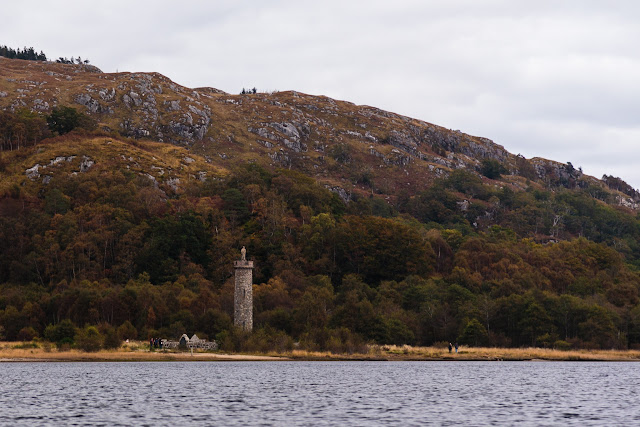 Once on the water, we soon left the Glenfinnan Monument, which commemorates the fallen during the ill fated 1745 Jacobite rebellion. 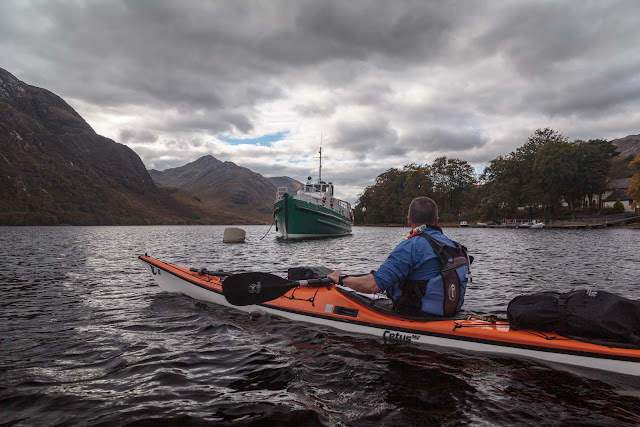 We passed the Loch Shiel ferry, the MV Sileas. 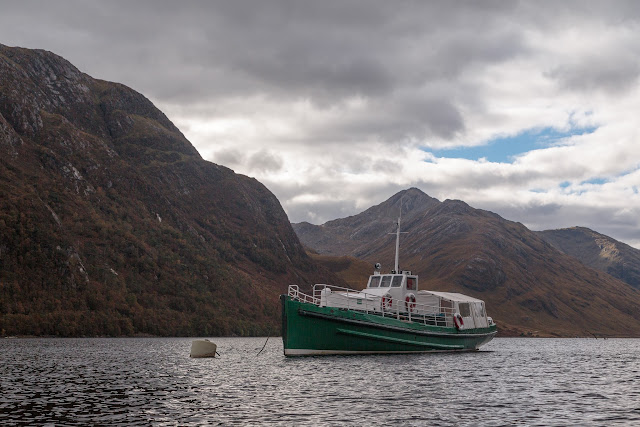 There is no public road along the length of Loch Shiel, so for most people a trip on the Sileas is the only way of seeing the isolated beauty of this Loch. 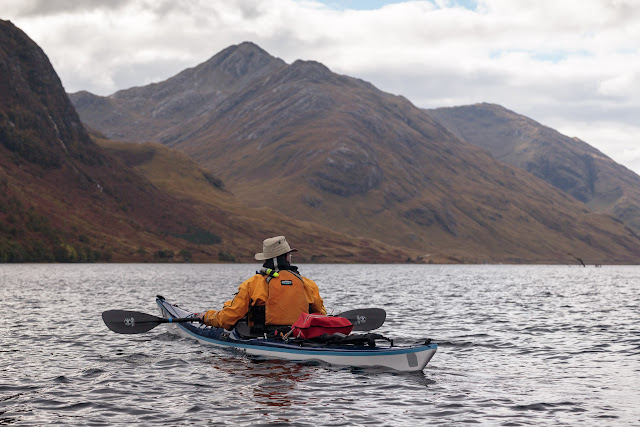 The hills on the SE shore are rugged and bare and... 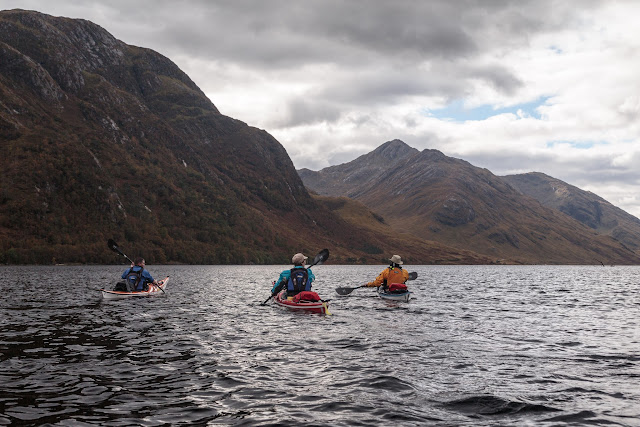 ...tumbled steeply into the silvery waters of the loch under dark grey skies. 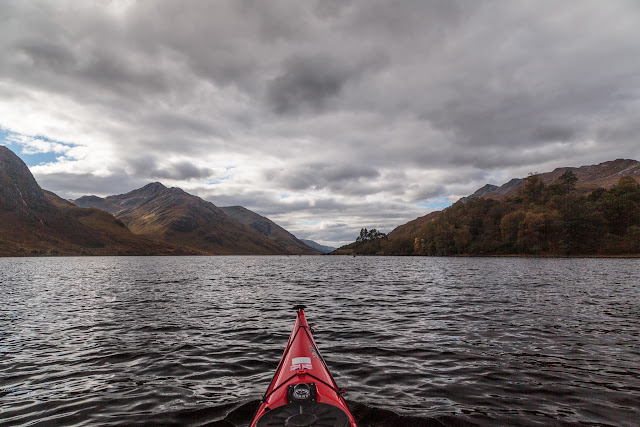 Soon we were out in the middle of the loch where our bows naturally turned to the low point on the horizon. Somewhere beyond lay the sea, some 30km away. 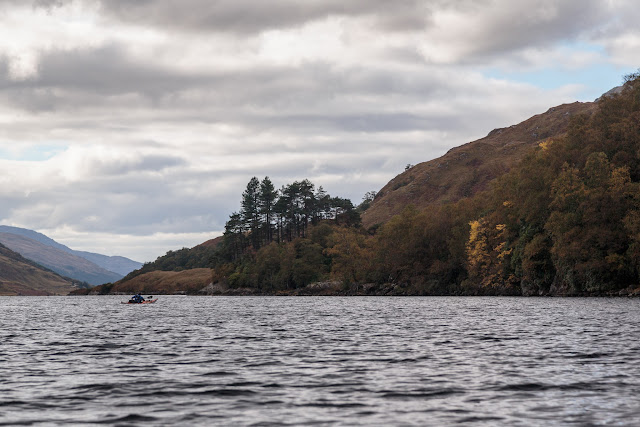 From the middle of the loch we caught a better view of the marvellous mixed woodland of native deciduous and Scots Pine that has survived on the NW shore since the last Ice Age. A flash of brightness... 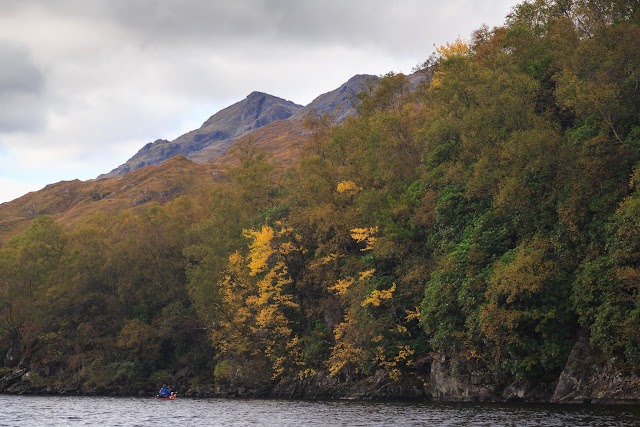 ...attracted our attention to a marvellous golden leaved aspen whose leaves were shimmering in the light breeze. 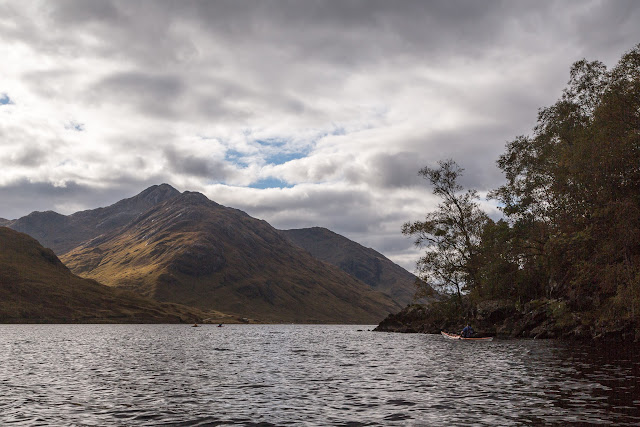 Gradually the equinoctial grey skies brightened, a patch of blue sky appeared and our spirits soared....