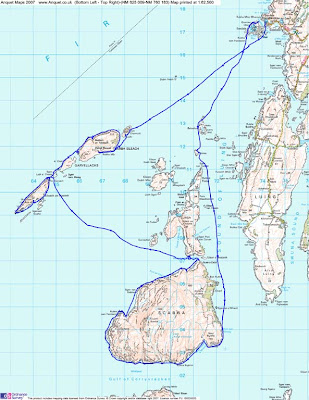 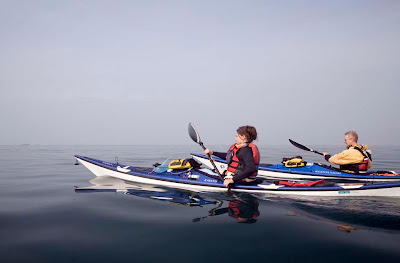 Leaving Easdale there was not a breath of wind and away from the rocks the swell was just a lazy roll in the ocean. 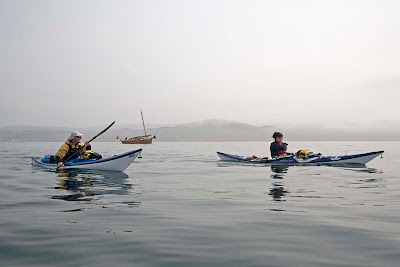 We were headed down the Sound of Luing with the ebb tide. 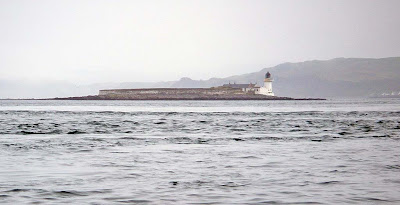 Gradually the pace picked up and we fairly whizzed past Belnahua, Fladda (with its lighthouse) and little Ormsa. (Photo Jennifer Wilcox) 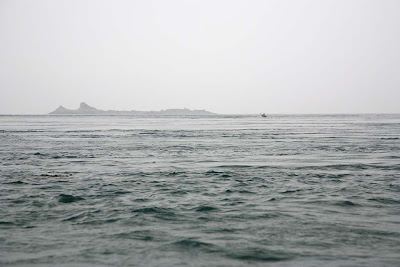 At the north end of Lunga the GPS hit 22.4 km/hr and where the tides from the west and the north east of the island converged, there was a very impressive whirlpool about 15m in diameter with a bright green eye 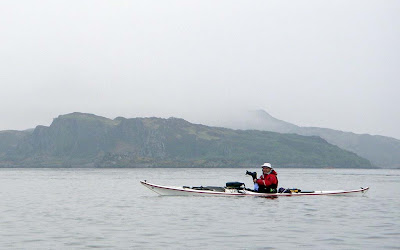 The current only backed off once we were south of the Grey Dogs. (Photo Jennifer Wilcox) 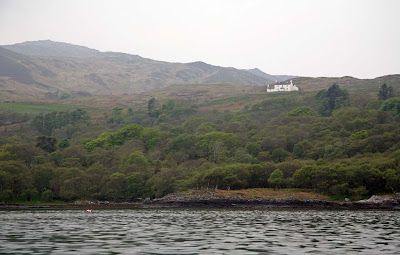 We were soon under the wooded slopes of eastern Scarba and Kilmory Lodge. 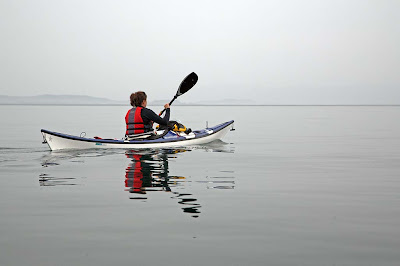 In the lee of Scarba all was calm again as the tides died away. 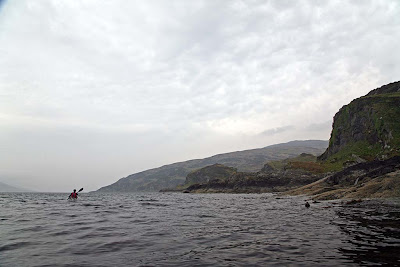 To the south east corner of Scarba from Belnahua is 10 km and we had averaged 12 km/hr. Now, as we turned the corner, we could see the great Gulf of Coryvreckan ahead. We would need to wait till the last of the ebb before we forced a way through.