Paying our respects to the Brownie on Cara. 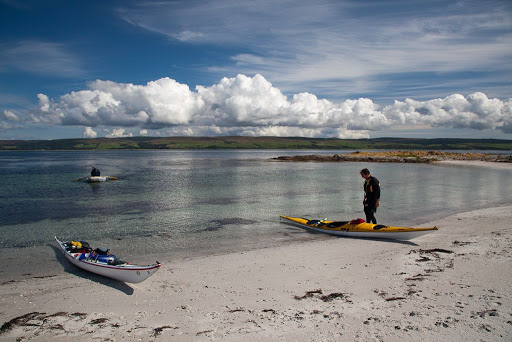 On landing on Cara, Phil and I doffed our caps to the resident spirit, the Brownie. We both said "Good afternoon Mr Brownie, I trust you are well." Note a hatless Phil and a hatted Donald! 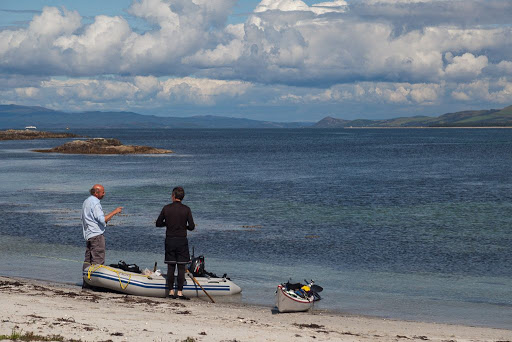 Phil helped Donald up the beach with his boat and explained Cara diplomatic protocol. Donald said, "I'm not taking my hat off for any wee man in a brown coat!" Phil and I were quite unconcerned about Donald, as he had unwittingly already taken his hat off! 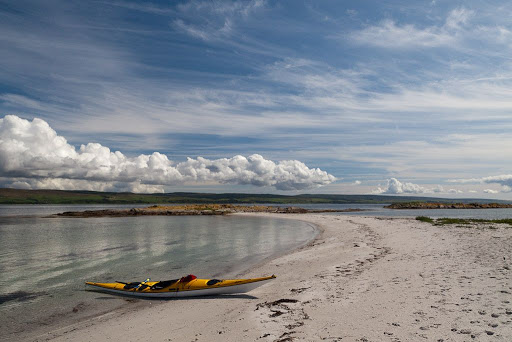 Leaving the boats on the beach... 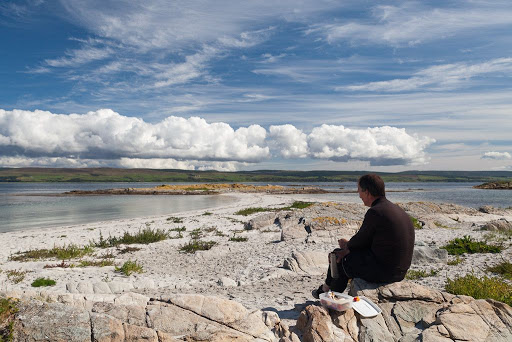 ...we made our way up to the rocks at the top of the beach for lunch where we were undisturbed by any of the Brownie's pranks. In particular, our boats did not drift away in the offshore wind and flooding tide! 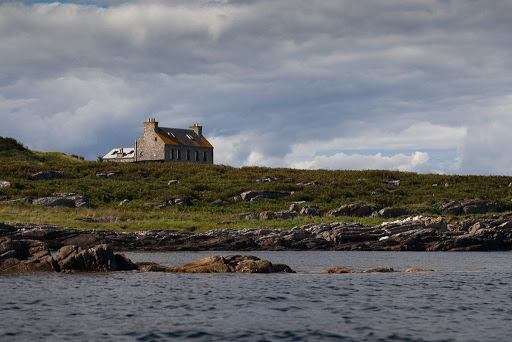 Back on the water, we passed Cara House. Legend has it that the Brownie is the spirit of a MacDonald who was murdered by a Campbell and to this day he resides in one of the attic rooms of the house.

It was now time to leave Cara and return to Gigha. A southerly wind had got up and across the sound, the wind turbines on Gigha were busy generating electricity for the community.
Posted by Douglas Wilcox at 7:00 am No comments: