Not quite the Galapagos but natural selection is alive and well in the Isles of Fleet. 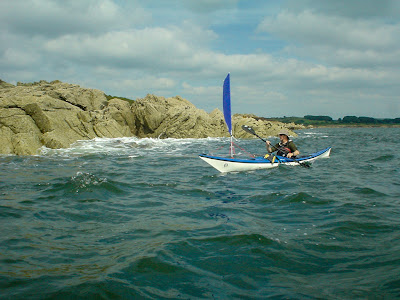 Leaving the verdant pastures of Ardwall Isle, we set off to round... 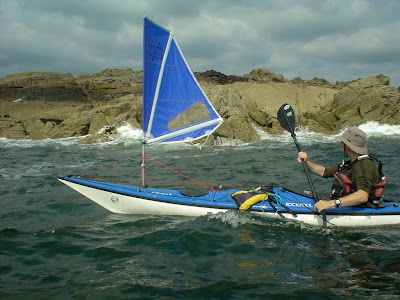 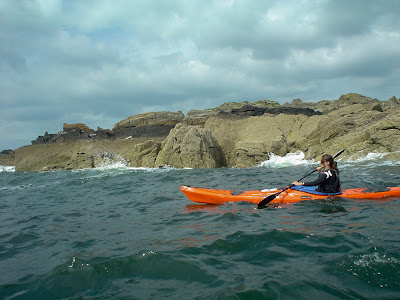 From this viewpoint there was little to suggest... 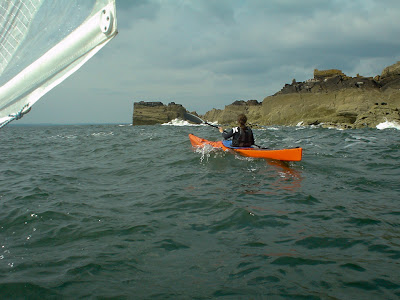 ...that there was any green vegetation on the island at all. Indeed, the coastline was so primeval that we half expected to see basking iguanas round every corner. 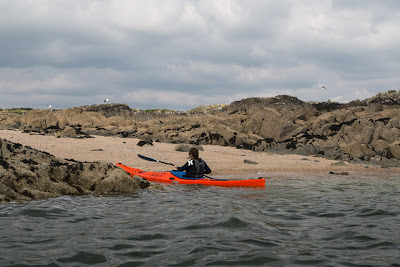 From Ardwall we crossed to Murray's Isles. We landed on the larger isle for another break, though this little sandy beach  is covered after about half tide. We were amused to see two separate paddlers on sit on top kayaks paddle by. We thought they must be members of the DKC* as their only safety items were a pair of gloves and a cotton T shirt. 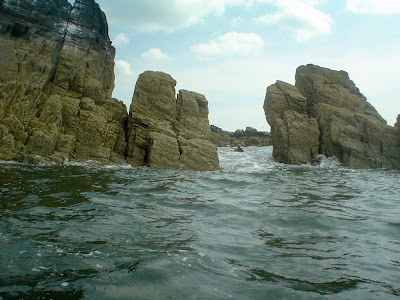 We left the Murray's Isles through this little gap... 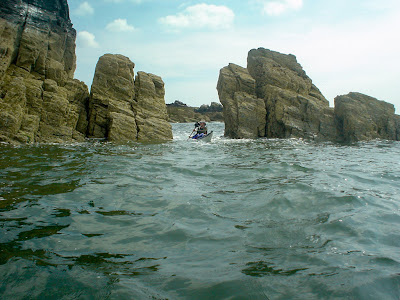 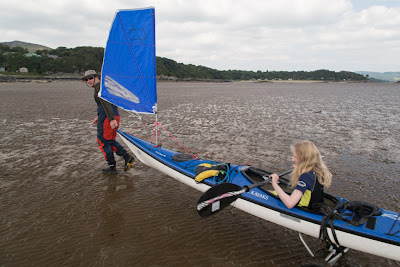 ...arrived safely back a little early. Tony and Jennifer kindly carried my kayak up the beach. Tony brought his trolley back for his own kayak and was ably assisted by his daughter. 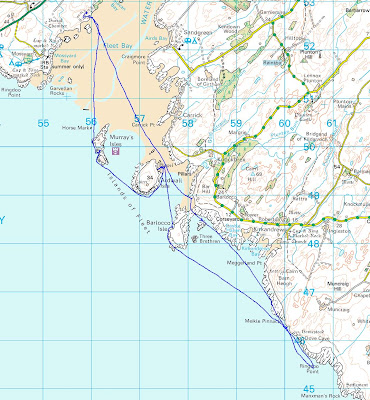 Another great trip in the Solway.

*DKC Darwin Kayak Club.
Posted by Douglas Wilcox at 7:00 am No comments: