On edge in Loch Creran, a satisfying gurgle from the stern. 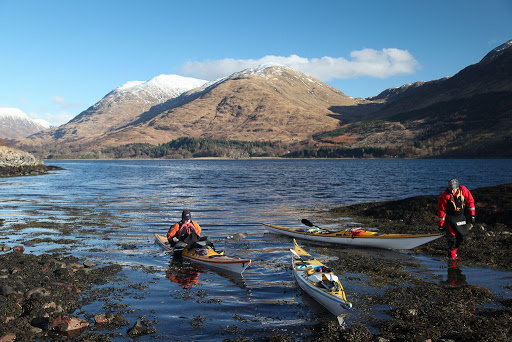 No sooner had we entered the inner Loch Creran than it was was time for a further luncheon... 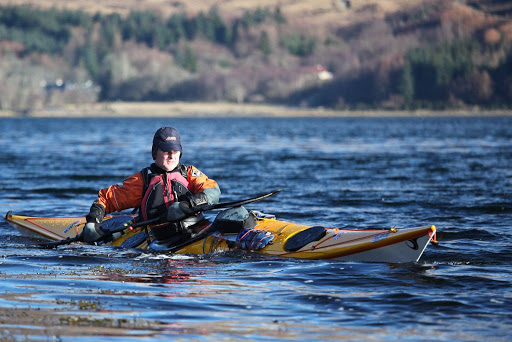 ...however, as soon as I vacated the P&H Cetus LV, Jim leaped straight aboard. 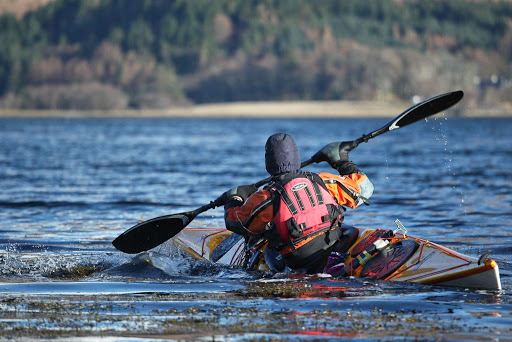 He threw it from edge to edge... 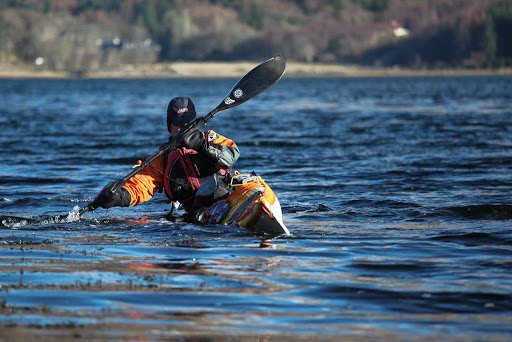 ...revelling in its manoeuvrability. 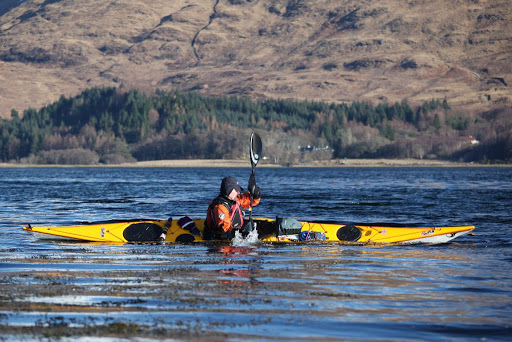 Jim is over 80kg so the boat is behaving as if it was being paddled by a 60kg kayaker with 20kg of luggage. 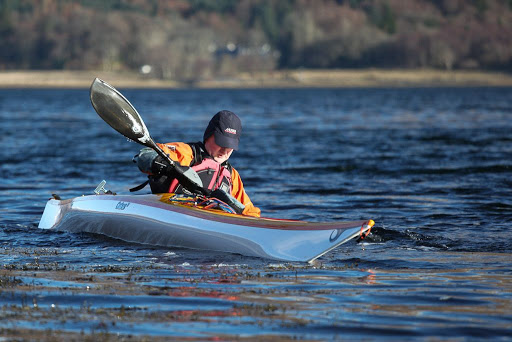 Note that with 80kg aboard, the long drawn out inbuilt skeg does not fully disengage from the water when edged (shortening waterline length and further increasing manoeuvrability). Lighter paddlers of the Cetus LV experience greater manoeuvrability, because the skeg disengages. The Cetus LV is really for smaller paddlers, who want a decent fit and handling, rather than for big paddlers, wanting more manoeuvrability.

What P&H have done with the Cetus/LV/MV is to create a series of boats that allow people of different weights to experience the same handling characteristics, as long as they choose the appropriate kayak for their size. You should make sure that when you demo a Cetus/LV/MV, you choose the smallest size that still allows the waterline to shorten as you edge. A satisfying gurgle from the stern during an edged turn should be a clue that you are in the right kayak. 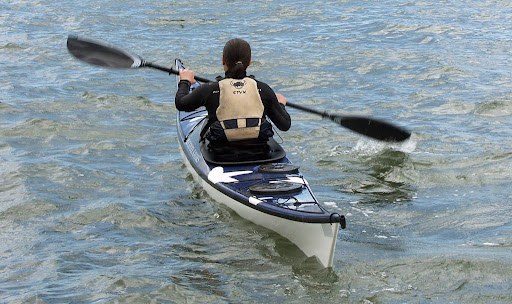 The relationship between body weight and in built skegs is further illustrated by Emily at 58 kg in a Rockpool. When the hull is upright her weight is sufficient to keep the skeg in the water, increasing waterline length and speed. 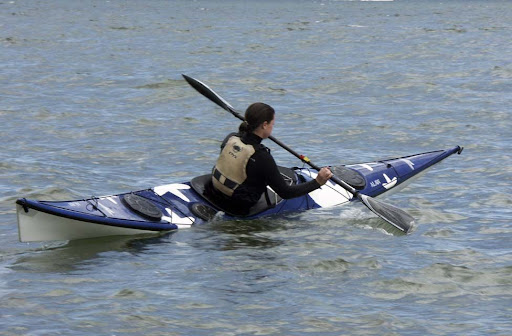 When edged, she is light enough to allow the skeg to disengage, shortening waterline length and increasing manoeuvrability. My brother who is 17 stone did not find my Alaw Bach very manoeuvrable as he was so heavy the skeg remained in the water.

In testing the Cetus and Cetus LV, I was surprised that the Cetus LV was no more manoeuvrable than the Cetus. At 92 kg, the skeg never released with my wight aboard.

Not all LV versions of a kayak will produce a waterline shape more suited to a light paddler. For example the Quest LV is identical to the Quest on the waterline. So are the Alaw and Alaw Bach (I also think the Isel looks very similar on the waterline to the other two, despite its very low deck line).

The Nordkapp/ Nordkapp LV and the Cetus/LV/MV differ, the LV versions do have a different waterline shape. I do hope that other manufacturers produce versions of their kayaks that have waterline shapes that are appropriate for different weights of paddler. 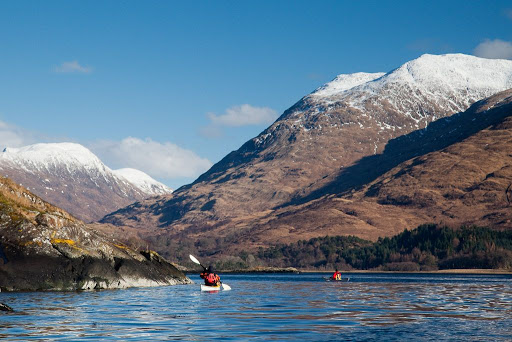 The head of the loch was calling, we pressed on.
Posted by Douglas Wilcox at 10:22 pm 6 comments: