In spitting distance of Ailsa Craig 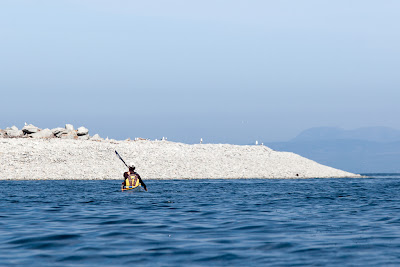 On approaching the east corner of Ailsa Craig, we saw that a spit of fresh gravel had formed since we were last there only 6 weeks before. This spit often appears after strong NE winds. 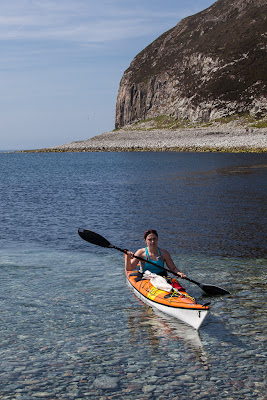 We decided to land here as the stones were smaller than those on the main beach and were not covered in evil green slime. 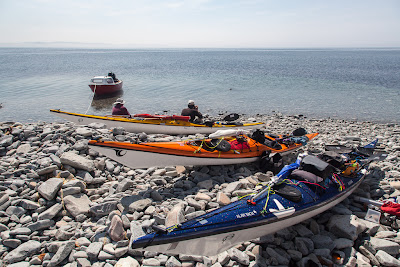 We enjoyed our luncheon on this stunning ... 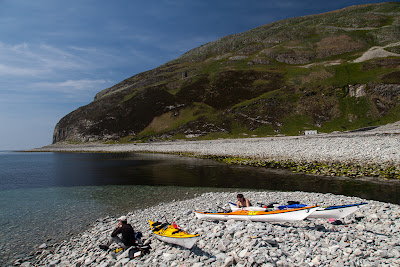 ...location before Donald and I set off... 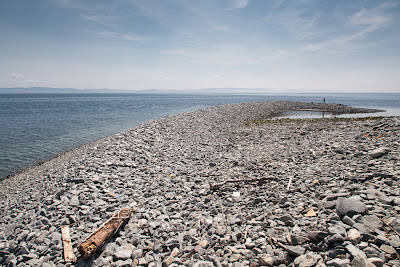 ...along the spit for the path to Ailsa Craig's summit. 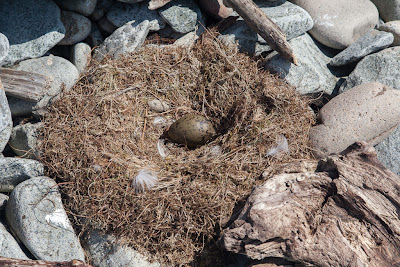 At first I thought this was an eider duck's nest  on the stones beneath the lighthouse.
However, I thought their eggs were a uniform pale colour so I am not sure. 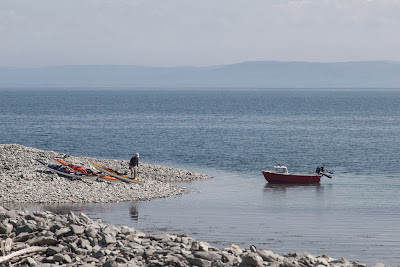 Once on the Ailsa Craig mainland, we left Phil and Jennifer to mind the boats and have a swim.
Posted by Douglas Wilcox at 9:20 pm 2 comments: