Plucky paddlers work their way to weather past Pluck Point. 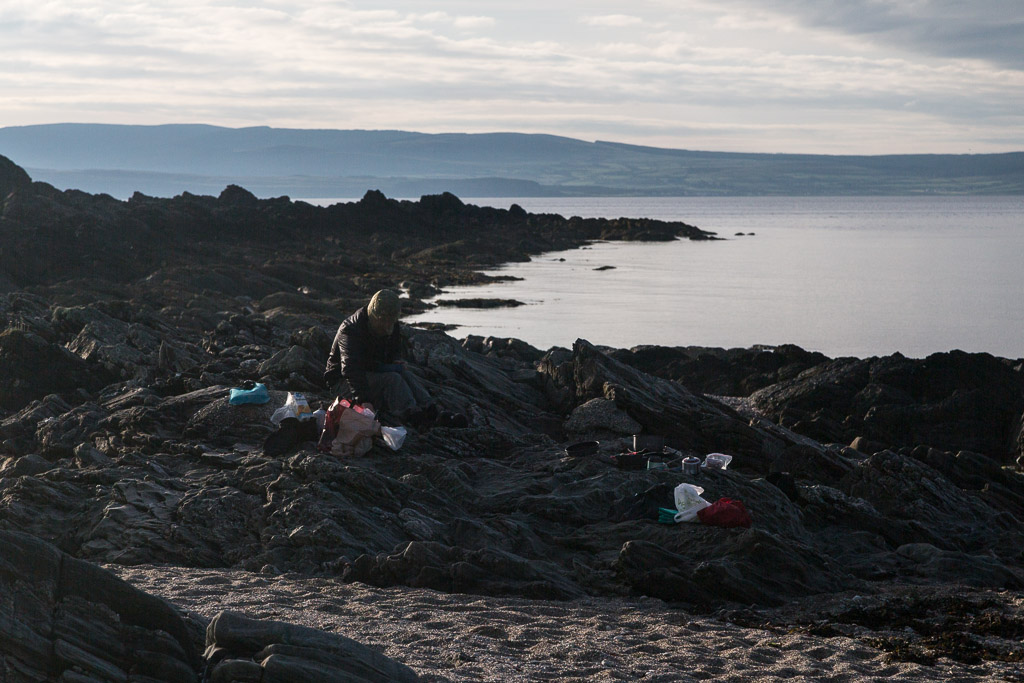 We awoke to a beautiful morning in Saddell Bay. Unfortunately so did the midges and their morning was made by our presence (not to mention blood). 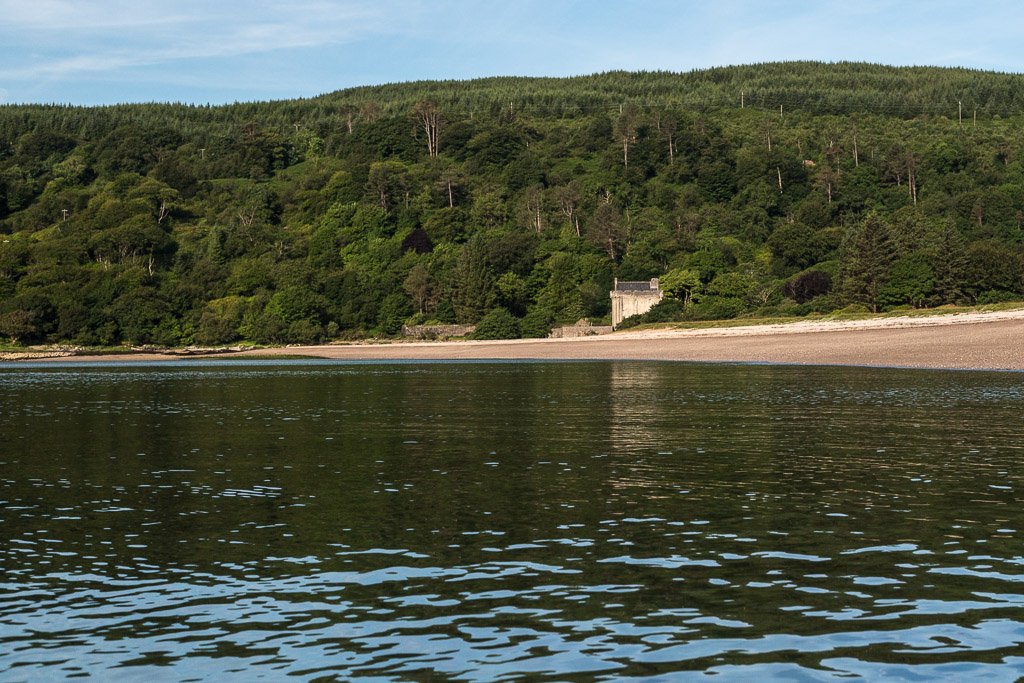 As a result we did not dally and were on the water below the old castle walls by 07:50. 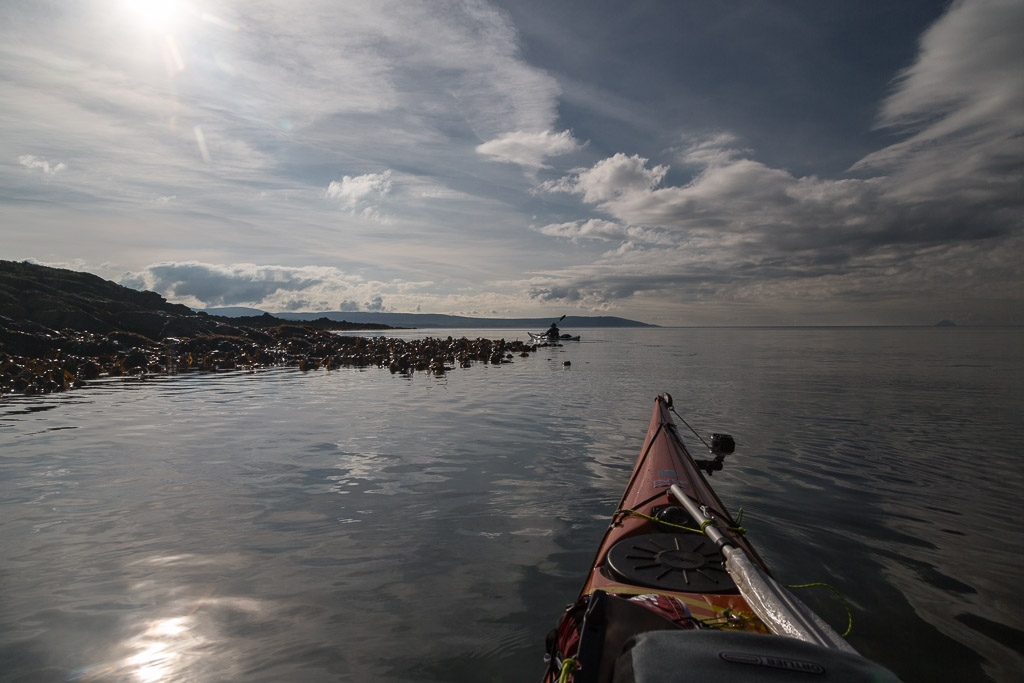 Initially we were in the shelter of the lee of Pluck Point but... 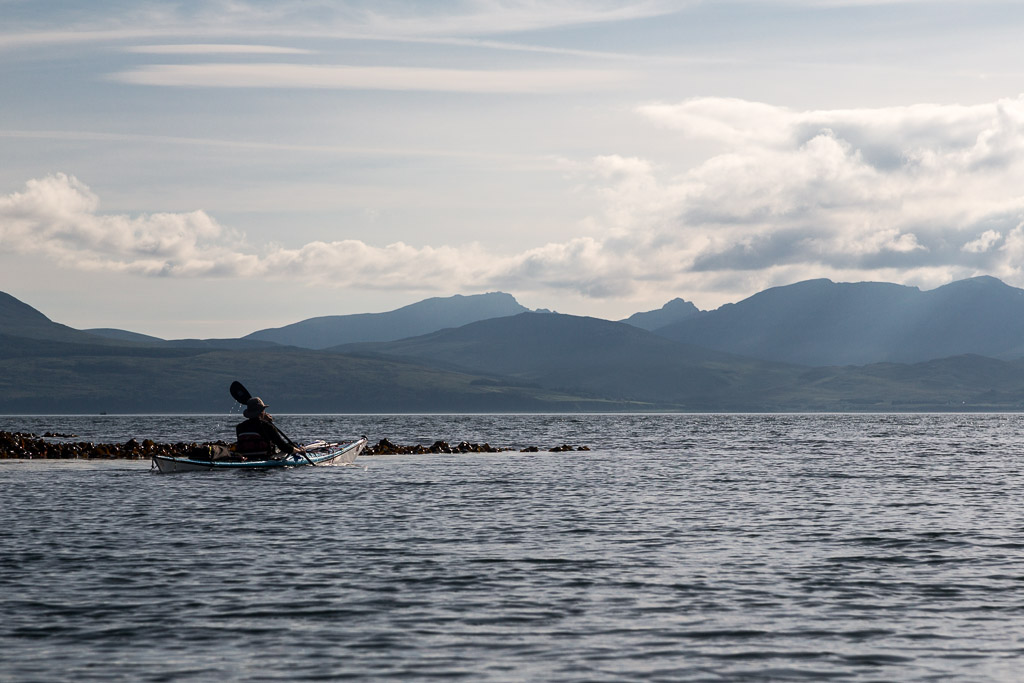 ...as we rounded the point we were me by a north wind which blew straight down... 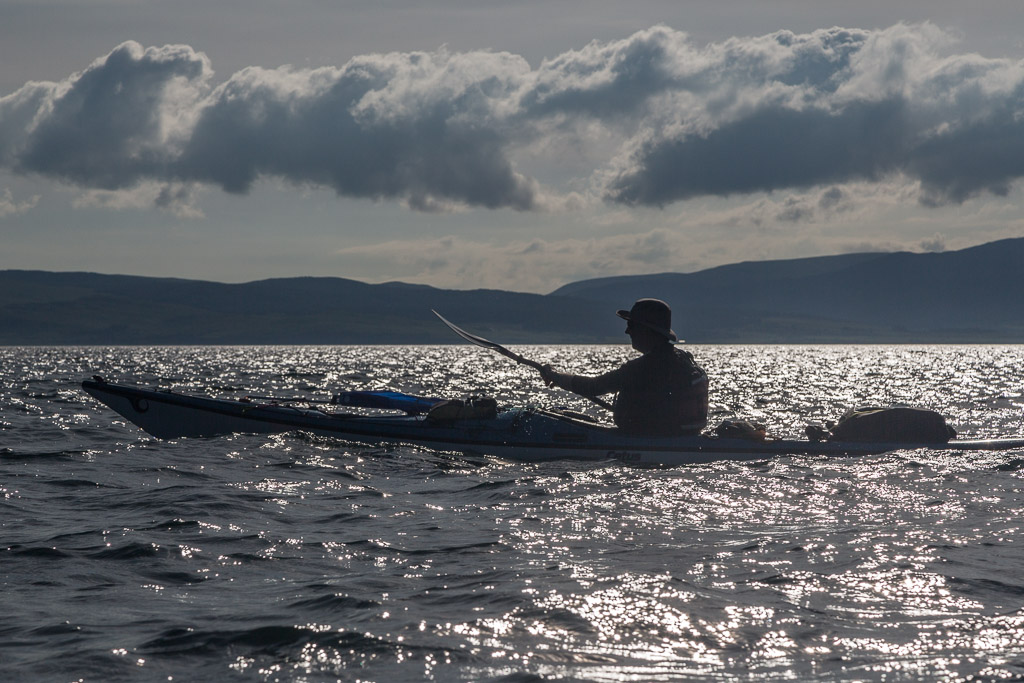 ...the Kilbrannan Sound against us. 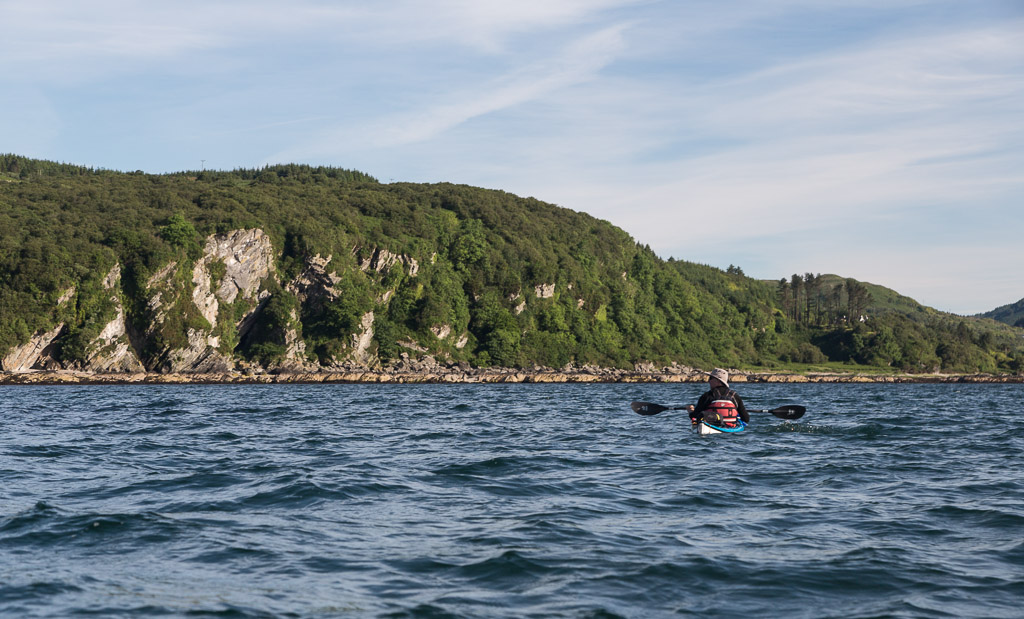 We kept going without stopping for a rest as the coastline was rather inhospitable for landing. 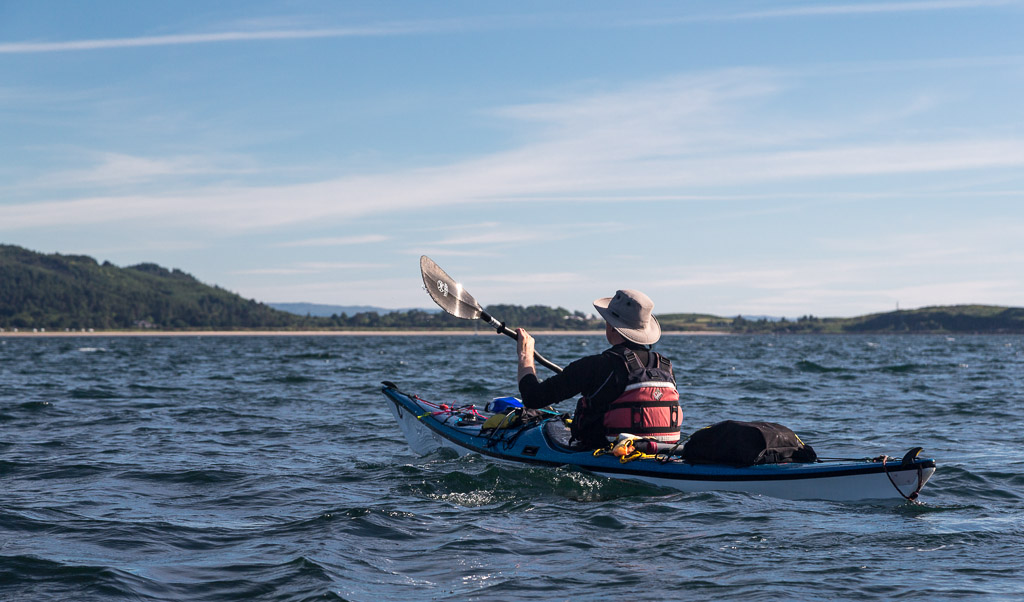 Eventually we reached the broad sweep of Carradale Bay. We reckoned we had now got upwind enough... 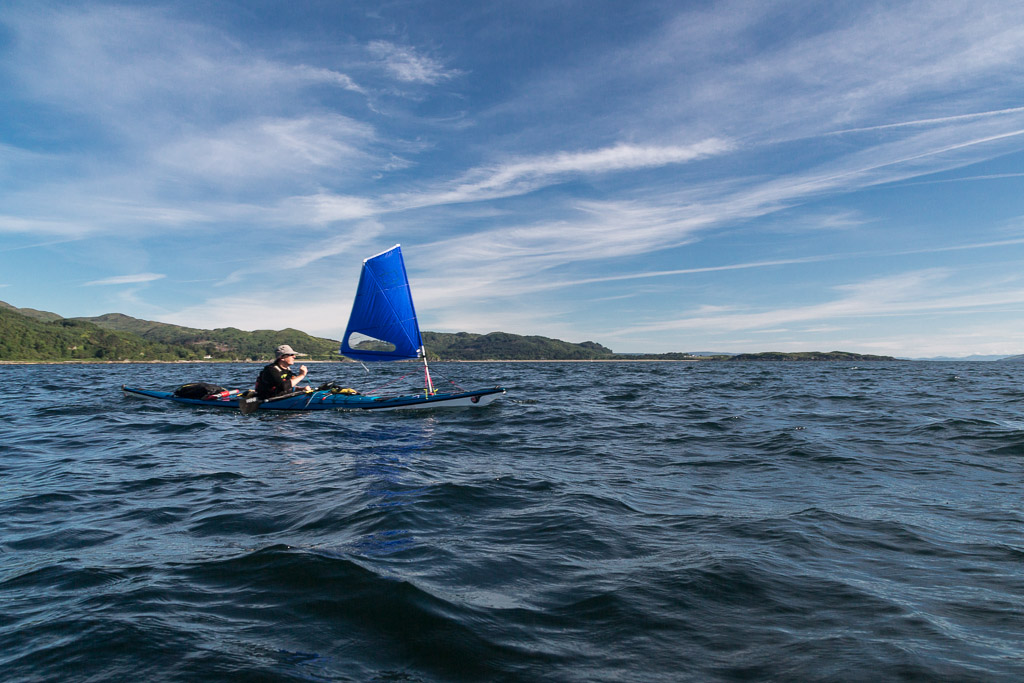 ...to launch the sails for a crossing to the King's Cave on Arran.
Posted by Douglas Wilcox at 9:36 pm No comments: