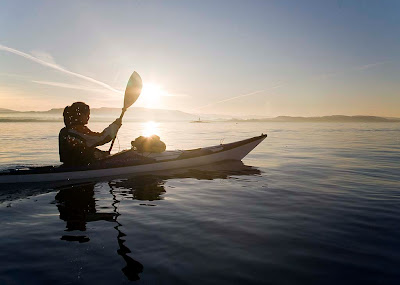 Our recent trip to the delightful island of Lismore continued... 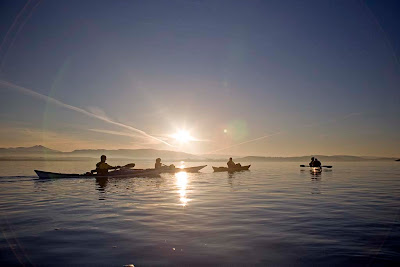 ....with tidal assistance down a glassy Lynn of Lorn. The low winter sun slowly achieved its zenith as the ebb gathered its full flow. 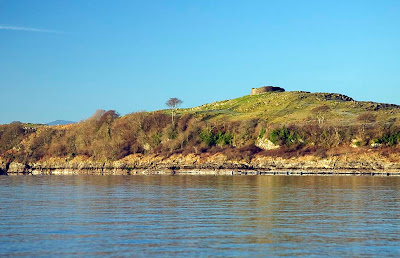 Lismore is such a fertile isle that it was always seen as a prize in historical times. It has many defensive duns and castles of different ages and eleven are still named on the 1:50,000 OS map. This one is a Pictish broch called Tirefour Castle. It is probably about 2,500 years old. Originally it would have tapered upwards to about 7 times its current height but over the centuries its stones have been robbed for later buildings. 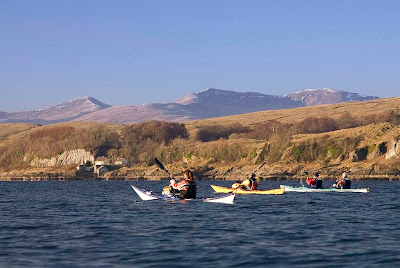 The tide carried us relentlessly onwards and the distant mountains of Mull appeared, rising steeply behind the gentler slopes of Lismore. 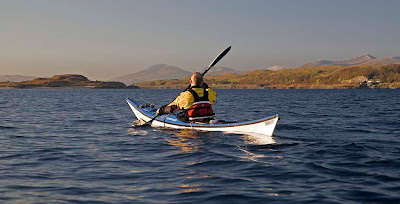 My goodness this was hungry work and after passing yet another dun, we spotted a lovely beach ahead on a little island called Eilean nan Gamhna. Time for a break!