Lochbuie, his highlanders and an admirable port. 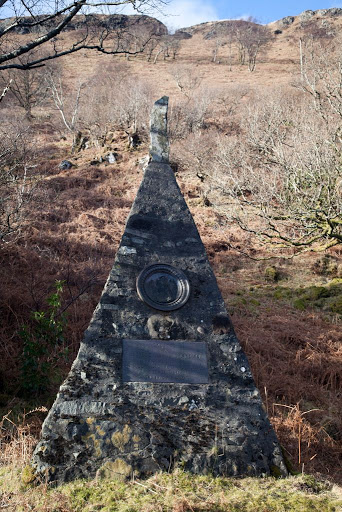 Emerging from Loch Uisg, we found ourselves on the Lochbuie road once more. This obelisk was:

Erected by Lochbuie and his highlanders to commemorate HM Queen Victoria's Diamond Jubilee 22nd June 1897 "God Save the Queen".

Lochbuie was the chief of the clan Maclaine which owned these lands from the 14th century until 1922 when it was sold to Sir Richard Garton who had brewing interests in London. The estate is still owned by his descendants, the Corbett family. 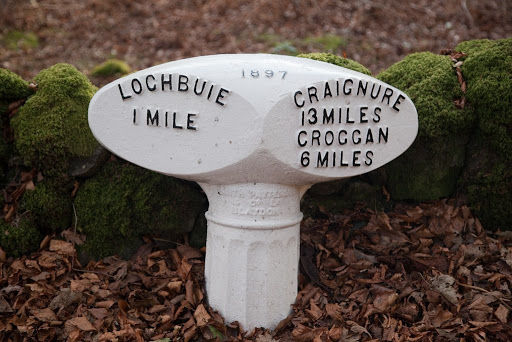 It was somewhat disheartening to discover we still had a mile to go. These must be long Scot's miles. We decided to take a short cut to the sea through the grounds of Lochbuie estate. The estate road had suffered from the severe winter weather and was full of pot holes. We just turned a corner and met a distinguished looking gentleman in tweed. He was shovelling bottoming into the potholes. It turned out to be Jim Corbett, the owner of Lochbuie. We complimented him on the beauty of the estate and he said he was very lucky to live in Lochbuie. 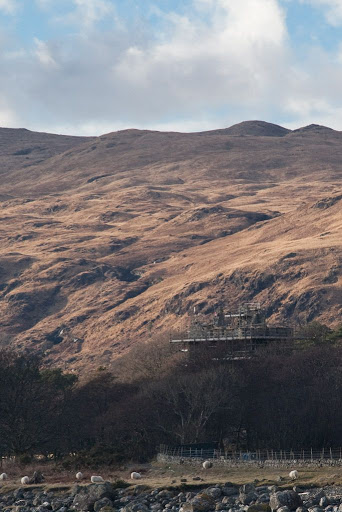 We continued down to the sea near Moy Castle. The castle was built in the 15th century by Hector MacLean. It is currently being restored. In 1752 the Maclaines moved out of the castle and into the much more comfortable Lochbuie House which is now the stable block for the estate. In 1773 Dr Johnson and Mr Boswell were entertained by the 17th laird of Loch Buie while on their tour of the Hebrides. Boswell wrote in his diary:

“We had heard a great deal of Lochbuie being a great roaring braggadocio both in size and manners. The truth is that Lochbuie proved to be a bluff, comely, noisy old gentleman, proud of his hereditary consequence, and a very hearty and hospitable landlord”.

Boswell also recorded that Lochbuie was a “delightful host” and kept “an admirable port” of which, he drank a whole bottle. The staff at seakayakphoto.com are delighted to follow the example of the great diarist on our little tours!

The current Lochbuie House was completed in 1790. 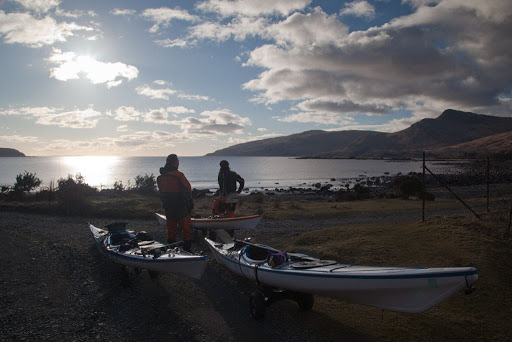 We now emerged at the head of Loch Buie. The loch looked glorious with its surface burnished by the late afternoon sun and its entrance framing the distant island of Colonsay on the horizon. It was obvious I was not going to make it over the boulders to the water with my injured knee, so we turned left and continued south on the estate road...
Posted by Douglas Wilcox at 10:52 pm No comments: 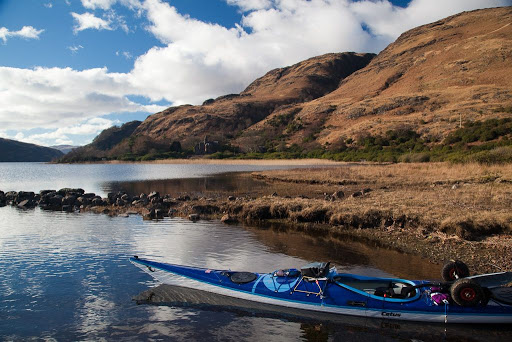 After a long, hot portage, the kayaks found themselves in the cool fresh waters of Loch Uisge. In the distance, Craig Ben Lodge nestled in the woodland between mountain and loch. 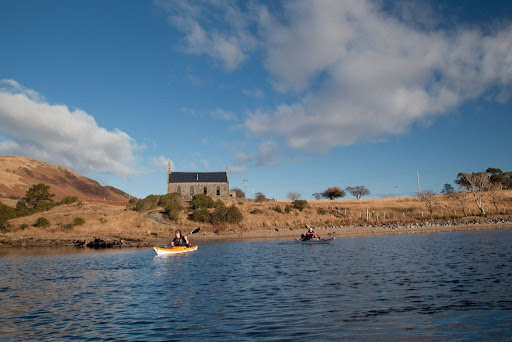 A little road ran past the church and alongside the shore at the east end of the loch. 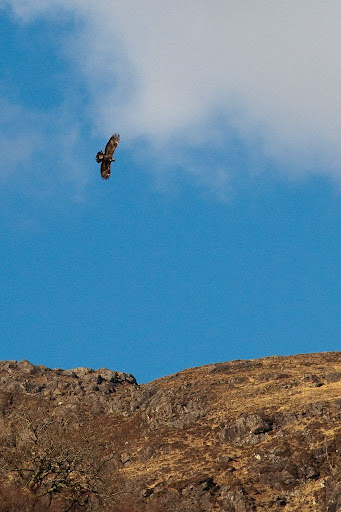 A golden eagle soared over the steep slopes above. 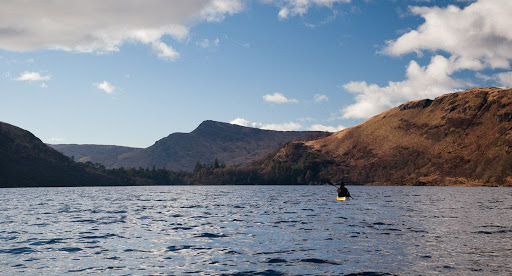 An approaching horizon line signified the end of the loch. Our destination, Loch Buie lay hidden, 16m below us, in the gap before Beinn na Croise, 503m. 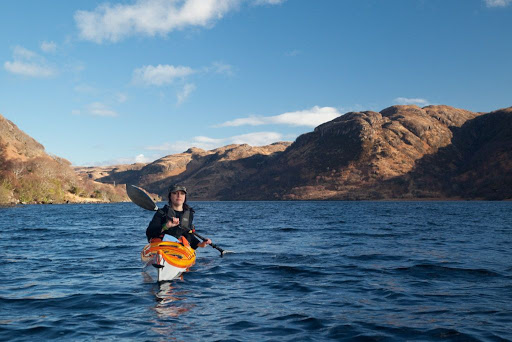 All too soon, our delightful sojourn on Loch Uisg came to an end... 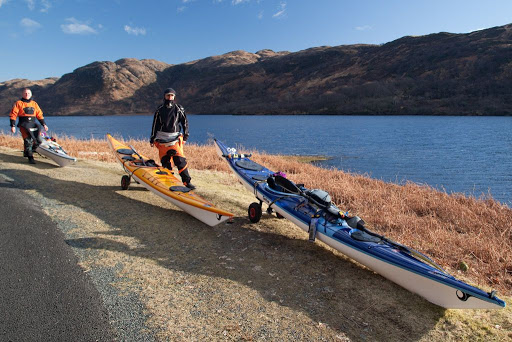 ...and our next portage began.
Posted by Douglas Wilcox at 7:00 am No comments: