The mysterious enclosures of An Lag, St Kilda. 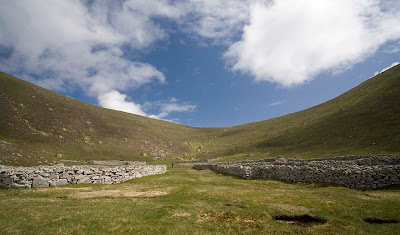 As I entered the hidden hollow high above the village, the slope levelled off and I was drawn towards some large, stone walled enclosures. 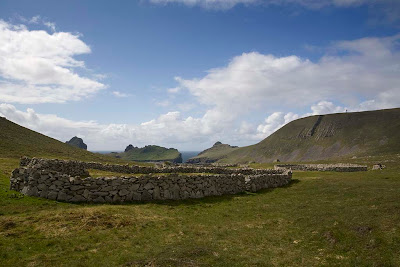 From up here, there was no sign of the village or the bay far below. Only the distant Atlantic could be seen through gaps in the rocky ramparts of distant Dun. 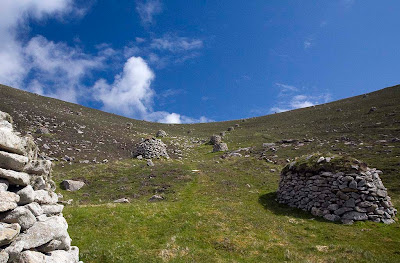 After the enclosures the slope steepened towards the Gap between Oisebhal (293m) to the SE and Connachair (776m) to the NW. Lines of cleitean marched boldly up the slope and I was soon perspiring in the hot June sun as I rested by each. 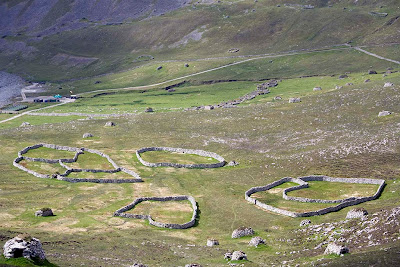 Nearing the top, I turned to catch my breath. Then I saw for the first time, the true complexity and apparent randomness of the enclosures. At first, I thought they were sheep fanks (stone pens) but they looked like they were designed to keep animals out rather than in. The exterior of the walls is vertical but the interior is sloped. It is thought they were built relatively late in St Kilda's history, probably about 1830. No one really knows their purpose or why they were built in such a way but one theory is that they were to shelter growing vegetables and crops.