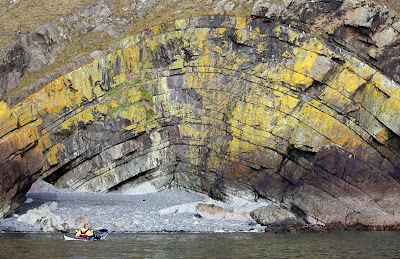 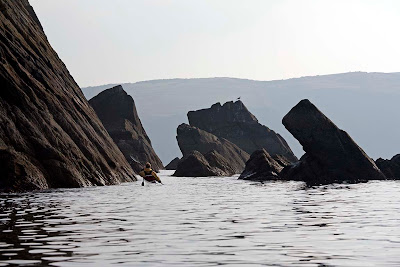 Leaving Slouchnamorroch Bay, we continued our paddle past cliffs that plunged straight into the sea. Just offshore huge blocks were inclined to the same angle as the cliffs. 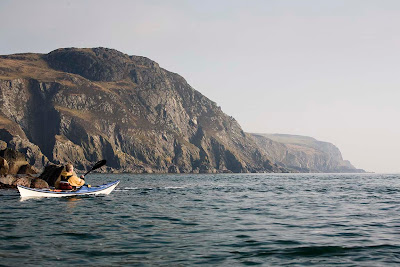 With increasing tidal assistance we made our way round Crammag Head and found ourselves under the rocky ramparts of Dunman Hill. Two millenia ago, ancient Britons held a hill fort on its southern flanks. 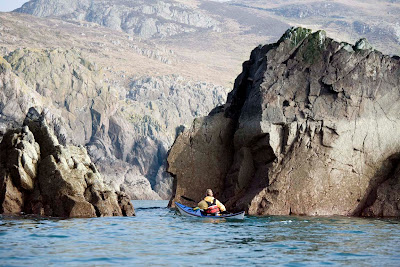 On the north going flood tide (this is looking south) the sea builds up behind this gap and you shoot through the gap like a river rapid. 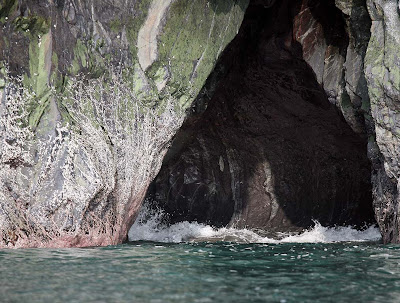 Far beneath the summit of Dunman lies the "Y" cave. 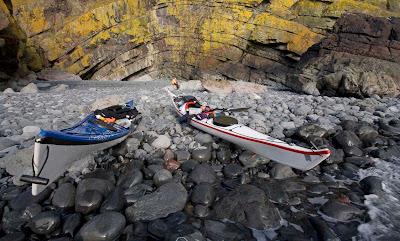 We stopped for a second luncheon of Christmas cake, just south of Portdown Bay, at the stunning Rainbow Rock with its folded strata.