A new dawn on the fossil rock glacier of Beinn Shiantaidh, Jura 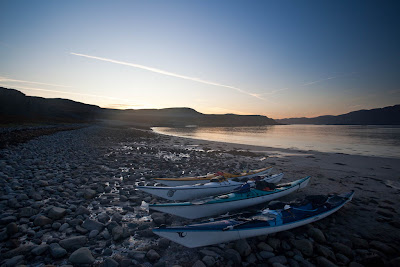 Before dawn there was not a breath of wind to disturb Loch Tarbert on Jura. The humidity was very high and condensation was everywhere. 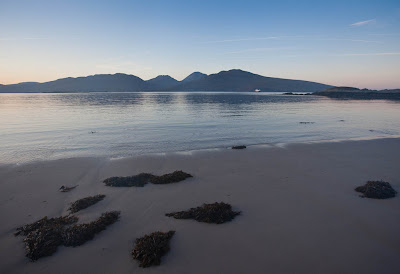 The sun had not yet hit the summits of the Paps of Jura and it was still too cold for the midges to make their appearance. 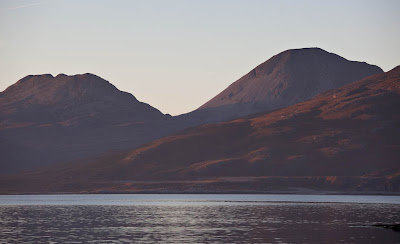 Then slowly the Sun's rays shone through the coll between Corra Bheinn (573m) and Beinn Shiantaidh (757m) and warmed its summit slopes. This coll is the site of a very unusual geological structure on the Shiantaidh side. There is a fossil rock glacier at the base of the large (sunlit) scree slope above. It formed between 11,000 and 10,000 years ago and is thought to be evidence of low altitude permafrost in this part of Scotland at that time. 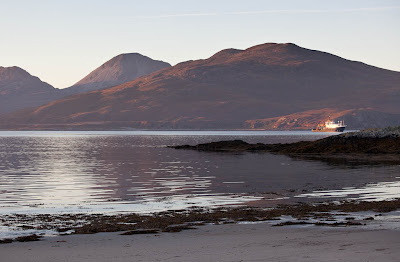 As the sun continued to rise, it caught the NLV Polar Star as she was preparing to leave the loch. Some of us were not exactly ready to weigh anchor...
Posted by Douglas Wilcox at 8:00 pm No comments: