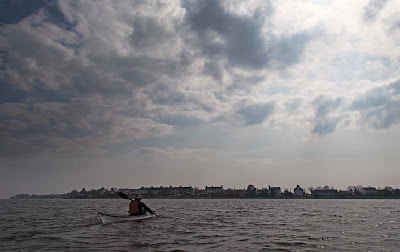 Crossing the broad expanse of Drum Bay we approached Carsethorn .Having been denied white topped foaming Solway Steeds we now looked forward to some white topped foaming pints of Guinness in the waterfront beer garden of the Steamboat Inn. Sadly, our thirst went unslaked, not only were the no rooms, the Inn was closed!!!! Hopefully, it will reopen soon. 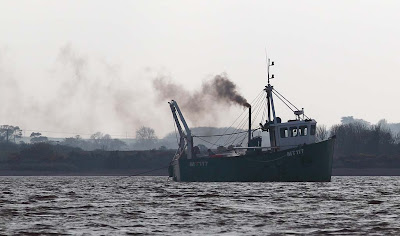 Chugging up and down, just off shore, the Leah Marie, MT117, was dredging for cockles. For most of the day the Carse Sands are dry land. They are only covered by water for a couple of hours at high tide. This little trawler from Maryport on the English coast of the Solway had to time her arrival with some precision. She is quite a new boat having been built in 2006 but it looks like she has a wood burning engine in there! 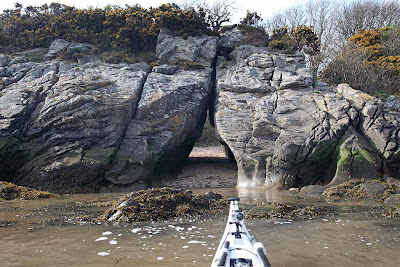 Quite thirsty we came to the Thirl Stane. At high tide you can paddle right through this natural arch into a delightful sandy cove behind. As it was, the tide was retreating quickly and we had to press on to our final destination Southerness. 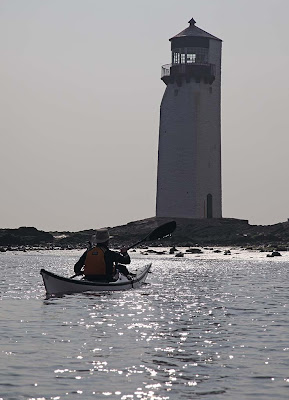 Southerness is a rocky point which extends south into the sands of the Solway coast. The lighthouse is the second oldest in Scotland. It was commissioned in 1748 to encourage ships to use the ports of Carsethorn, Glencaple, Kingholm Quay and Dumfries. 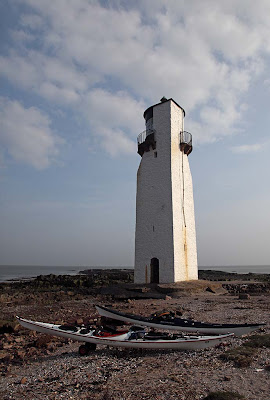 The lighthouse is surrounded by water at high tide. It was heightened on at least two occasions but due to decrease in shipping traffic in the Upper Solway it was last lit in 1936. 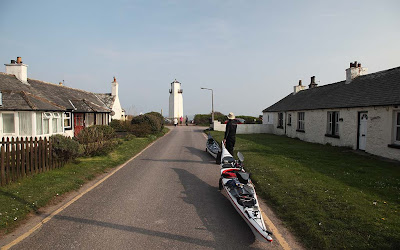 The old village of Southerness is rather attractive with low cottages which seem to shrink into the ground to escape the winds that blast across the point. Unfortunately it has grown somewhat and is now surrounded by a huge caravan park. We chose not to stop at the pub.

All in all a thirsty 25km trip from Dumfries to Southerness but what a magnificent way to enter the Solway!