Keeping fast company on the crossing to Ailsa Craig. 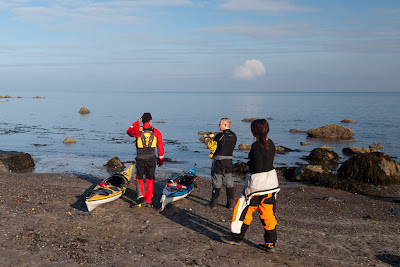 Last Sunday, Phil, Tony, Jennifer and I met at Lendalfoot on the Ayrshire coast. We were bound for Ailsa Craig, a huge monolith of granite, which is situated at the entrance to the Firth of Clyde, some 14km offshore. 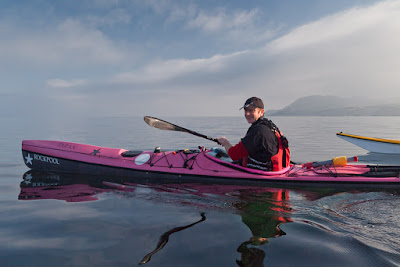 The staff of seakayakphoto.com have a new honorary member. John Willacy is the designer of the Rockpool Taran, which has something of a reputation as a speed machine, especially with John aboard! John was in the area after a little paddle the day before and so he was keen to do some more paddling before returning to Anglesey. Of course John's idea of a little paddle is not necessarily the same as most people's. On Saturday he had broken the record for an unsupported crossing from Portpatrick in Scotland to Donaghadee in Northern Ireland. Then, he just paddled back over to Portpatrick again! 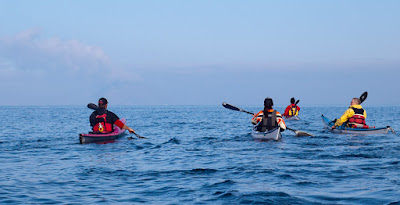 We set off into the mist on a bearing of 320 degrees, Ailsa was hiding in the mist. 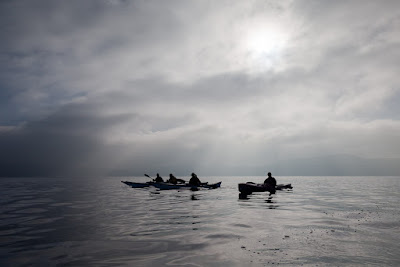 It wasn't long until the Ayrshire coast was also swallowed in the mist and we were all alone at sea... 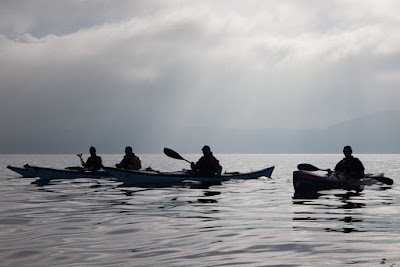 ...well not quite alone. We heard the roar of the approaching high speed ferry, which leaves Troon at 10:05 for Larne in Northern Ireland. 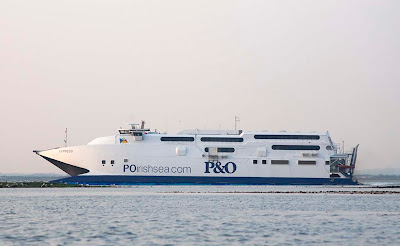 It does the 110km crossing in just two hours and has a maximum speed of 41knots. Fortunately it usually goes down the far side of Ailsa Craig. But not always...
Posted by Douglas Wilcox at 8:36 pm 2 comments: