Do Holy Island monks think they are above the Law of Scotland? 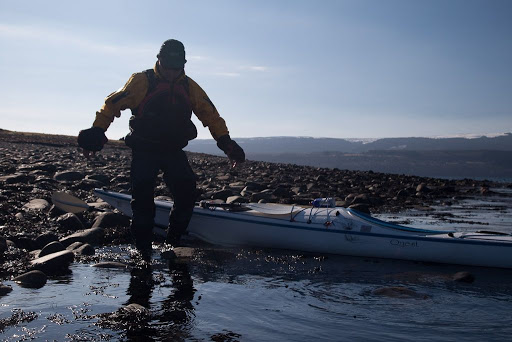 Well the Calmac bacon and sausage rolls had barely settled before it was time for second breakfast. We decided to land at the north end of Holy Island. Unfortunately it was low tide and there were innumerable slippy boulders to negotiate. No sooner had he got out his kayak than Jim made his way over to assist me. He helped me to the top of the beach while Tony and Phil carried my kayak. 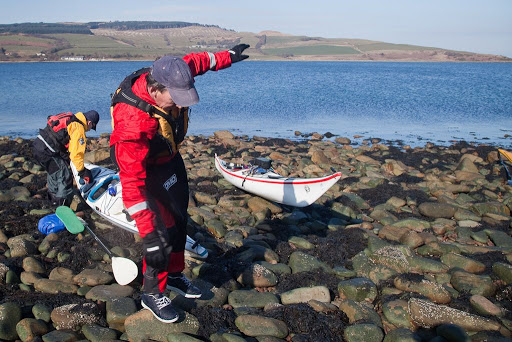 My knee nearly dislocated again as I winced, just watching Phil try to negotiate his way up the slippy beach! 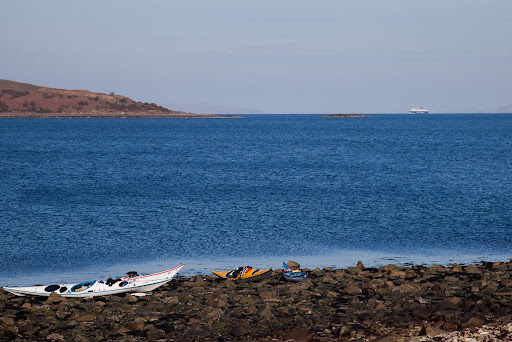 Soon we were sitting enjoying second breakfast and a wonderful view over Lamlash Bay as the MV Caledonian Isles made her second approach to Arran of the day. 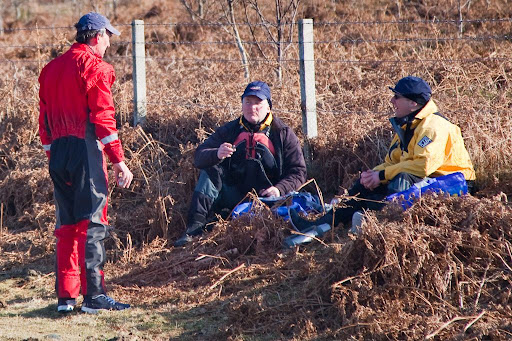 Then Phil went for a stroll but soon returned in a rather agitated state. "Come and see what I have found!" 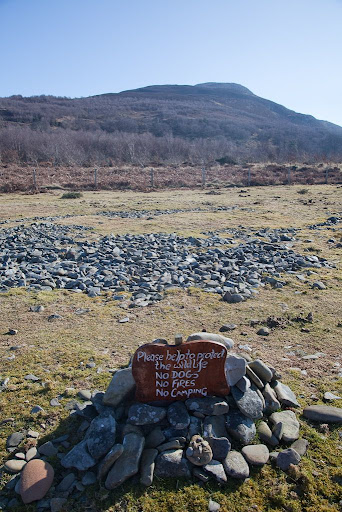 Just a short way along the beach, Phil showed us this. Right on an ideal spot for wild camping, which is a legal activity under the Land Reform (Scotland) Act 2003, the monks have built a little cairn round this illegal sign.

If you wish to camp here, do not be intimidated by these Buddhist monks, who have an excessive attachment to the land and a disregard for Scottish law. This is a perfectly legal place to exercise your right to responsible wild camping. If this possession of and attachment to the land is typical of Buddhist behaviour, then it is easy to understand why Mao Tse-Tung was so hostile towards the religion.

Scottish history has many landlords who have enjoyed possession of the land. Well it looks like the monks of Holy Island are on their way joining the company of Elizabeth, 19th Countess of Sutherland et al. Fortunately for the monks, Scotland is a democratic and law abiding country, which has not undergone a People's Revolution.
Posted by Douglas Wilcox at 12:50 pm 5 comments: