Of Kintyre buzzards and giants. 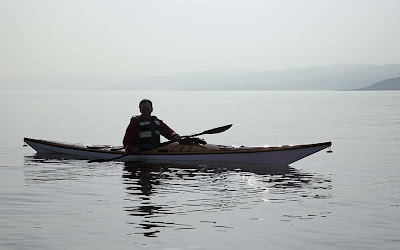 We lazed on the sands of Skipness for some time but finally, a dipping sun told us it was time to depart. 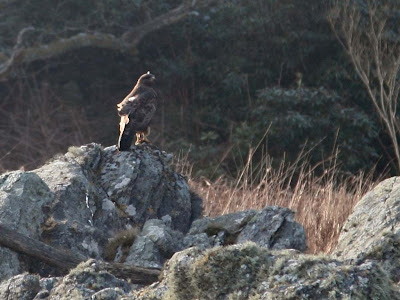 The Kintyre peninsula north of Skipness is a road-less wilderness, which tumbles from the hills into the sea. This buzzard was quite unperturbed by our passing. 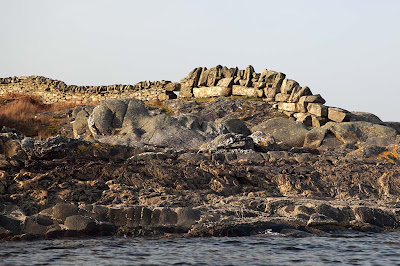 Eventually we came to a sign of previous habitation. Winter storms kept carrying away the end of the wall which separated the Campbells' lands from the wilderness. Their livestock would escape each spring and be devoured by the beasts that roamed the wilderness. Eventually the Campbells approached the famous giant, Finn McCool, and asked if he could build a wall strong enough to resist the force of the winter waves.

After much deliberation (giants are not particularly quick witted) McCool said he could build such a wall but the Campbells would need to supply him with six red haired maidens, fifty buckets of mutton stew and one hundred and fifty buckets of heather ale. The Campbells agreed, the deal was sealed and McCool built his wall in just a day. He then fell asleep, partly due to his labours and partly due to the effects of a large meal and full strength heather ale. The maidens escaped quite unharmed.