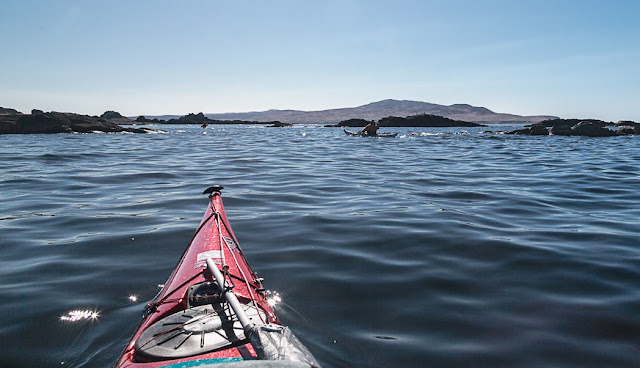 Leaving the mouth of West Loch Tarbert we made our way along the SW shore of Jura towards the northern entrance of the Sound of Islay. 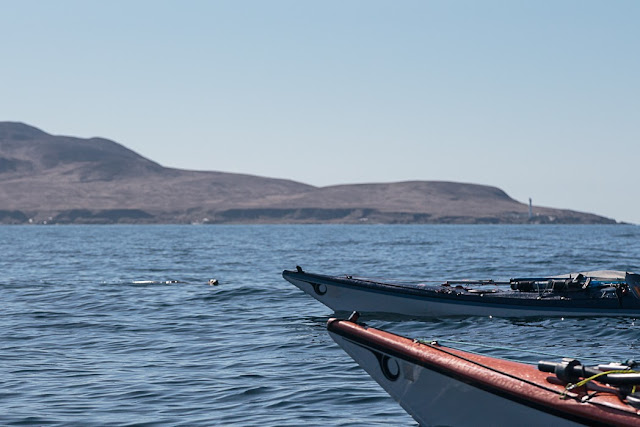 No sooner had we entered the Sound, which is guarded by the Ruvaal Lighthouse on its Islay shore, than this otter popped up right by Mike's bow, what a treat.

As we travelled over the turquoise and ultramarine water of the Sound, the Paps of Jura increasingly... 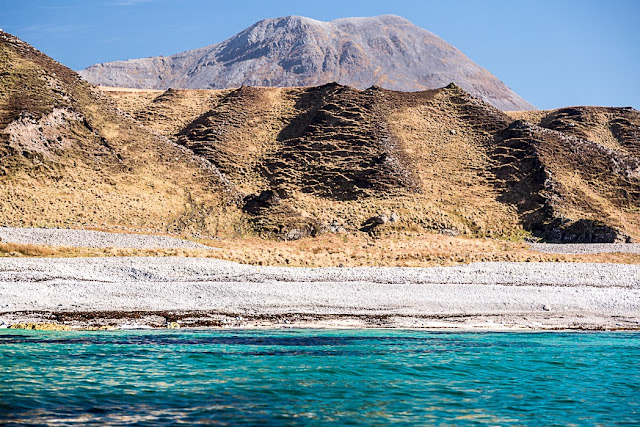 ...dominated the landscape, heaving high into the sky above a sea cliff which was now high above the current sea level. Unseen in this photo, there are raised beaches of cobbles above these old cliffs. The land and seascape of Jura is unique, even in a country of such varied geology as Scotland. 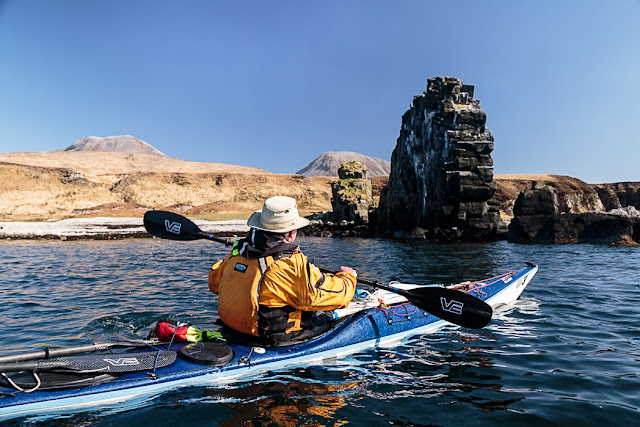 The cliffs are broken by a swarm of dykes that march down the hillsides and down into the waters of the Sound. 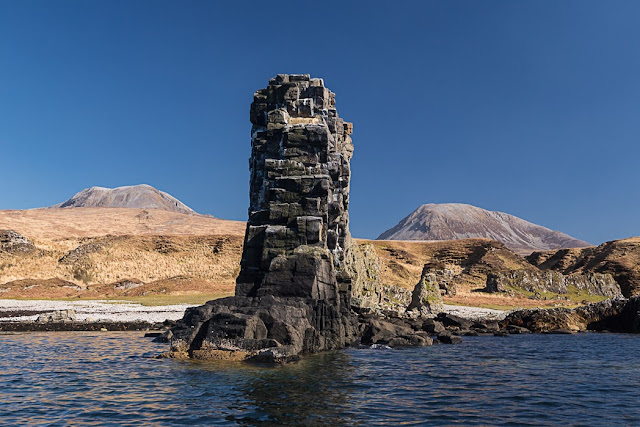 This particularly fine priapic (if that is not an oxymoron when discussing a dyke) specimen is a potent landmark which can be found to the WNW of Loch na Sgrioba (loch of the furrow). 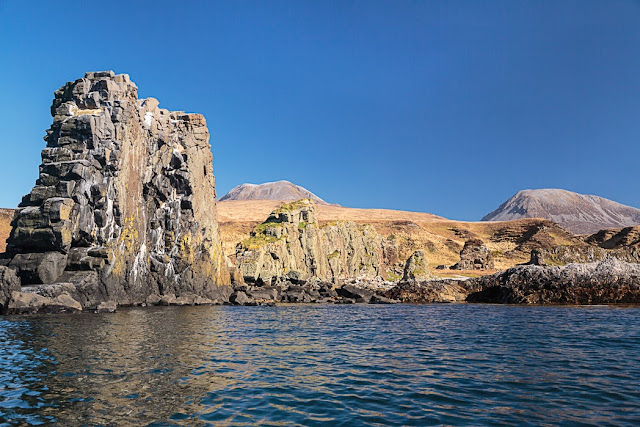 Jura really is a stunning place to paddle but it was now 14km since we had had a decent stop so we took a break... 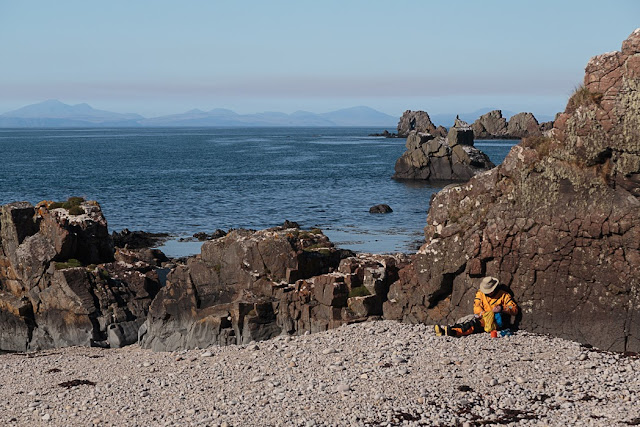 ...on a little cobbled beach that nestled within a swarm of dykes. We took our second luncheon with our backs to a sun warmed basalt dyke which sheltered us from a cold north wind. We toasted ourselves with a further snifter of Jura Superstion. We had plenty of time as the tide was still running north. 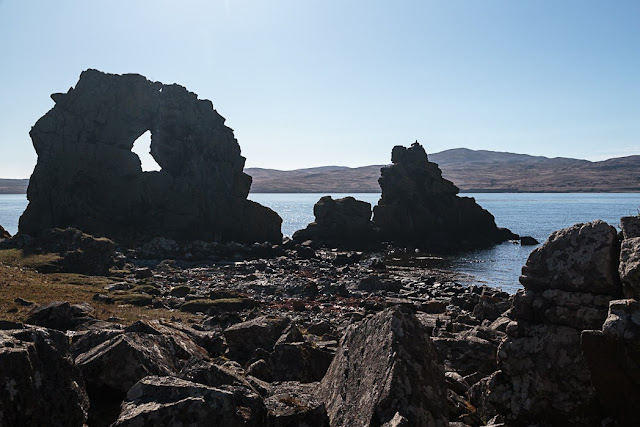 We attempted a little coastal exploration while waiting for the tide to turn. 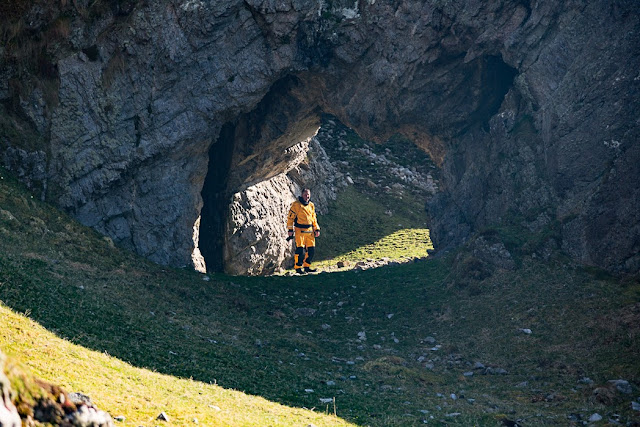 We managed to get through some arches and ... 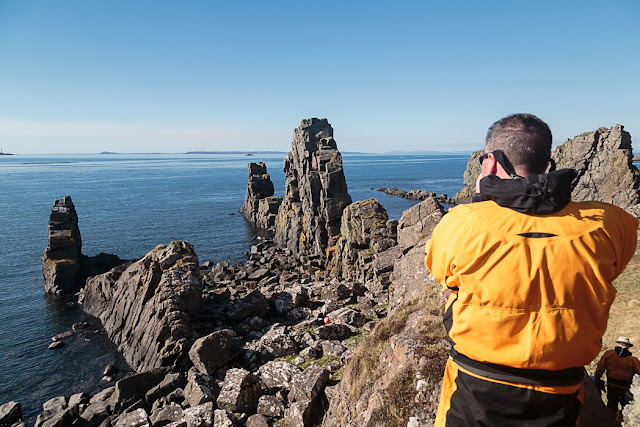 ...scrambled up some ledges but turned back above these dykes as we were on steep sloping grass that ended above some cliffs. 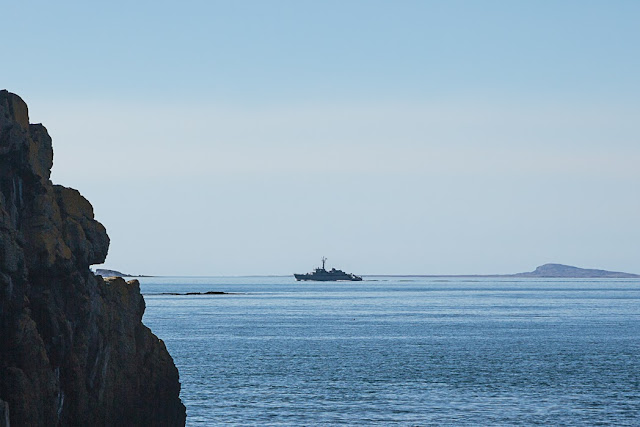 From our vantage point we spotted a French mine warfare vessel, possibly M642 FS Cassiopée. She was taking part in the Joint Warrior NATO exercise. 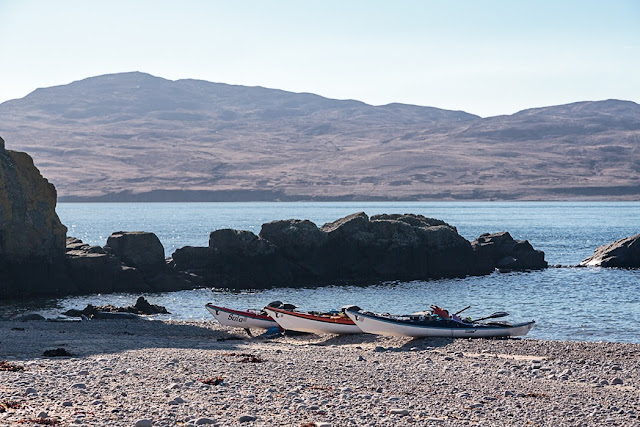 Back at the beach, the tide had turned, it was time to set off on the last leg of our journey...
Posted by Douglas Wilcox at 8:00 pm No comments: