Scarp, a kyles too far and a phone too few. 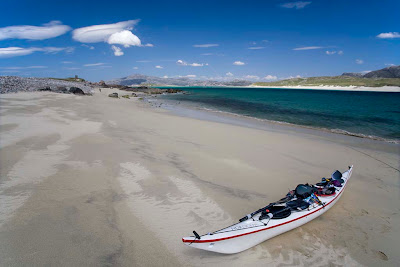 Crossing the Caolas an Scarp we made landfall on the island of Scarp. Although the distance across the kyles is only 430 metres, the shallow channel can be very turbulent in wind and swell conditions. The islanders felt very isolated when they were marooned on the island for long periods. The last two families evacuated the island in 1971, some four decades after the evacuation of the apparently much more isolated St Kilda. The final decision came after a storm carried away the submarine telephone link between Scarp and Harris in 1970. The phone company decided not to replace it and the islanders left shortly afterwards. 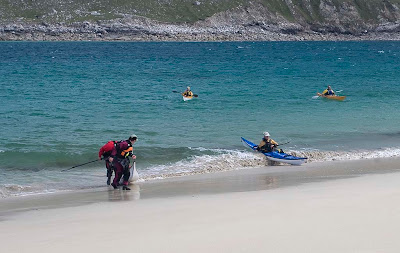 Even on a calm day landing at Scarp could be tricky with swell coming round both sides of the island. We timed our landings on the smaller sets and everyone got ashore dry. 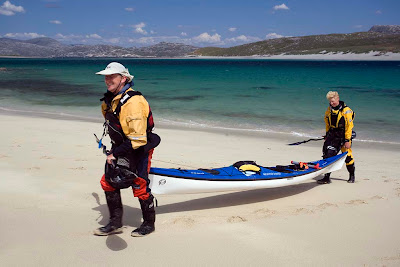 We were ready for a leisurely second luncheon and carried the kayaks well above the surf... 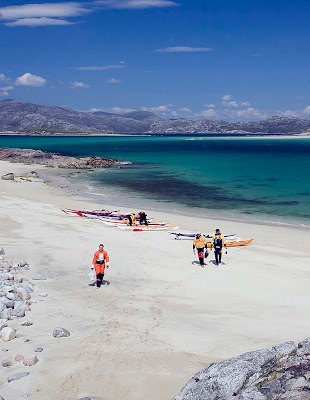 ...before making our way to the dunes between the beach and the abandoned village. 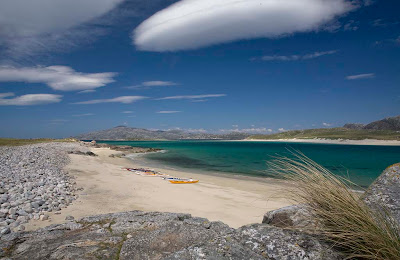 Its inhabitants may now have left but what a place for a break on a summer's day!