To Boreray and the Stacs 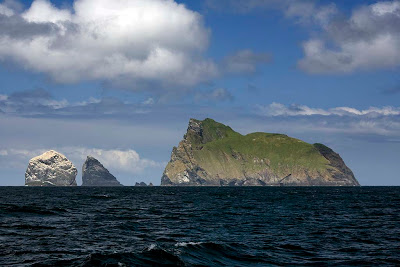 About 7km to the NE of Hirta lies one of the most dramatic island groups in Scotland: Boreray and the Stacs. MV Cuma now made her way between Boreray and Stac Lee, round Stac an Armin and then round the far side of Boreray before returning to Harris. 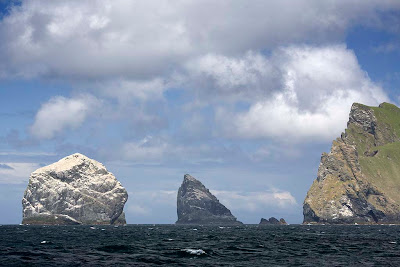 These scraps of land way out in the Atlantic form part of the rim of a volcano which was formed as the plates on either side of the Atlantic Ocean began to separate. Here we see Stac Lee, Stac an Armin and Boreray. The St Kildans visited each of these islands, usually in August, to harvest sea birds. They also kept sheep on Boreray. There are no beaches to land and leave a boat. They were dropped off by a boat heaving up and down in the Atlantic swell and had to climb up the steep rocks above. 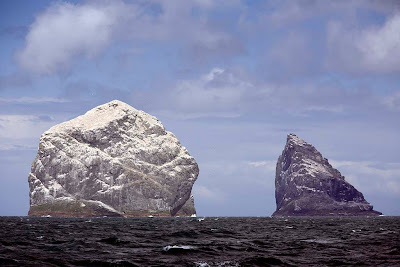 Stac Lee and Stac an Armin are the two biggest sea stacks in the British Isles.