Due to various health problems I have not posted much here recently mainly because I have not gone anywhere. However, I managed to get myself north to Glenelg on 28/4/2021 to join Ian from Mountain and Sea Scotland and friends. It is the furthest I have driven, furthest I have paddled and the most nights I have camped out in over 4 years. 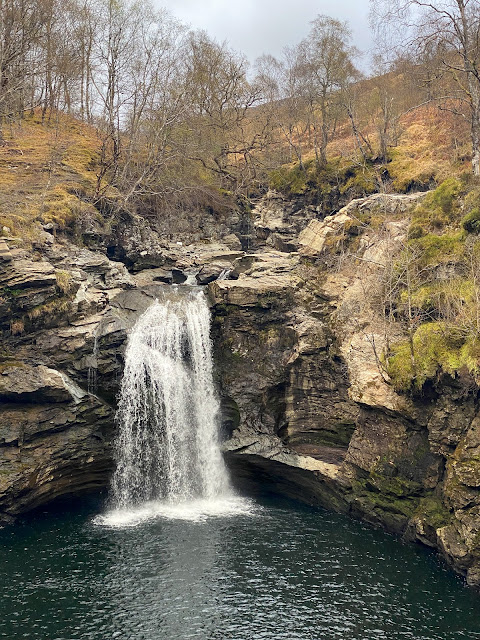 I get easily tired these days and though previously I have driven to Loch Hourn, paddled and driven back in a day, I now stop every hour. I left Glasgow at 6am and my first stop was at the Falls of Falloch north of Loch Lomond. 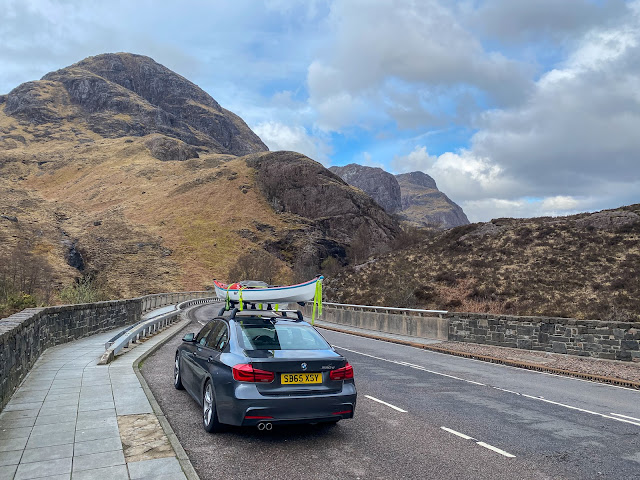 My second stop was under the Three Sisters of Glencoe where 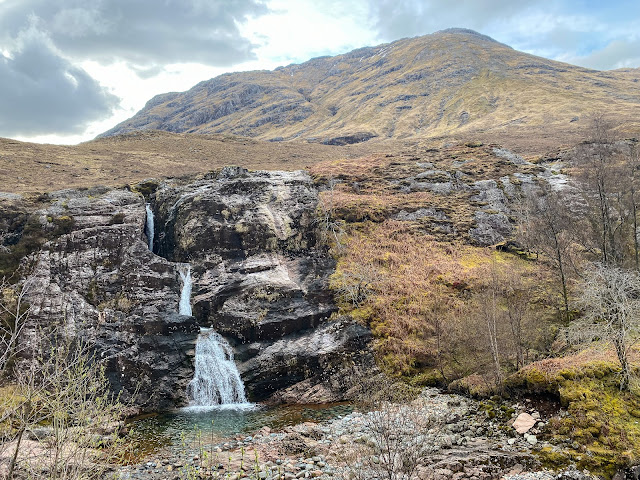 the Alt Lairige Eilde tumbles into the glen over a series of three waterfalls. I also stopped at the Spean Bridge Commando Monument but there was no view to Ben Nevis due to fog. A further stop at the Loch Garry viewpoint was equally disappointing, due to a large forest having grown up and completely obliterated the view. Goodness knows what tourists make of it.

A final stop near the summit of the Mam Ratagan pass above Loch Duich gave a splendid view to the Five Sisters of Kintail. 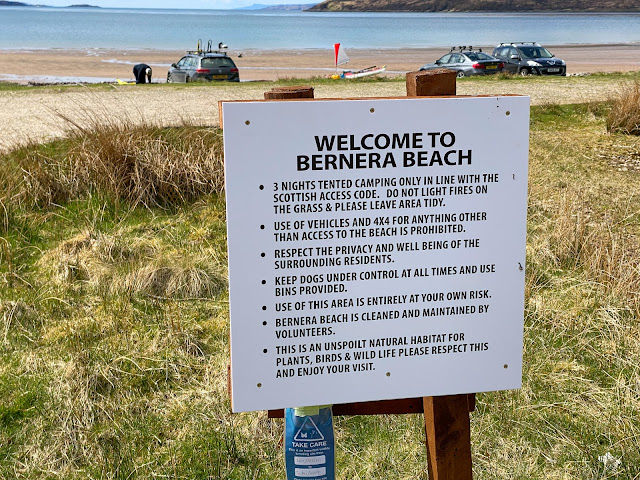 Glenelg lay at the foot of the far side of the pass. We had wondered if we would get parked as all the likely spots are usually taken by motor homes. 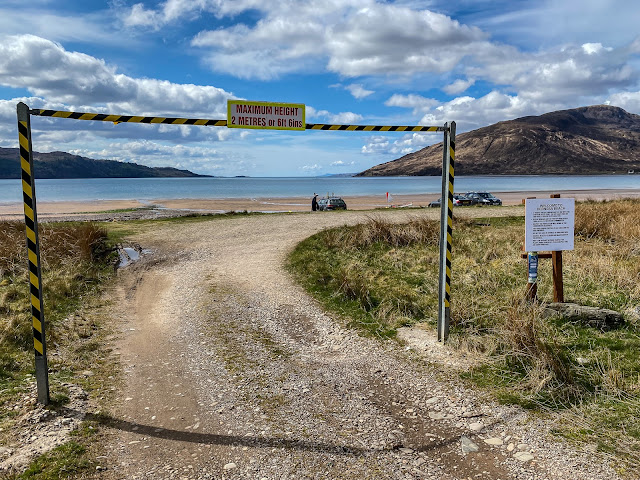 Before we left the cars we asked several locals. It turns out the popular Bernara beach was blighted by a few of the many camper vans who visit staying for weeks at a time and dumping sewage onto the beach. The community erected a 2 metre barrier which has kept all camper vans out. That is unfortunate for the responsible owners but was fortunate for us. 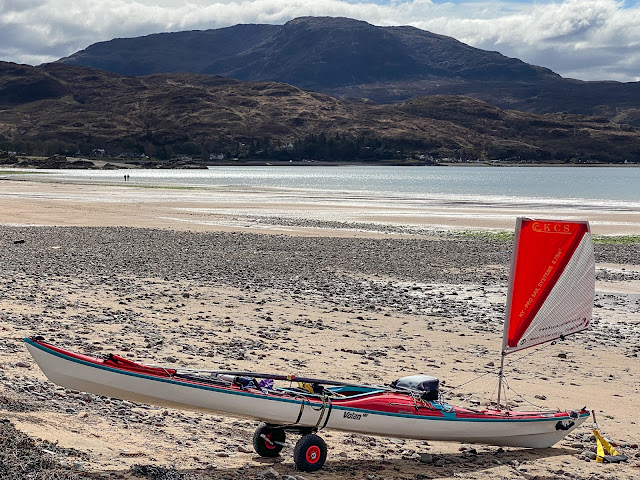 Soon we were loaded up and ready to go, though the tide was a long way out as it was spring tides. 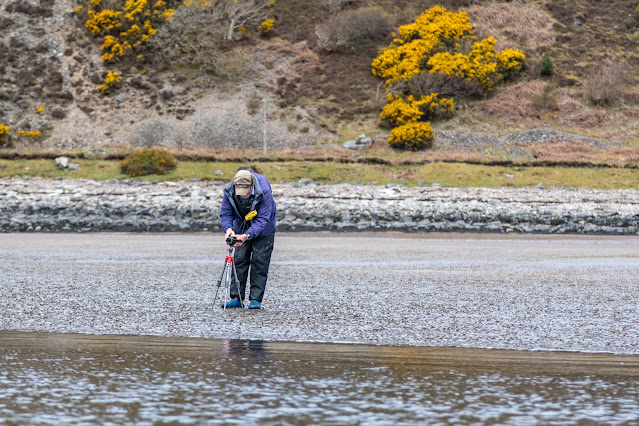 My brother Donald came along in his small 2.75m Rib and 6HP outboard... the Guppy. He has made a video of the trip. 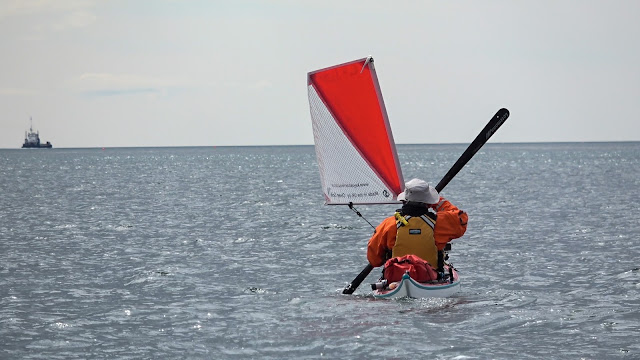 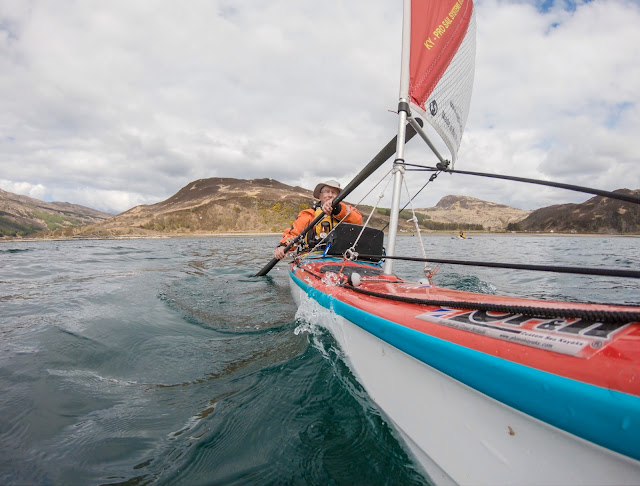 Soon we were on our way with an increasing tail wind. 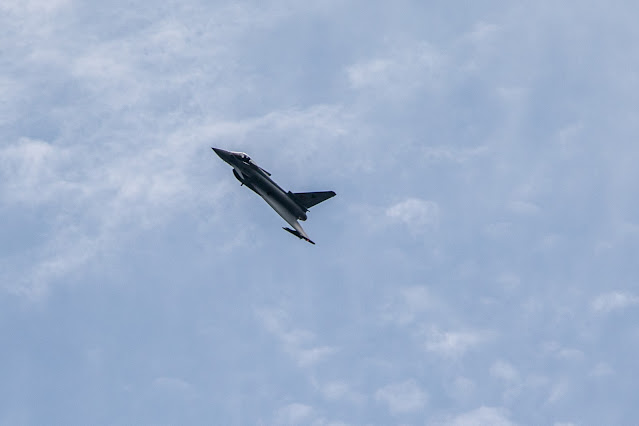 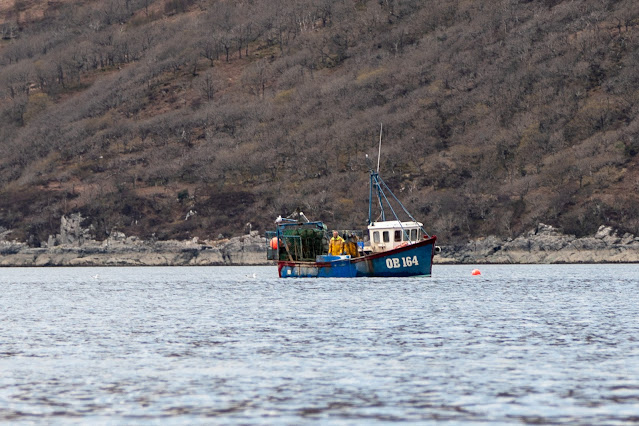 we got a cheery wave from the local prawn boat OB164 MAIREAD M. I hope everyone was happy to see the return of tourists. 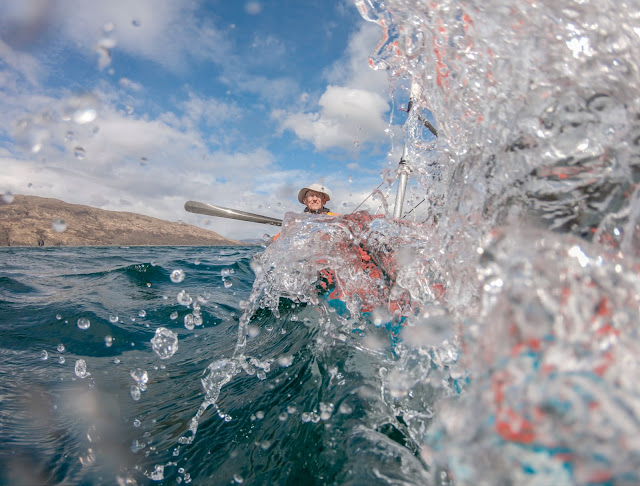 The wind quickly picked up and my camera stayed in its dry bag. The GoPro did capture 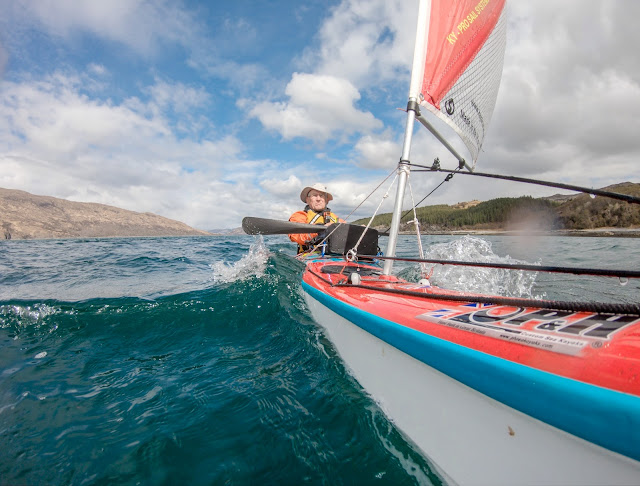 some of the sense of freedom after the long winter lockdown. 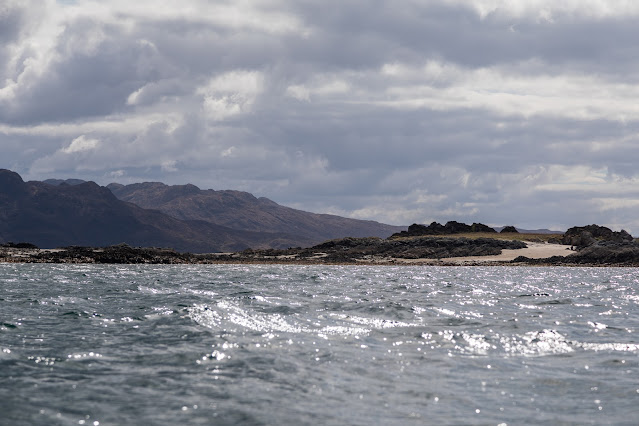 All too soon it was time to drop the sail and land on our chosen spot for the night, an offshore reef with a white shell sand beach. 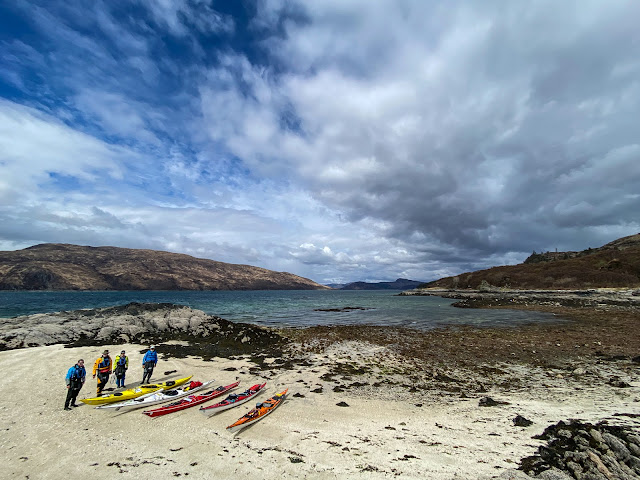 It was now spring low water so we had a long carry. 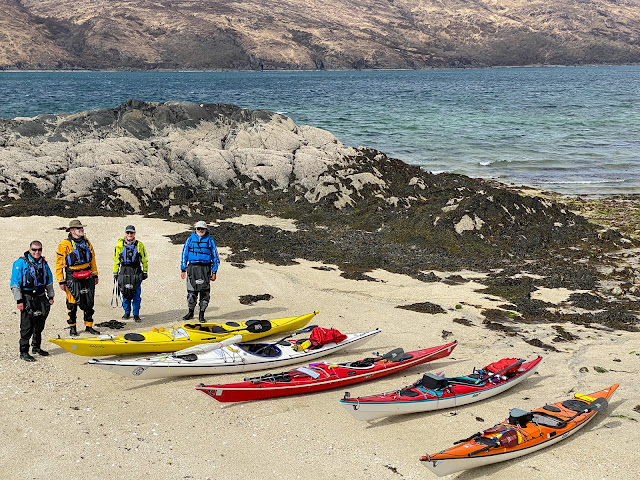 The kayak crew were Ian, Allan and his wife Lorna and his brother Raymond. My brother Donald had motored the Guppy round to the lee side of the reef where he would line it in as the tide rose. We were set for our first camp together in quite a few years. Our end of lockdown adventure had begun.
Posted by Douglas Wilcox at 9:03 pm 6 comments: