Is it worth paddle sailing up wind and up tide across the Lynn of Lorn? 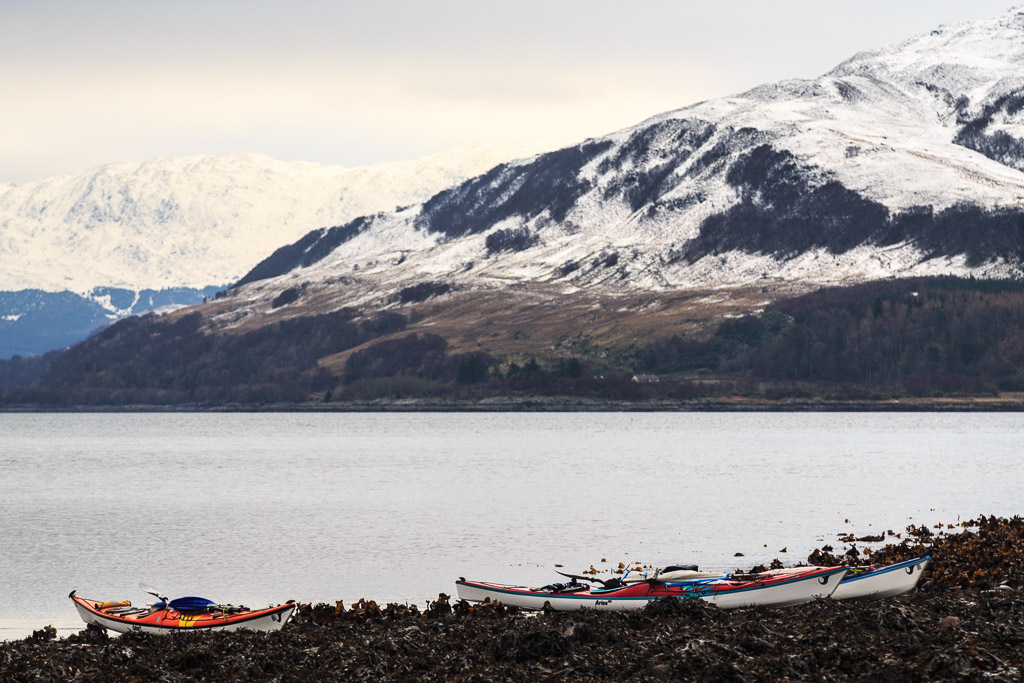 It was now time to leave the north of Shuna. The flood tide had already reached the boats. 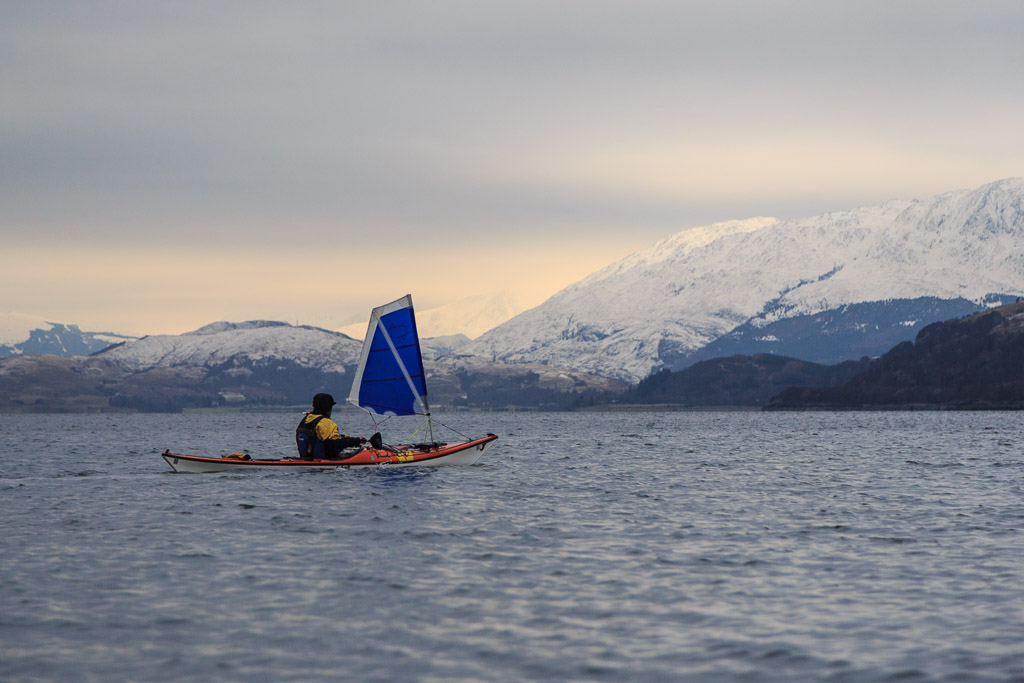 We managed to get the sails up for a short paddle across the north end of the island but...

...as soon as we turned south down the Sound of Shuna we faced a head wind and the north going tide. 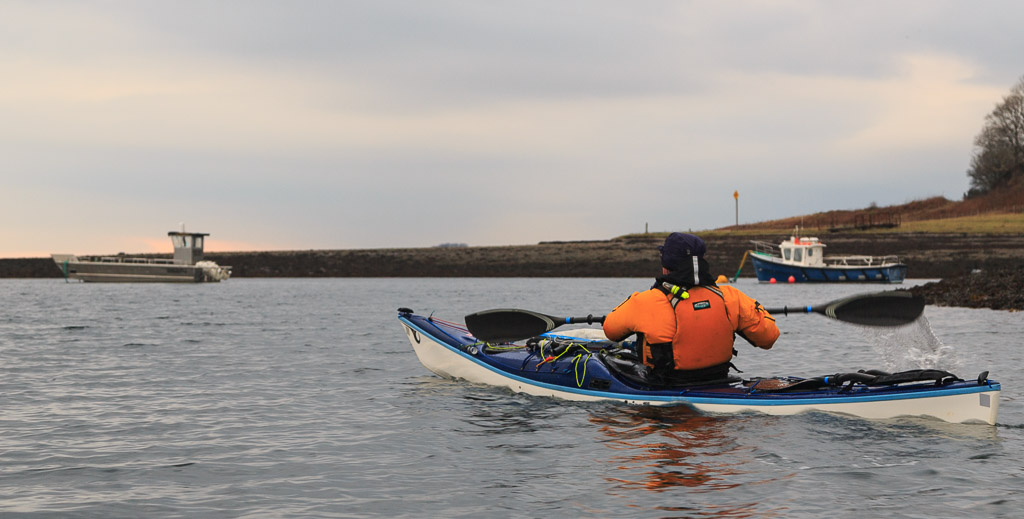 The mooring for the Shuna farm work boats is on the east of Shuna. 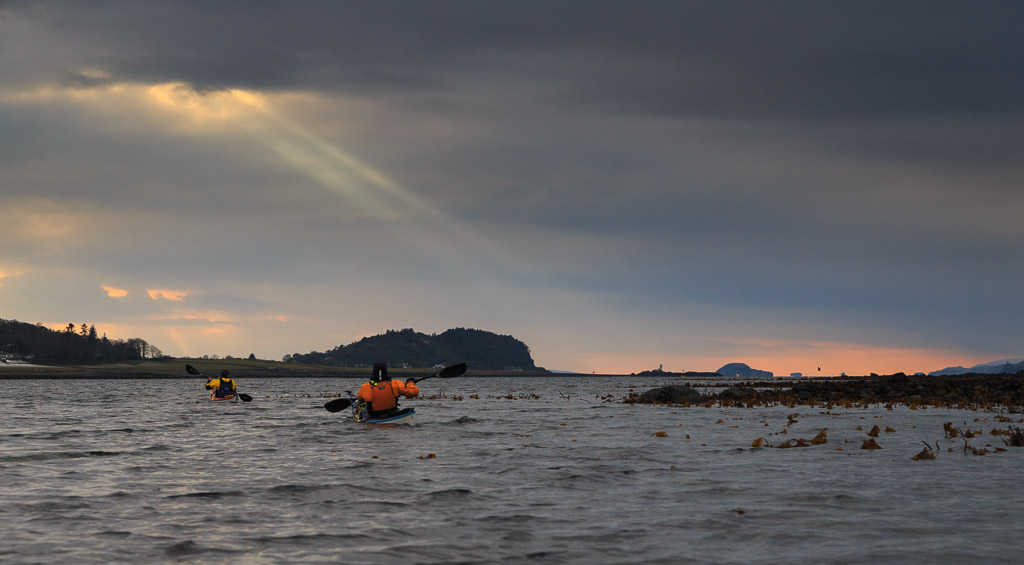 As we progressed down the Sound of Shuna there were some bursts of sunlight and... 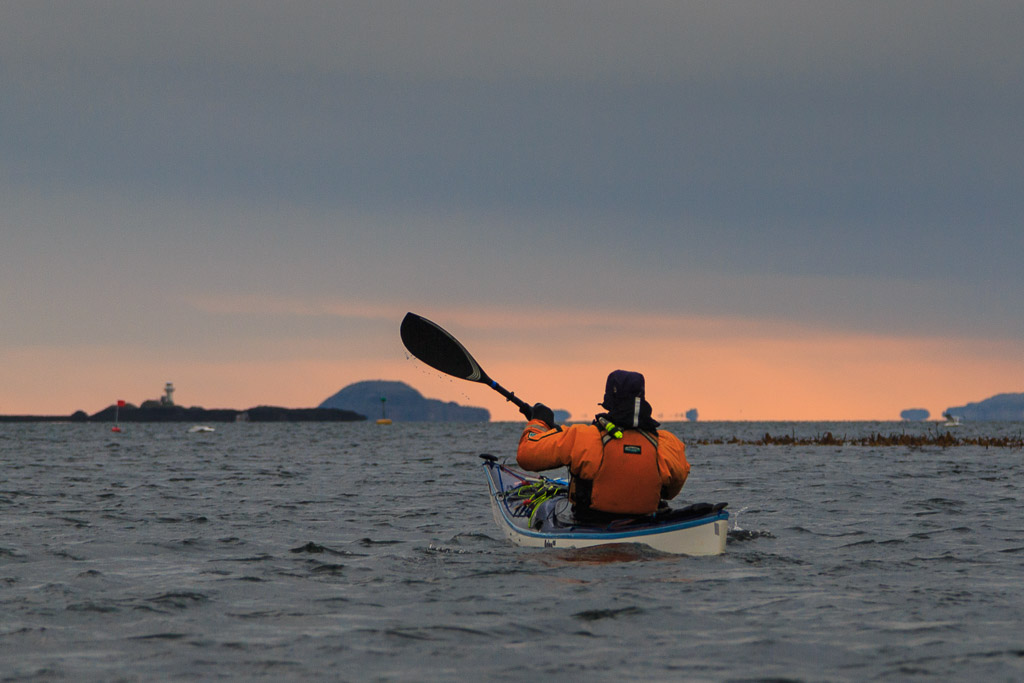 ...to the south the Sgeir Buidhe lighthouse and Eilean Dubh stood out against the glowing sky above the Lynn of Lorn. 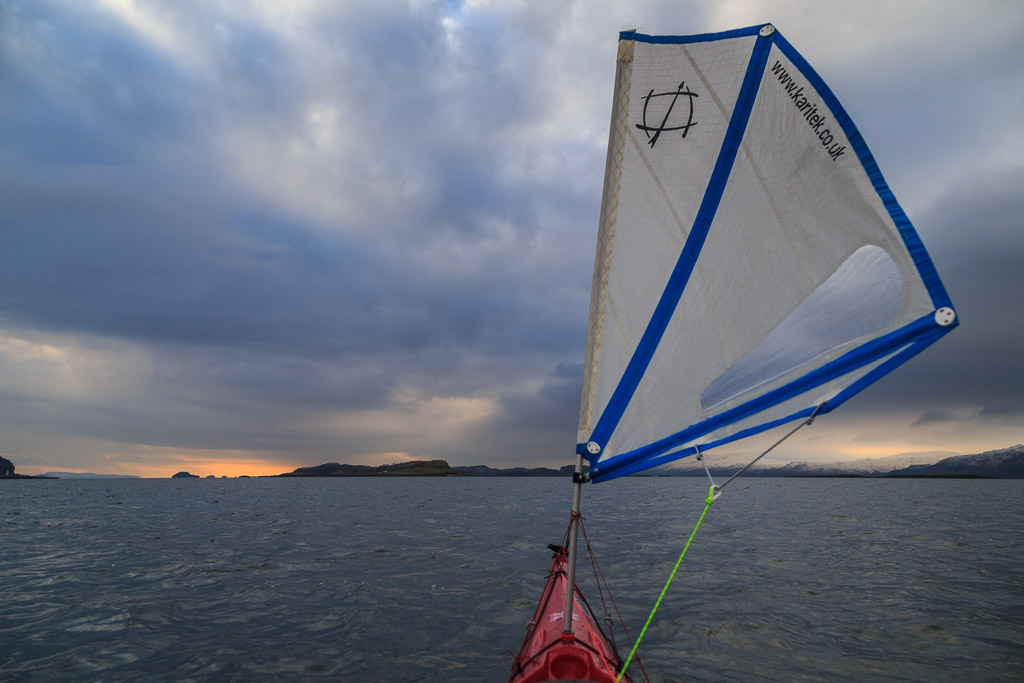 From the south end of Shuna it is 1.75km across the north end of the Lynn of Lorn to Eilean nan Caorach (sheep island) which lies off the NE tip of Lismore. The offshore wind was gusting quite badly so Mike and Ian decided to paddle and I stuck my sail up. Although I started on a beam reach, our route took us across a tide that was running at 2 knots. Even maintaining a high ferry angle I ended up paddle sailing close hauled. 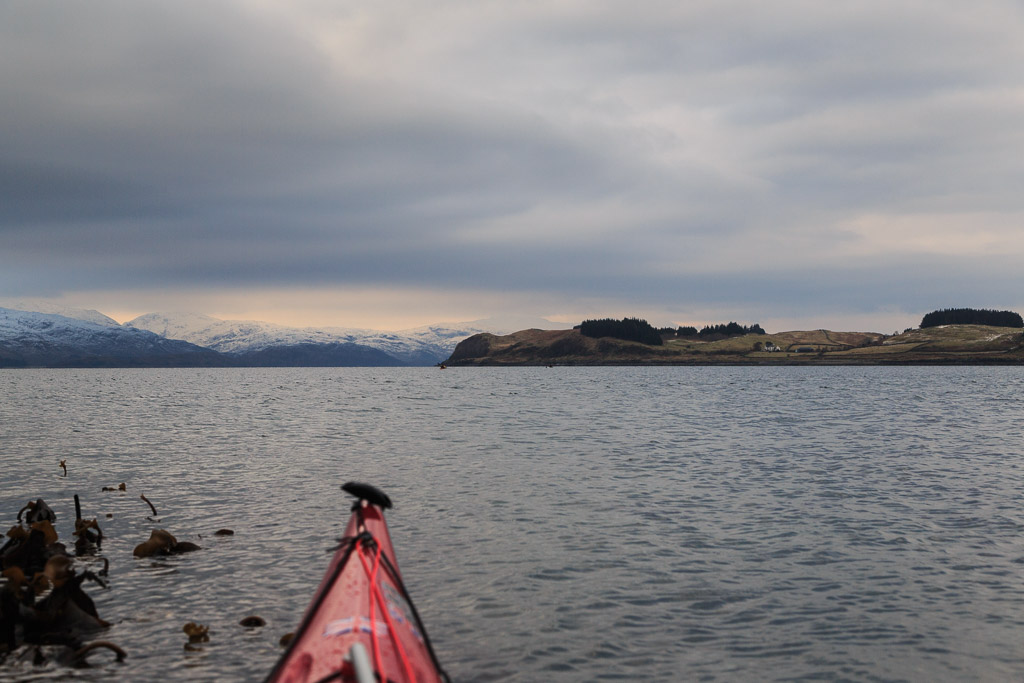 This is on Eilean nan Caorach looking back at Shuna.  First of all, note how far down tide (to the left) Ian and Mike have been carried, we set off from the south end of Shuna which is out of picture to the right. Secondly, many people say it is not worth paddle sailing close hauled as the kayak will not plane to windward. However, I beg to differ. I paddle sailed the crossing and arrived 4 minutes and 35 seconds before Ian and Mike arrived by paddling alone. 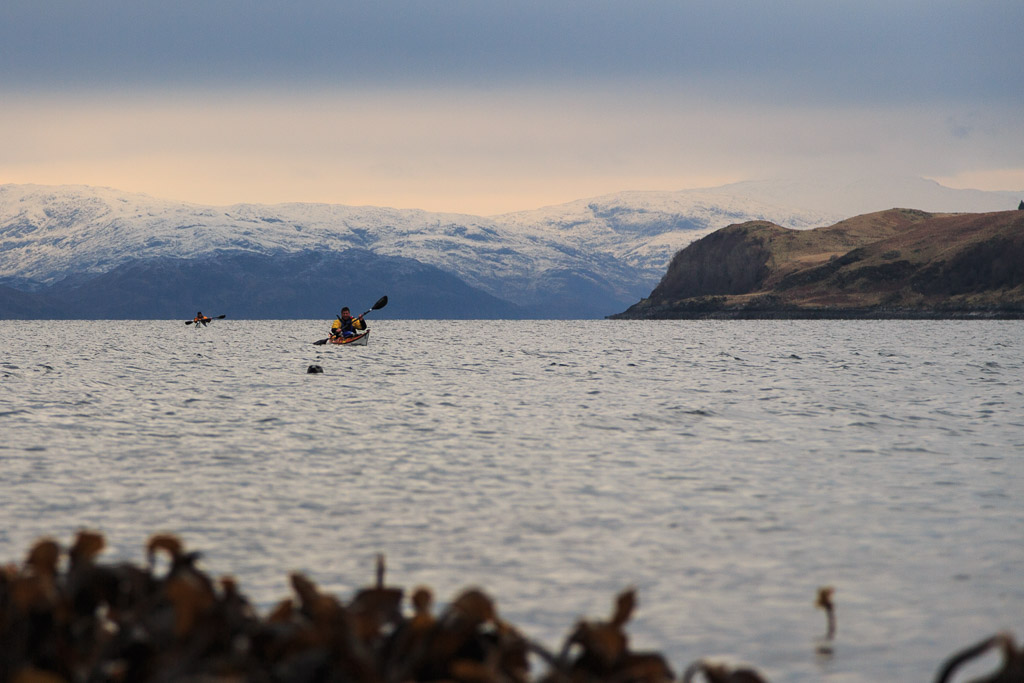 As you can see, they were in the tide a lot longer and got carried well down tide. 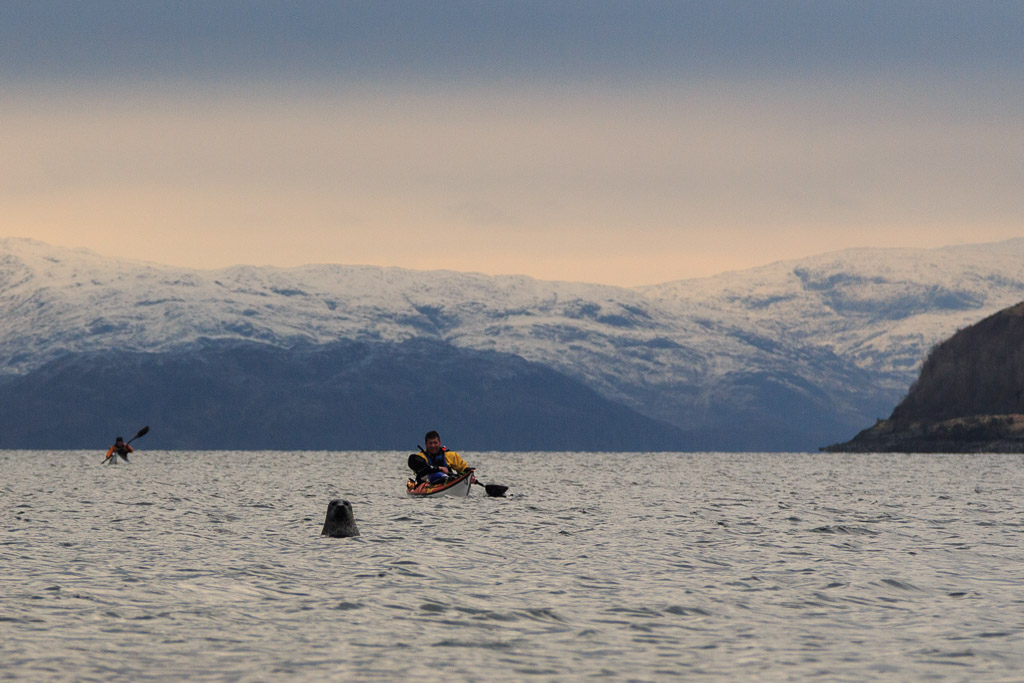 This seal was so busy looking at me he did not notice Ian's approach. It disappeared with a huge splash as... 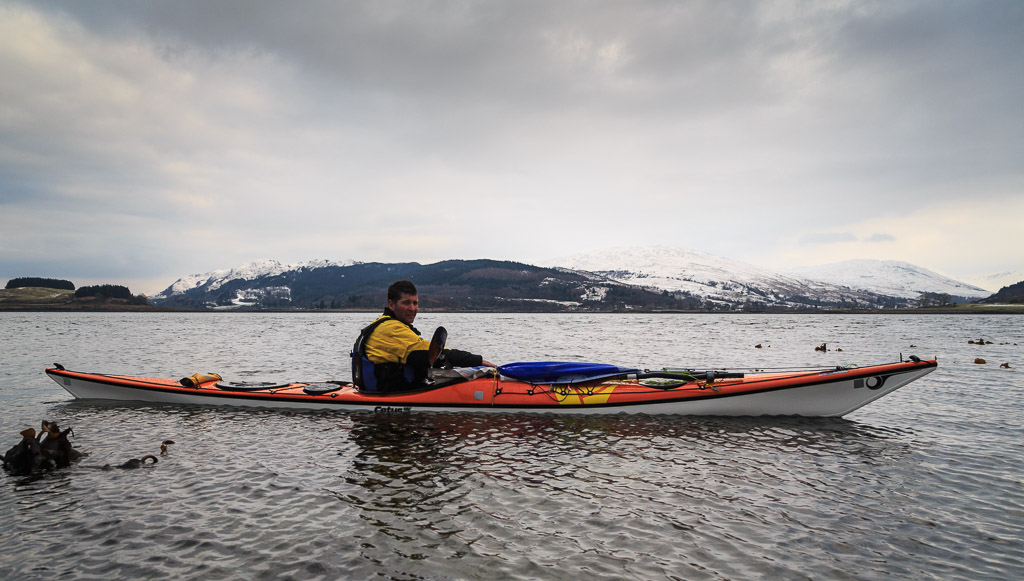 ...Ian passed and finally arrived on Sheep Island. I rest my case m'lud!
Posted by Douglas Wilcox at 2:32 pm No comments: